Zim making progress amid the ‘madness’ 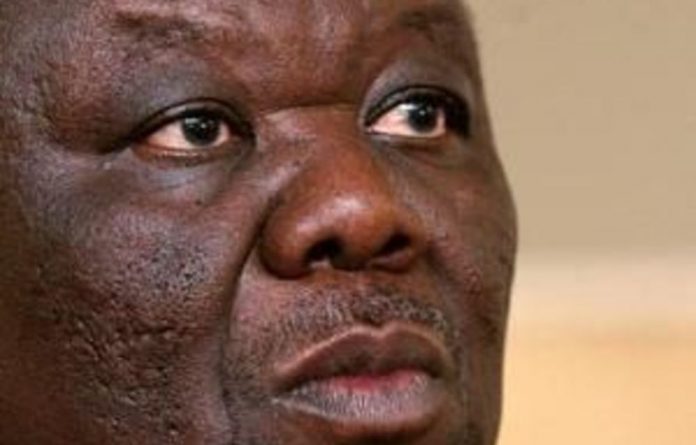 “The progress is tangible. There are medicines in the hospitals, food in the supermarkets and water in the taps,” he said at the “The Future of Zimbabwe Summit” in Johannesburg, hosted by the Economist.

Inflation had fallen into single digits and 7% growth was expected for the country this year.

“But the madness has not been completely eradicated. We are in a coalition and that is difficult. I share the frustration that the pace of reforms is slow, but the pace is realistic when you consider where we’ve come from.”

Tsvangirai was referring to the power-sharing agreement between his party, the Movement for Democratic Change and President Robert Mugabe’s Zanu-PF, which came into being in February 2009, following a run-off election in June 2008.

“It’s easy now to forget the madness and what was done to our country and its enormous prospects. Only in 2009 did the inclusive government begin to rebuild and restore.

“Prior to this, growth was substituted by looting and inflation destroyed pensions and even lives,” Tsvangirai said.

He said there had been a range of “misguided” policies in place to keep the previous regime in power.

“We, the victors have now been forced to make a deal, and this was not an easy decision.”

Tsvangirai said no one would have expected him to sit down with Mugabe “and converse as human beings”.

“But that is the reality of the political situation in Zimbabwe today. There is this process of conciliation.”

Looking to new polls
Tsvangirai told party supporters last weekend that he and Mugabe had agreed elections would come in 2011, an idea both men have floated in recent months.

“When I last saw President Robert Mugabe he said the prevailing peace was ideal for us to go for an election, and this time we agreed that whoever loses should make way for the winner,” he said, according to the Standard newspaper.

Justice Minister Patrick Chinamasa told Agence France-Presse earlier in September that no decision has been made, saying Mugabe and Tsvangirai have yet to give instructions on an exact date.

“The issue of elections is being addressed by the principals,” he said. “We just wait for instructions.”

The idea of new elections is increasingly showing up in public debate, despite doubts the country is ready for a new face-off between Mugabe and Tsvangirai.

Finance Minister Tendai Biti, a top aide to Tsvangirai, told business leaders last week that he had already set aside a budget for the polls, after discussing with Mugabe, even though the cash-strapped country can barely pay civil servants.

“I am going to budget for the election next year. That means that $200-million is already gone in an economy such as this one, which is a disaster if you ask me purely from a fiscal point of view,” he said.

Electoral officials warn that even basic preparations are far from ready.

“As it is, the voters’ roll is in disarray,” Zimbabwe Electoral Commission chairperson Simpson Mutambanengwe said recently.

The unity deal calls for holding elections under a new constitution, but that process has barely gotten off the ground.

The government has made some reforms to expand media freedoms, allowing new newspapers to publish and making it easier for foreign journalists to enter the country.

But analysts say a rush to new elections would invite a repeat of the political violence that marred the 2008 contest.

“It would be literally impossible to oversee free and fair elections next year because of vested interests by those calling for elections,” independent political analyst Takura Zhangazha said. “Our political culture has not changed over the past two years, unless if we want a repeat of history that occurred in 2008.

“Elections should be democratic, informed by a democratic legal framework, and democratic political space, and we do not have that right now in the country.” Sapa, AFP