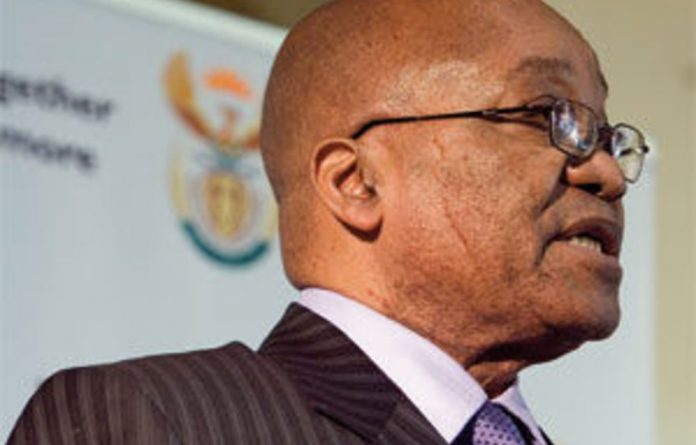 In a survey of eight of the nine provinces the Mail & Guardian found the ANC provincial branches broadly in agreement on many of the key issues expected to be addressed at the national general council (NGC) meeting which begins in Durban on Sunday.

According to the provincial leaders the M&G spoke to, the provinces will call for a return to the ruling party’s values, oppose President Jacob Zuma’s proposed Bill to stop party cadres from holding senior municipal management jobs and will support nationalisation, as well as the proposed media tribunal.

Zuma’s Bill, which is now before Parliament and would amend the Local Government Municipal Systems Act, is supported by just one of the eight provinces surveyed.

While nationalisation will be broadly supported by the provinces, ANC provincial leaders said it would take a different format to that proposed by the ANC Youth League.

Gauteng
Provincial secretary David Makhura said Gauteng would favour the renewal and restoration of the ANC’s core values, such as discipline in the party, which he felt had been eroded. Gauteng will propose the formation of an “integrity committee”, a watchdog for the conduct of ANC members and leaders, particularly those ­holding public office.

Gwede Mantashe will be stuck between a rock and a hard place at the upcoming ANC national general council. With pressure from both Cosatu and the ANC youth league, Mantashe will no doubt have to harness all his political knowhow to get through the NGC.

Gauteng is standing firm on its disagreement with the proposed law to ban ANC leaders from managing municipalities. Said Makhura: “The main concern should be whether people employed in all spheres of government are competent or not.”

The province will also suggest that more time be allocated to further “explore” and engage ANC structures on the proposed nationalisation of mines.

Eastern Cape
The province rejected the national executive committee’s earlier decision to prevent political party office-bearers from holding administrative positions in municipalities. It is calling for a summit to discuss the future of the tiers of local government and district municipalities.

There is also a call for councillors’ salaries to be paid by national government and be aligned with that of members of Parliament and members of provincial legislatures.

The Eastern Cape resolved that the nationalisation of mines should be approached from a “broad strategic perspective” that would link nationalisation with industrialisation and ensure it was used to broaden the ownership of the economy beyond the state to include the community and empowerment.

There was also a call for the NGC to instruct government to give a once-off capital injection for bulk housing infrastructure.

The province’s support for the media appeals tribunal will include a proposal for an institute to be created which would manage government advertising in newspapers and use the possibility of withdrawing advertisements as a “punitive measure” against the media.

This is the only province that raised the concern that ethnicity was deepening within the ANC and that the concept of African leadership was being “abused” to serve a narrow, chauvinistic nationalist agenda.

KwaZulu-Natal
According to ANC provincial secretary Sihle Zikalala, the state of the movement emerged as a major concern at the recent provincial general council. Careerism, tenderpreneurship and ill-discipline were all symptoms of a disease that “compels us to undergo a serious process of organisational renewal”, said Zikalala, who proposed more intense political schooling for party members.

He said the province was calling for a freeze on government salary increases “from the president to ministers to directors general to middle management”.

In spite of attempts by the provincial youth league to push for a strongly worded resolution on the nationalisation of mines, the province is taking a nuanced approach. It says it supports nationalisation, but suggests “state intervention” in the sector, as well as other sectors, such as agriculture, to better ensure jobs and salaries.

The province is fully behind the formation of a media tribunal.

North West
This province has taken the youth league’s cue on the majority of its resolutions. Provincial task team co-ordinator Saki Mofokeng said the province would call for a review of the willing buyer-willing seller land policy to give more power to government to effect land restitution.

“With the current policy, the other party has got more power and that party happens to be the current landowner,” said Mofokeng.

The province also supports the nationalisation of mines, but with an extension of nationalisation to financial institutions, beginning with the Reserve Bank. The province will further advocate a generational mix in the leadership as one of the essential elements of organisational renewal.

The North West was the only province to firmly support Zuma’s Bill on the deployment of cadres in municipalities. Said Mofokeng: “The emphasis is that you cannot become a political leader and a mayor at the same time, just like a DG cannot be a leader in the political party.”

Free State
While discipline and the restoration of ANC values will definitely be on its agenda, the province is not yet convinced by the youth league’s evidence of the feasibility of the nationalisation of mines.

Provincial secretary Sibongile Besani said the Free State was not hostile to nationalisation. But, while appreciating the research and case studies done by the youth league, Besani said the evidence was not substantial enough.

Besani emphasised the province’s rejection of the amendment to the Local Government Municipal Systems Act: “If political parties have a problem with their members in any sphere of government, there should be an internal political solution for the problem. This Bill assumes that the problems in municipalities are as a result of politicians.”

And the province promises to remind the SACP and Cosatu who the leader of the tripartite alliance is. Said Besani: “We reaffirm the centrality of the ANC.”

Northern Cape
The Northern Cape believes there are “glaring signs of moral and ideological degeneration” in the broader alliance and it “fully supports” the media appeals tribunal and the need to transform and diversify the media. There is also support for the nationalisation of mines “in the context of transforming the economy for the benefit of the poor”.

Regarding the proposed Bill preventing party officials from holding positions in municipal administration, provincial spokesperson Monwabisi Nkompela said the province “welcomed its thrust … what it seeks to do is professionalise municipalities and enhance service delivery”, but said it needed to be deliberated further at the NGC.

Limpopo
On top of Limpopo’s agenda is ill-discipline, an issue the province wants the NGC to take a firm position on. Limpopo’s recommendation is to ban slogans that pit cadres against one another, said provincial spokesperson Ishmael Kgetjepe. It will also call for the resuscitation of the ANC’s earlier position that party paraphernalia should use the face only of the sitting president.

Limpopo regards nationalisation as “an option” in efforts to transform the economy, but like many of the provinces, would prefer the state to intervene.

“The NGC should discuss to what extent the state should intervene,” Kgetjepe said.

Western Cape
The province has called for a media charter to deal with ownership and transformation of the sector and supported proposals for a media tribunal. It wants government to investigate the possibility of setting up provincial and local newspapers in indigenous languages.

It also called on government to “ensure that our national/provincial resource endowments, including land, water, minerals and marine resources, are exploited to effectively maximise the growth, development and employment potential embedded in such assets, and not purely for profit maximisation”.

The role of state-owned enterprises in broader socioeconomic transformation needs to be reviewed since they had a “critically important role to play in accelerating economic transformation, ownership patterns and the affirmation of black people”, the provincial governing council resolved.

The province emphasised the need for the creation of a state bank for cooperatives.

Mpumalanga
Mpumalanga was still formalising its position by the time the M&G went to print, but the M&G learned through sources close to the provincial leadership that the nationalisation of mines would be supported.