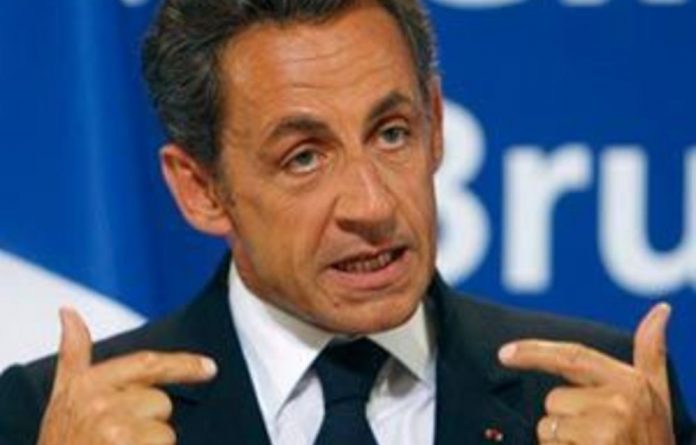 A European row over France’s repatriation of Roma escalated on Friday, pitting President Nicolas Sarkozy against Germany’s Angela Merkel, who was forced to deny his assertion that Berlin also planned to clear camps.

The dispute, which overshadowed a European Union summit on Thursday, inflamed already tense relations between the leaders of the bloc’s two biggest countries, whose contrasting styles often result in friction, despite both being conservatives.

Sarkozy said at the summit he had Merkel’s support in a row with Brussels, which accuses Paris of breaking EU law by sending Roma migrants back to Romania and Bulgaria. One top EU official went as far as to recall the Nazis’ persecution of the Roma.

“Madame Merkel indicated to me her desire to proceed with the evacuation of camps in the coming weeks,” Sarkozy told reporters at the end of the summit.

Germany denied Merkel had said any such thing, with government officials going into overdrive to dismiss Sarkozy’s comments while trying to limit any damage to the Franco-German relationship that is at the core of the EU.

Historical sensitivity
The Roma issue is loaded with historical sensitivity in Germany, heightened after European Justice Commissioner Viviane Reding — referring to Nazi Germany’s persecution of gypsies during World War II — said on Tuesday she was afraid of a return to ethnic targeting and Europe’s dark past.

“The issue of the Roma here in Germany played no role at all in the talks between the chancellor and the French president,” Merkel’s spokesperson said in a prepared statement in Berlin.

“For German-French relations, other forward-looking projects were far more important, much more interesting at this summit — for example the preparation of the G8 and G20 meetings under French chairmanship next year,” he added.

Germany had already issued a statement saying Merkel spoke neither during the EU summit nor with Sarkozy about “supposed Roma encampments in Germany”, but that Berlin supported France “with regard to the form and tone” of Reding’s criticism.

Germany has no such camps, the government spokesperson said.

Last year, Germany began sending back some Kosovo refugees — including Roma. About 900 had left by the end of July this year, less than 200 of them Roma, the Interior Ministry said. Kosovo does not belong to the EU, unlike Romania and Bulgaria.

Angry exchange
France stepped up its expulsion of Roma migrants during the summer, rounding up families in illegal camps and offering them a financial incentive to leave the country as part of an initiative by Sarkozy to tighten security.

More than 8 000 expulsions have taken place this year.

French Foreign Minister Bernard Kouchner described the exchange between Sarkozy and Barroso as “lively and sincere” but he could not confirm that Merkel told Sarkozy she too planned to repatriate Roma.

“I did not witness this although I was there throughout this particular moment,” Kouchner told French radio. “President Sarkozy did not tell me anything in particular on this issue. I do not know if this discussion was an aside.”

French Minister for European Affairs Pierre Lellouche said after meeting the head of the Council of Europe to discuss the Roma issue that there was no problem in Franco-German relations.