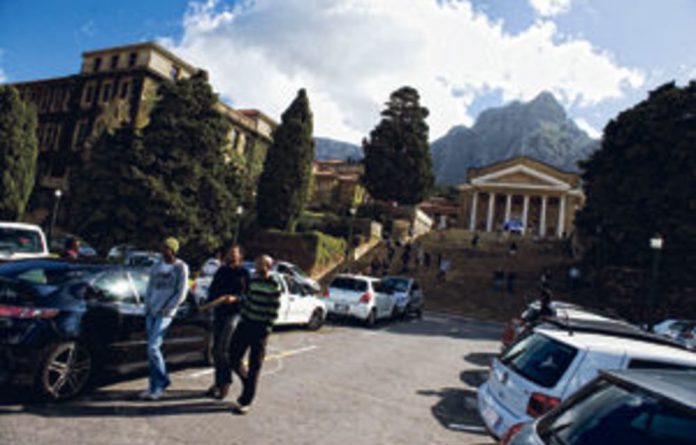 After global university rankings last week put only one South African university in its top 200 — the University of Cape Town (UCT) — a second set of rankings this week also singled out only one local university. And it is again UCT.

But a falling-out last year between the two organisations that used to produce a joint set of annual rankings and now compete against each other has raised questions about criteria used to compare any universities. In South Africa such questions boiled over in a spat this week between the Democratic Alliance and Higher Education Minister Blade Nzimande over what the rankings say about the quality of local universities.

Last week’s rankings were produced by QS, a multinational organisation based in London that describes itself as “the world’s leading network for top careers and education, linking graduate, MBA and executive communities”.

QS’s most visible contribution to South African education is made once a year when it holds a fair in Johannesburg at a five-star hotel to attract applicants for the top-dollar MBA degree.

Oxford — often paired with Cambridge as Britain’s other medieval university and as its rival in their annual boat race — was sixth.

Reporting the QS results, the Guardian noted that Times Higher Education (THE) — a publication of the British Times — was “concerned” that QS’s rankings “rely too heavily on subjective surveys of scholars and employers and not enough on hard indicators of excellence”.

THEs expression of anxiety on this score was well timed to bring some academics and all university brand managers worldwide to the brink of nervous collapse in the run-up to the release of its top 200 this week.

In the THE survey UCT rose to 107. The world’s current superpower invaded the top five positions and former imperialists Oxford and Cambridge were tied in sixth place.

In South Africa the global competition seeped into local politics when the DA tabled a question in Parliament, asking whether Nzimande had any plans to get any of our universities into the top 100. The official opposition tarnished their own scholarly credentials a tad by referring to the first set of rankings as THE‘s.

Undaunted by the opposition’s academic obtuseness, Dr Nzimande (PhD, Natal) replied at length. And the DA duly attacked his reply in a statement it released with unconcealed glee. Lost in the political dust-up was whether rankings of whatever stripe serve any useful academic purpose.