Who to watch at the ANC NGC — and why 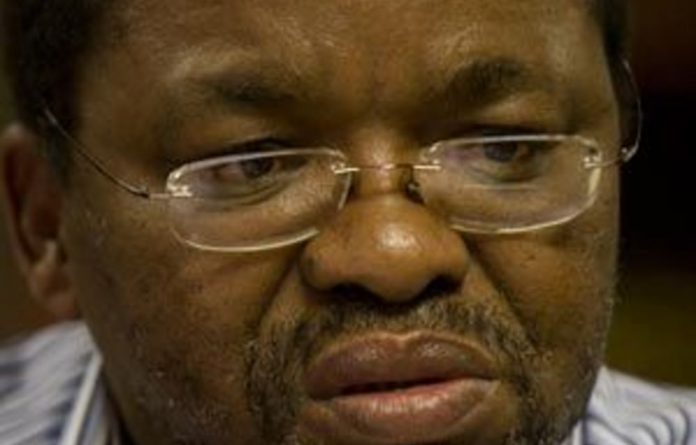 Fikile Mbalula
The ANC head of campaigns should tread carefully. He’s risking much of his future by throwing in his lot with a youth league campaign to displace Gwede Mantashe and make himself secretary general in 2012. If the youth league prevails, he is made, but if it fails, it will dent his future almost irreparably.

The ANCYL is bent on installing its former president as secretary general of the ANC — but how much noise will it make about it at the ANC’s national general council next week? We continue our series of people to watch ahead of one of the ruling party’s most important meetings, held once a term.

By the end of the conference, Mbalula will either be hoisted shoulder-high — as he was at the youth league’s national general council where he made a grand but late entrance — or be left licking his wounds if the majority of delegates decide to stand up to youth league president Julius Malema.

Even if the NGC is not an elective conference, a key objective of the youth league is to ensure that by the time the conference concludes next Friday, most delegates should be convinced that, come 2012, Mbalula will be their choice for the position.

But key questions remain. What does Mbalula bring to the post that Mantashe doesn’t? And what’s the rush? Why can’t the much younger Mbalula wait his turn?

Gwede Mantashe
At this NGC Mantashe is the hunted. But will he turn hunter? As secretary general he will be in charge of the programme, even if his detractors don’t like it. He is the man who is supposed to ensure the NGC is not derailed from its core objective of evaluating policy implementation since 2007.

But flash back to Polokwane, when then-ANC national chairperson Mosiuoa Lekota — who, with Thabo Mbeki, was a target of Jacob Zuma supporters — was humiliated in that same position. In an apparently coordinated fashion one delegate after another stood up to take issue with the way Lekota was conducting the proceedings. He was booed off stage and rescued by Kgalema Motlanthe, who brought the meeting to order.

Will the unruly boys of the youth league try to do the same to Mantashe? His supporters say the league made a mistake by announcing its intentions well in advance and that there is a plan to counter such attempts. They are convinced that the league will be surprised to find that it doesn’t enjoy as much support as it anticipates.

Jacob Zuma
It has taken only a year of his presidency and two-and-a-half years of his party leadership for some in the ANC to say it’s time for him to make way for someone else. But the NGC is unlikely to cause him any immediate harm — it’s the next two years, ahead of the next ANC conference, that Zuma has to worry about.

Who are the people to watch at the ANC’s National General Council next week? We start our series with a look at President Jacob Zuma, ahead of one of the ruling party’s most important meetings, held once a term.

He will have to endure indirect assaults on his leadership, which so far have come mainly from Cosatu and the youth league. Whatever the intentions of his critics, the leadership of the ANC will ensure that there is no repeat of the 2005 NGC, characterised by the lynching of then-ANC president Thabo Mbeki.

Zuma has been on a charm offensive in all the provinces in the past few weeks, ostensibly to revive branches. And the conference is being held on his home turf, Durban.

Though the ANC president will try not to be drawn into specific debates and disputes as he attempts to play the unifier, his leadership will be under scrutiny when delegates question the slow movement of implementation of Polokwane resolutions.

Julius Malema
This conference is an all-or-nothing situation for the impetuous young man from Limpopo. He has raised the stakes high by taking on the hitherto popular president of the ANC, Jacob Zuma, and Mantashe.

It’s an all-or-nothing situation for ANCYL president Julius Malema at this year’s ANC national general council (NGC). He has raised the stakes high by taking on the hitherto popular president of the ANC, Jacob Zuma.

The league has sought to dominate the NGC by pushing for 70% of the delegates to be young people. And it is this organisation that has been the most organised and determined ahead of the event — it even convened an unprecedented “youth league NGC” to prepare thoroughly for it.

The test will be whether it has succeeded in selling its agenda to the nine provinces and the ANC Women’s League.

Blade Nzimande
The South African Communist Party’s (SACP) general secretary is only a member of the ANC’s national executive committee and not an office bearer in the party’s top sphere of leadership. But the Mail & Guardian believes he is a man to watch.

He represents those within the alliance who are actively bent on stopping an ANC Youth League agenda, which they identify as getting rid of Mantashe and Zuma so that they can be allowed to loot.

Identifying “these enemies of the revolution”, the SACP wrote on its website: “These are forces for whom politics is almost entirely about wheeling and dealing, deployments, electoral lists that are made and unmade depending on whim and the buying of favours. It is factionalism that has its roots in the pursuit of political positions solely for purposes of self-enrichment. It is a politics that is almost entirely devoid of policies and programmes.”

Nzimande has said repeatedly that Zuma is being targeted because he believes in the alliance. The SACP is expected to debate with vigour the issue of whether the ANC or the alliance is the strategic political centre.

The government has promised that we will get to net zero emissions by 2050, but is still taking actions that will make the climate crisis worse
Read more
Coronavirus

SA must fix its ‘dop system’