Desmond Tutu is one of a rare breed 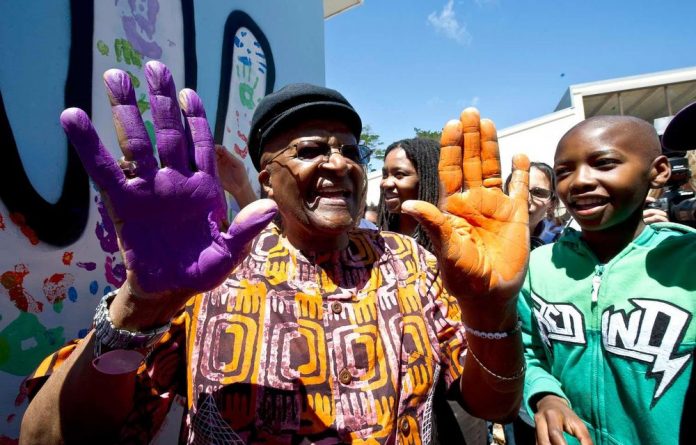 Which religious or moral leader would you like to visit Britain?

If I'd been asked this question a few months ago I doubt I'd have been able to come up with a name. "I'm an atheist", I would have said, "I don't do religion, so why should I care which religious leader gets an invite here?" And then all of a sudden, out of the blue, Desmond Tutu announced his intention to withdraw from public life.

Since then I've been struck by the enormous gap his retirement is going to leave, not just in his beloved homeland of South Africa, but right across the globe. And I've also been struck by the realisation that despite my lack of faith, and despite my never having even met him, somehow this man of the cloth has managed to have quite a profound impact on me. So yes, before he takes his bow and exits the world stage, I'd love to see Tutu invited to Britain, and the biggest retirement party ever thrown in his honour.

I used to worry about Tutu when I was a teenager. I'd see him on the news speaking truth to power, speaking out against his country's white rulers and their shameful system of apartheid, or standing in the midst of some violent altercation trying to calm the situation down, and I'd wonder how much longer he'd be able to get away with it. Like many at the time, I was convinced there would come a point when the authorities would decide they'd had enough of him and that eventually he'd be silenced, either through imprisonment like Nelson Mandela or through something even worse. And while I never prayed for him as such, I know I wasn't alone in sending him positive thoughts and trying to will him through those dreadful times.

And yet Tutu never was silenced. Whether that was because the South African government was aware of how popular he'd become throughout the world, and of what an international uproar there would be if anything bad befell him, or whether they simply failed to appreciate how significant an opposition voice he'd become we'll probably never know.

Speaking out against injustice
It's testament to Tutu's moral character that even after apartheid had ended in South Africa he still didn't shut up. He could easily have taken a step back then, to have gone back to his church and his flock and to have announced that it was job done, the struggle over, the ANC the rightfully elected government and everything as it should be. But he didn't.

Tutu is one of that rare breed of people that unfortunately don't come along too often, one of those who are prepared to stand up for their beliefs no matter what the personal risk to them. His principled position is probably best summed up by his statement to the US House Foreign Affairs subcommittee on Africa in 1984, when he told them: "You are either in favour of evil, or you are in favour of good. You are either on the side of the oppressed or on the side of the oppressor. You can't be neutral." And to his enormous credit this is a philosophy that he's succeeded in sticking to throughout his adult life.

As Mandela once said: "Sometimes strident, often tender, never afraid and seldom without humour, Desmond Tutu's voice will always be the voice of the voiceless." I suspect that even in his retirement this will continue to be the case. – guardian.co.uk