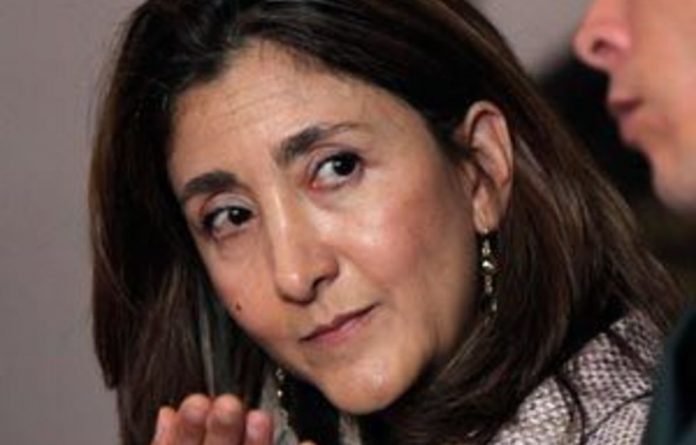 Former Colombian presidential candidate Ingrid Betancourt has written for the first time about her six-year jungle ordeal being tied up, beaten, humiliated and threatened with death by Farc rebels.

The Franco-Colombian ex-hostage withdrew from the world for 18 months to write the 700-page account of her personal hell in the book Even Silence Has an End, to be published this week in France, Colombia and the United States.

She recalls the day in February 2002 when gunmen stopped her car and she became a captive of the Revolutionary Armed Forces of Colombia (Farc), after, according to Betancourt, the Colombian Presidency withdrew her military escort.

Then her nightmare begins, in the hostile jungle where boredom competes with distress. The conditions of detention are appalling, it’s difficult to keep hope alive.

“We were handed the heaviest sentence a human being can be given, that of not knowing when it would end,” she writes.

The book, in which she recounts her manifold fears — “Fear of being alone. Fear of fear. Fear of dying” — begins with an account of one of her escape attempts, after which the guerrillas recapture her.

She is tied by the neck, beaten and sexually abused: “I was taken by storm, I had convulsions … my body and my heart stayed frozen during the brief moment of eternity.”

“But I survived,” she writes.

Unflattering accounts
Some of her fellow hostages have already written unflattering accounts of sharing captivity with Betancourt, including allegations she obtained privileges because she was a member of one of Colombia’s most-established families.

The politician’s strong personality and awareness of her rank, which so irritated her co-detainees, can be felt through her writing, but she doesn’t seek to settle accounts with anyone.

Her jailers are for the most part the same age as her then-teenage children. Some are cruel, some more humane.

One day, she learns with shock of the death of her father, also a politician and diplomat, from a month-old newspaper deliberately given to her by one of her captors.

On another day, she cooks a birthday cake for her daughter with a guerrilla. Books, including a dictionary and a Bible, save her from madness.

She writes of tensions with Rojas, her former campaign manager with whom she shared a cage.

“You had to be very strong not to find relief from the guards’ constant humiliations by in turn humiliating the person who shares your fate.”

Then, on July 2 2008, Colombian troops disguised as humanitarian workers arrived by helicopter and released Betancourt and 14 other hostages, including three US military contractors.

“This was victory over despair … a victory just for ourselves,” she writes, and the beginning of a slow rebuilding.

Growth has slowed, which will increase poverty and fuel further social unrest, which in turn will push leaders to the political centre
Read more
National