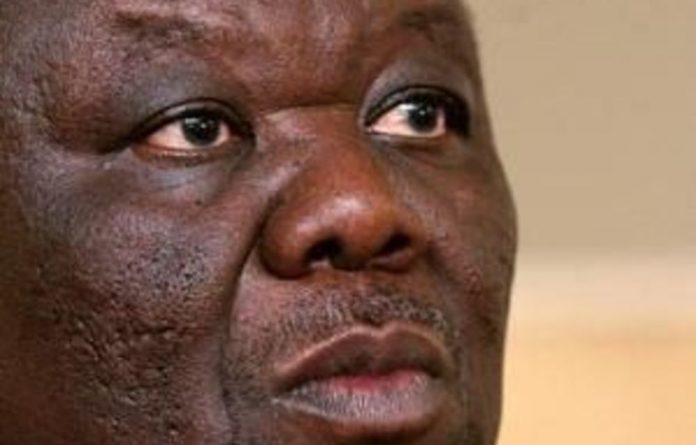 Zimbabwe Prime Minister Morgan Tsvangirai said on Monday he will not participate in any election marred by violence, a day after supporters of rival President Robert Mugabe stoned a constitutional meeting.

“I will not commit anyone to any election if it is a declaration of war,” Tsvangirai told a conference on political violence.

Five people were injured in the capital, Harare, on Sunday when pro-Mugabe militants stoned a meeting meant to gather public opinion on a new constitution.

Police stood by and watched as the violence broke out in the populous Mbare district.

Tsvangirai agreed two years ago to join Mugabe in a unity government, partly to end deadly political violence that his party says killed more than 200 of its supporters around the inconclusive presidential elections.

“Some of us have the misguided audacity to undermine our efforts by hiring thugs to disrupt the people’s right to express themselves in an important national exercise.”

He spoke at a conference where victims of political violence narrated how they were injured and how they lost their friends and relatives in the unrest two years ago.

The Southern African nation is creating a new constitution as part of a road map by the unity government to fresh elections.

No dates have been set yet for next year’s election, but Tsvangirai said last week that a constitutional referendum could be held in mid-2011.

Several constitutional outreach meetings have been disrupted across the country after violent clashes between supporters of long-ruling Mugabe and Tsvangirai, both leaders in the strained unity government. — AFP