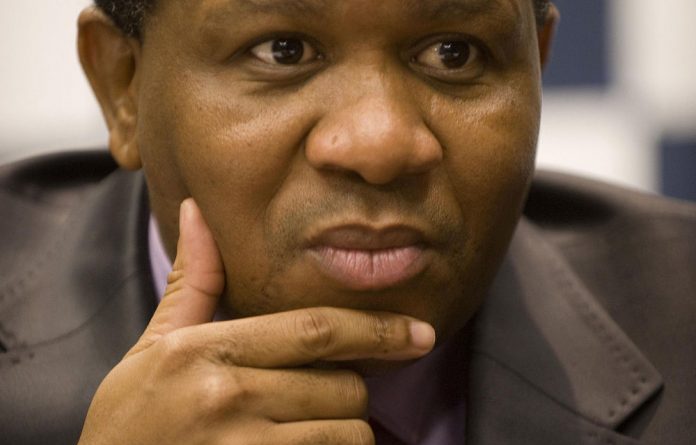 The ANC national general council may formally claim to be a forum for discussion and review, but the succession question remains the elephant in the room.

At a media briefing on Wednesday, ANC leaders were struggling to convince reporters that succession talk is non-existent and will only start once the formal nomination processes have been opened.

Divisive
“The succession debate is in its nature divisive, so we’ll talk about it when the time comes,” said ANC spokesperson Jackson Mthembu.

Then he admitted different rules apply for president Jacob Zuma, who declared his availability for a second term in office.

“It is a normal response from any human being,” Mthembu defended Zuma.

But he insisted the ANC wants to keep a lid on succession discussion.

We took to the streets at the ANC National General Council to ask ministers and delegates from various walks of life about their expectations of the NGC, the succession debate and the rising tension between Julius Malema and President Jacob Zuma.

Popular Mbalula
Newspaper reports in Durban, where the NGC is being held, suggested that deputy police minister Fikile Mbalula is the focus of a so-called M-Plan, which will see the former Youth League president become secretary general at the ANC national conference in 2012.

Mbalula refused to say whether he would be available for such a position, claiming he would talk when the time is right.

Mbalula did, however, come out in defence of open lobbying, which the ANC previously frowned upon because the party felt leaders should be nominated by branches and aspiring leaders is not allowed to put up their hands themselves.

“We should also deal with the processes in the selection process of candidates,” Mbalula told reporters, “people think lobbying is a taboo.”

Organisational disclipline
The ANC leaders were giving feedback to the media about discussions in the closed sessions of the conference, and said the main focus was on organisational discipline, which delegates feel is an issue that has been severely neglected.

They said anyone who crosses the line must be dealt with firmly, including alliance members who use public platforms to insult the ANC.

Yengeni was referring to the confusion around Cosatu general secretary Zwelinzima Vavi, who was to face disciplinary action for his critique of some ANC ministers. The process was, however, abandoned by the ANC top leadership.

Many ANC leaders feel it was unfair to let Vavi off the hook while the leadership wasted no time in disciplining ANC Youth League president Julius Malema.

“The delegates feel this NGC should mark a turning point. We have talked about the problems but this NGC should be the place where we begin to deal with problems decisively. [The] NEC will be active across the country.”

President Jacob Zuma recently announced that NEC members in government will get eight weeks’ leave per year to do work in communities.