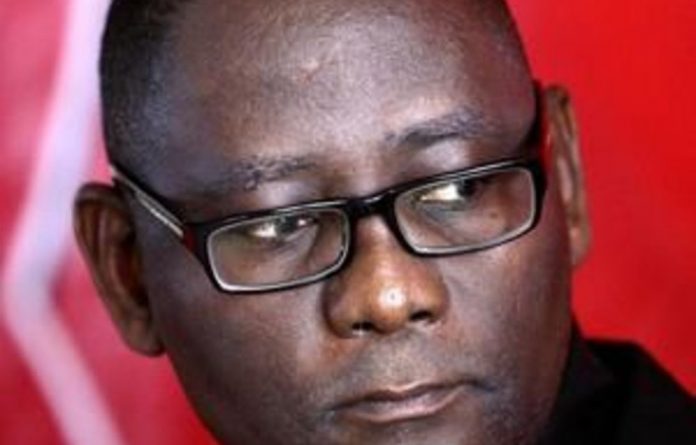 The Congress of South African Trade Unions (Cosatu) revealed on Thursday that it planned to set up a “corruption watch”, warning of a “full-blown predator state” developing if action is not taken.

It also lashed out at the private sector and “tenderpreneurs”, who have infiltrated the African National Congress.

Cosatu general secretary Zwelinzima Vavi said this “powerful” anti-corruption institution of civil society will comprise a team of lawyers, accountants and auditors, who will conduct preliminary investigations and process these with the relevant authorities.

“Corruption is a cancer that threatens the foundations of our democracy. It occurs in the public and private sectors, even within our unions,” Vavi said, addressing the national congress of the South African Clothing and Textile Workers’ Union (Sactwu).

Vavi said the roots of corruption lay in the private sector, which is and has always been run on the principle of “me first” and “an injury to one is an opportunity to another”.

“But this ideology is corrupting our state and even our revolutionary movement, as people use public office as a route to personal wealth,” he said, pointing to ministers and officials who are in business to make money, and have raised an inevitable conflict of interest.

“The danger always exists that in formulating policy in Parliament, a provincial legislature or municipal council, they will be guided by the impact this will have on their businesses rather than the broader public interest,” he said.

“Of particular concern is the ‘new tendency’ of ‘tenderpreneurs’, drawn from the ranks of corrupt officials, which has infiltrated the ANC itself,” he said.

‘Succession of corruption scandals’
It is a small faction without any political ideology but interested in taking control of the movement to accumulate personal wealth, he added.

“If the broad liberation movement does not act decisively, we are heading rapidly in the direction of a full-blown predator state, in which a powerful, corrupt and demagogic elite of political hyenas will increasingly control the state as a vehicle for self-enrichment.

“Public representatives must be forced to choose whether they are servants of the public or in business to make profits,” he said.

“They cannot be both at the same time. The succession of corruption scandals and the spread of the capitalist culture of greed and self-enrichment are threatening to unravel the fabric of society and undermine all the great progress we have made.” — I-Net Bridge