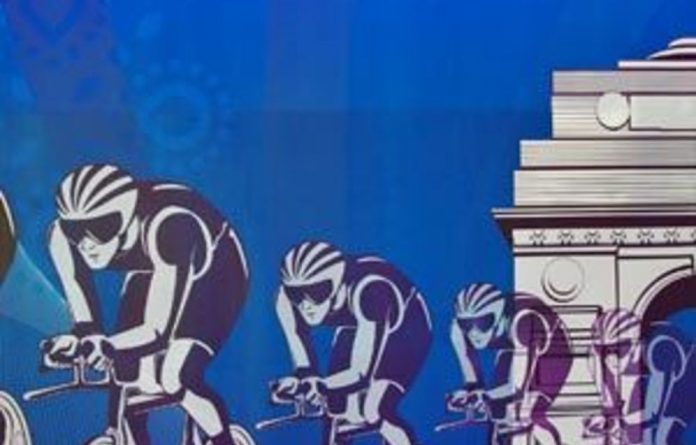 The Commonwealth Games Federation signalled on Thursday that New Delhi was succeeding in fixing the problems that have brought the event to the brink of disaster, with fears receding about its cancellation.

“There has been progress and there is more to do,” Mike Hooper, chief executive of the Games federation, told Agence France-Presse, adding that there had been a “significant additional resource deployment”, with the event just 10 days away.

“We’re concentrating on fixing the problems. My attitude is that the Games are on. We are working at the highest levels of government,” he said shortly before the president of the federation was due to arrive in the Indian capital.

A source in the federation, which went public with complaints about the “filthy” and “seriously compromised” village on Tuesday, said that the mood was more upbeat and that the risk of cancellation was now small.

Several teams have delayed their athletes’ departure for the Indian capital amid demands for better conditions in the village, but the first contingents including a party from Malaysia were scheduled to arrive on Thursday evening.

Several world-class athletes have already pulled out of the October 3 to 14 event, however, and New Zealand on Thursday joined other nations, including Canada and Scotland, in pushing back its team’s departure.

India’s Premier, Singh, has become personally involved in the faltering preparation for the Games, which has already damaged India’s image and its plans to use the platform to promote its economic emergence.

Urban Development Minister Jaipal Reddy and Sports Minister MS Gill have been summoned to the premier’s residence with the Games “the only point of discussion on the agenda”, an official in the PM’s office said.

Commonwealth Games Federation (CGF) president Michael Fennell was to inspect progress and seek a meeting with Singh, but face-to-face talks with the premier were still in doubt, the CGF source said.

‘Tremendously disappointing’
The Delhi organisers continue to come under attack for their lack of preparation, particularly in the village, where photos emerged of the conditions that greeted the first foreign officials to visit this week.

Pictures leaked to the BBC by an unnamed member of a national delegation showed a filthy leaking toilet, a stained and dirty shower, a bed with muddy dog paw prints on it, as well as rubble and water-logging.

“It’s tremendously disappointing,” New Zealand’s Games chief Mike Stanley said in a statement. “The long list of outstanding issues has made it clear the village will now not be ready for New Zealand athletes to move in as planned.”

Andrew Pipe, the president of Canada’s Games delegation, launched a scathing attack on the Indian organisers.

“Their indifference at times has seemed to border on the intransigent to us, and that’s just unacceptable,” he told the BBC.

Months of warnings to the organisers about security, shoddy infrastructure and the state of the village “have fallen on deaf ears”, Pipe said.

‘Sad state of affairs’
New Delhi had been expecting 7 000 athletes and officials for the multi-sport showpiece for Commonwealth countries, mostly nations and territories formerly in the British Empire.

India was hoping to show off its progress and growing economic might — the “shining India” of 9% economic growth, high-tech software companies and new diplomatic clout on the international stage.

But a footbridge collapse this week and a shooting outside New Delhi’s main mosque have brought simmering disquiet to a head, coming after well-documented delays, political infighting and allegations of corruption.

A top Indian builders’ union said the rush to finish venues in time — seven years after the country was awarded the Games — had compromised safety and quality.

“It is a sad state of affairs indeed and, psychologically, puts a question mark against India’s capacity to deliver,” said the general secretary of the Federation of Indian Chambers of Commerce and Industry, Amit Mitra. — AFP