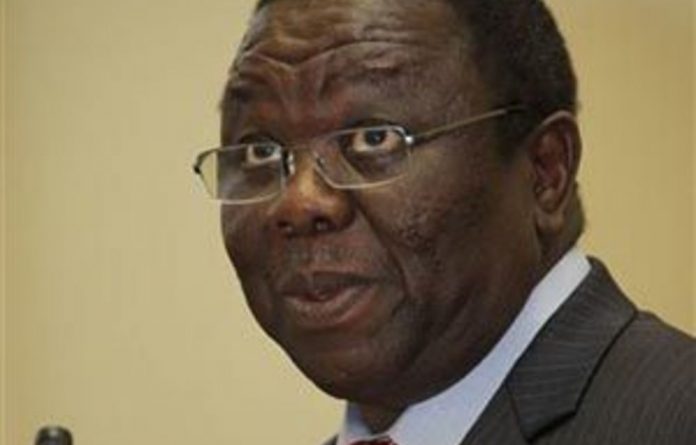 Zimbabwean Prime Minister Morgan Tsvangirai on Wednesday said violence and intimidation by the military were hindering attempts to write a new constitution and that he intends to discuss the problem with the president.

A fragile unity government set up by Tsvangirai and President Robert Mugabe last year after disputed 2008 elections is drafting a new charter to replace the independence document drawn up in 1979, a process expected to lead to a fresh vote.

Public consultations on the constitution have highlighted continued tensions between Mugabe’s Zanu-PF and Tsvangirai’s MDC party. At the weekend clashes became so violent in Harare that officials suspended the process.

“Having carefully considered our position, I am going to meet with other principals [in the unity govt] to map the way forward,” Tsvangirai said, referring to Mugabe and Arthur Mutambara, the head of a splinter MDC faction also in the government.

“This process fails to pass the test of legitimacy, credibility and people-drivenness,” Tsvangirai told reporters.

“We have noted with concern the militarisation of the process, interfering with a purely civilian process. Reports from all over the country show the heavy involvement of the military in the process,” said Tsvangirai.

Debate over position of prime minister
The drive to write a new constitution is being led by an inter-party parliamentary committee and civic society groups.

Tsvangirai, who beat Mugabe in a first round presidential poll in March 2008, boycotted a run-off vote citing a violent crackdown against his supporters, which the MDC says killed at least 200.

The MDC has actively sought a new constitution to guarantee free elections and entrench political and media freedoms, while strengthening Parliament’s role.

The new charter is also expected to introduce two five-year presidential term limits but there is debate between Zanu-PF and MDC on whether to keep the position of prime minister.

Zimbabwe’s current Constitution has no presidential term limits, a situation which has allowed Mugabe to hold on to power since independence from Britain in 1980.

Voters rejected a draft charter in 2000 in a national referendum that heralded Tsvangirai and the MDC as the most serious challenge to Mugabe’s grip on power.

A referendum on the proposed new constitution is expected by July next year, officials say. — Reuters