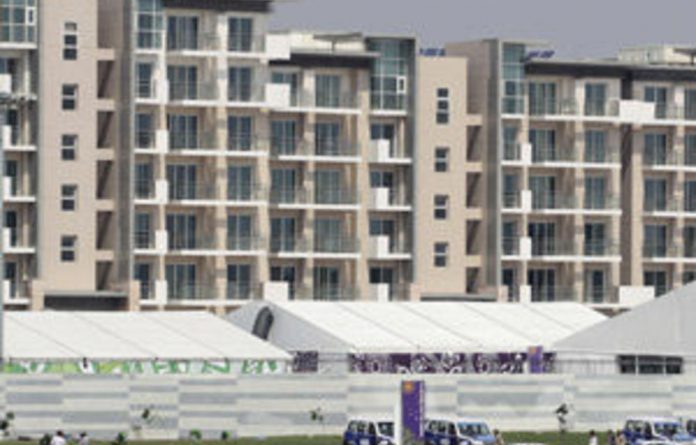 The Commonwealth Games should never have been awarded to India, Australia’s Olympic chief said on Friday as more top athletes pulled out of the event plagued by filthy accommodation, shoddy construction and security fears.

“I don’t think it is a cultural thing. When you agree to host [a Games] you are required to provide the basics in terms of health and hygiene for the athletes,” Australia Olympic Committee president John Coates said.

“The Games shouldn’t have been awarded to Delhi in hindsight.”

As athletes begin arriving in Delhi, authorities are still working on completing Games venues, forcing some teams to take up temporary accommodation at hotels.

Cyclist Greg Henderson earlier on Friday became the first New Zealand athlete to withdraw over concerns about health and security.

Olympic cycling champion Geraint Thomas and three other Welsh riders also opted out of the Games, due to start on October 3.

India had hoped to use the Games to display its growing global economic and political influence, rivalling China.

Instead, they have become a major embarrassment for the government, which is trying to fend off criticism of poor construction, inadequate security and dirty accommodation.

The Games, held every four years for mostly former British colonies, are estimated to have cost $6-billion.

The Delhi Games may turn out to be the most compromised since a 1986 boycott of the Games in Britain, when 32 nations stayed away because of then Prime Minister Margaret Thatcher’s government’s position over apartheid South Africa.

Several nations have voiced concern over the state of the Games. India, Asia’s third largest economy, was awarded the Games in 2003 but did not begin proper preparations until two years ago.

Australian and New Zealand prime ministers said they understood if their athletes decided not to take part.

But England said it would send 551 athletes to the Games because there were signs of improvement on the ground in New Delhi, and said the first group of 22 were leaving on Thursday.

Kenya said it would send a 240-strong team after receiving security assurances from India, officials said, though several of its top athletes have withdrawn because of illness or fatigue.

Wales also gave its team the all-clear to go.

New Zealand, Canada and Scotland have opted to delay their arrivals because of poor athletes’ accommodation at the New Delhi Games village, with heavy monsoon rain and a dengue epidemic adding to images of filthy apartments and roaming stray dogs.

‘Security in place’
Commonwealth Games Federation CEO Mike Hooper said he was hopeful the Games would get off the ground, given a new sense of urgency among Indian officials.

Prime Minister Manmohan Singh reviewed preparations with senior ministers, an official in his office said, in what was seen as a last-ditch effort to avoid teams withdrawing.

England said in a statement that its advance party “are now seeing the improved levels of resourcing which are required” but added that it would monitor the situation daily “to ensure the village and stadia are safe and fit for purpose”.

Suresh Kalmadi, chairperson of the Delhi organising committee, said no team would pull out. “I can assure you that security is well in place. Now if some people have their own conception [of security], I can’t help,” he told reporters.

In a sign of desperation, the federal government ordered the organising committee to hand over management of the Games Village, which will house 6 500 athletes, to the government.

By contrast, preparations for November’s Asian Games in China, which held a successful Olympics in 2008, are on track, with organisers in Guangzhou handing over the athletes’ village to the Asian Games authorities for sign-off this week.

Many sporting events have hit trouble before opening, such as the 2004 Athens Olympics, and some of Delhi’s infrastructure projects, including a new metro and airport, have won praise.

But polls in newspapers show that a vast majority of Indians are ashamed. Singh has been accused of failing to recognise that events like the Games carry huge international prestige. Much of the Congress-led government remains focused on its rural vote.

Organisers have sent more than 1 000 workers to clean the Games Village apartments.

New Zealand chef de mission Dave Currie said organisers had ignored problems. “Every time we raised an issue [we were told] ‘yes that will be fixed tomorrow’, but you know clearly that it won’t be fixed tomorrow,” he said. “And they weren’t.”

World discus champion Dani Samuels of Australia pulled out because of concerns, as did England’s world triple jump champion Phillips Idowu. Four other champions have quit for various reasons, including injuries.

Triple Olympic sprint champion Usain Bolt of Jamaica is the highest-profile athlete to skip the event.

A portion of false ceiling in the weightlifting venue caved in on Wednesday, a day after the collapse of a footbridge by the main stadium, injuring 27 workers. – Reuters