Level the field and let the pupils choose 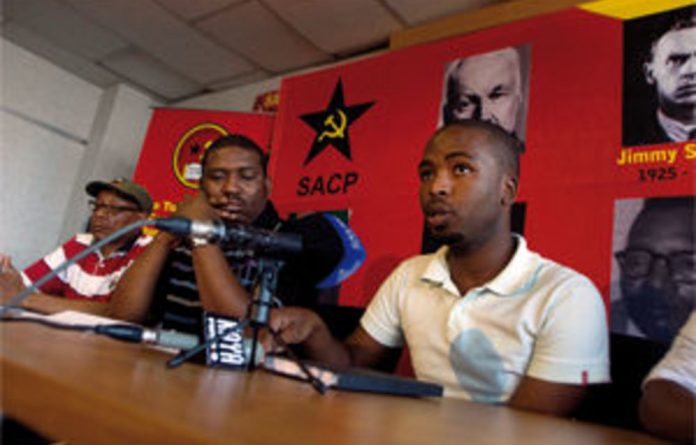 What is so unreasonable about the prelim-exam demands of the Congress of South African Students (Cosas)?

You have to focus firmly through the astonishingly racist invective poured on Cosas of late to work out that it seems to be the demand for “free marks”.

Yet there is surely a solid core of justification to what Cosas is asking. Admittedly, it would help Cosas’s case if the organisation did not keep referring to “free” marks. Equally, and incidentally, I think it would also help their case if they did not keep damaging the rights of pupils who think differently.

Be that as it may, a summary of Cosas’s case as it has unfolded through the recent traumatising disruptions to teaching and learning, combined with an unexpectedly helpful press release from the basic education department last Friday, can perhaps help us see that the distance between the two is not as great as their respective rhetorical salvos suggest:

No one — whether a government official or an independent educationist — will accept that pupils can score a load of free marks before they even sit down to write any exam.

But consider last Friday’s release from the national department. More succinctly and clearly than I have ever seen, it explains that the mark per subject that all grade 12 learners will finally receive — and that will appear on the certificates the pupils will receive — is made up of the so-called “school-based assessment” (SBA) and the final November exam (the dreaded matric papers themselves).

The SBA makes up 25% of the total, the final November papers 75%. The SBA is itself made up of assessment tasks learners complete during their grade 12 year and the prelim exams.

This means that the prelims that are at the centre of the current Cosas and government crucible constitute “anything between 5% and 7% of the final promotion mark in a subject, depending on the number of assessment tasks prescribed for the subject”, according to the department’s release.

To be clear: the fact that the prelims count for far less than the 25% everyone has been bandying about does not strengthen an argument for presenting prelim marks to learners for free. But the department’s own explanation shows that, if all prelim marks were to be discounted, there would still be something other than the final November exam — namely, the year-long assessments — to use, together with those final papers, to compute the all-important promotion mark.

Doing so would also fulfil the purpose of prelims, which is to provide learners with “an opportunity … to sit for fully fledged examinations that assess their state of preparedness to write the final examination in each subject” — as the department’s same release explains, again helpfully.

So too, doing so would surely meet Cosas’s and every other learners’ needs too, however much or however little each one’s run-up to the finals has been disrupted, first by the teachers’ strike and then by Cosas’s boycotts of the prelims. In short, those who want to write prelims could do so; those who feel their time left would be better used concentrating on the finals only could do so.

And in the grossly uneven playing field that is South African education as a whole, one small piece of turf could be levelled for all.