Nationalisation to be investigated by ANC leaders 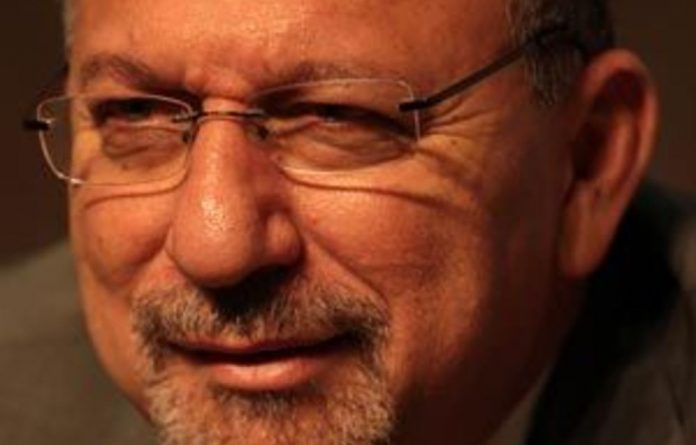 Deputy Minister of Public Enterprises Enoch Godongwana has taken the blame for the issue of the nationalisation of mines going as far as it did, with it becoming the most contested topic at the ANCs national general council (NGC).

Godongwana admitted to reporters at the Durban Exhibition Centre on Friday that the ANC did not pay enough attention to the ANC Youth League’s (ANCYL) position paper on nationalisation, and therefore allowed it to develop into the issue that overshadowed the NGC.

“If I had done my work, we would not have been here now,” Godongwana, who is the chairperson of the economic transformation subcommittee of the ANC, said.

We took to the streets at the ANC national general council to ask ministers and delegates from various walks of life about their expectations of the NGC, the succession debate and the rising tension between Julius Malema and President Jacob Zuma.

Godongwana and Planning Minister Trevor Manuel told reporters the party’s national executive committee (NEC) was tasked by the NGC to investigate the nationalisation of mines, the hobby horse of the ANCYL.

Heated discussions held on Thursday night threatened to cripple the NGC and led the plenary to defer it to a committee of provincial secretaries to resolve the impasse.

This committee decided the issue will remain on the ANC agenda, but no decisions about it will be taken until 2012, when the ANC has its national conference in Mangaung.

Divided
It emerged that the top leadership of the ANC, the NEC, is divided on the issue.

Said Godongwana: “We don’t have the same understanding of what nationalisation is.”

He added that the ANC is in favour of state intervention in the economy, so the youth league is pushing an open door.

In the briefing session by Godongwana and Manuel, it was clear that, although the ANCYL had reached its goal of keeping nationalisation on the agenda, it will have an uphill battle convincing the crucial ANC policy gurus of its point.

The ANC and big business

Undoubtedly the most upmarket area at the ANC’s national general council was the business lounge. We accompany President Jacob Zuma on a tour of the exhibition, a place where business and politics meet.

Manuel argued that the benefactors of nationalisation will be BEE miners who suffer due to the drop in commodity prices. He said to bail them out with money meant for the poor cannot be right.

The issue of resource constraints must come in somewhere, he said, with clear distaste for the arguments raised by the youth league.

Unimpressed
Manuel made it clear that he was not impressed with the level of debate about this issue.

“The problem is that if you have to take decisions based on who shouts the loudest, you can’t get into the details.”

To drive his point home, he said: “Last night there was even a call for the nationalisation of the barber shops,” he quipped, to the laughter of journalists.

But Malema’s supporters argue this is a victorious step in their carefully crafted plan on nationalisation. The NGC has no decision-making powers, so therefore to get this conference to agree to investigate the issue and talk about it again in 2012 is a success.

And to get respected economic minds like Manuel and Godongwana to have to make as if they take nationalisation seriously is not insignificant.

But given the investigation will be led by Godongwana, they may need to do a lot more convincing.

Keep up with our live coverage, videos and tweets from the ANC national general council at www.mg.co.za/AncNgc.

Is it really the case that ‘polluters pay’ in South Africa