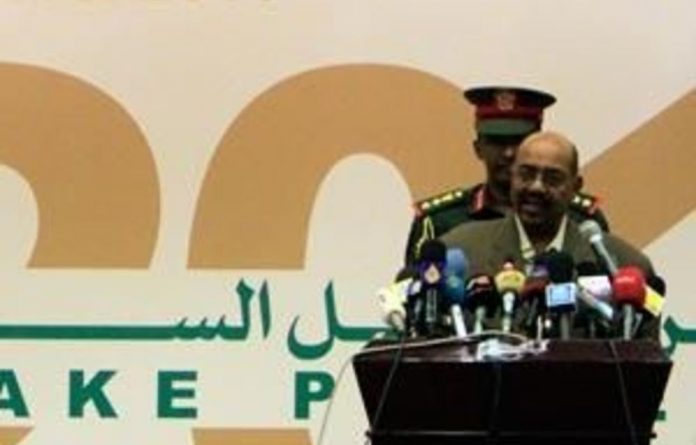 Fears that the oil-rich southern portion of Sudan could seek to break unilaterally from the north in an upcoming vote, sparking more conflict in the war-torn nation, have been raised repeatedly at the UN this week.

Obama and UN Secretary General Ban Ki-moon met on Thursday in advance of the crisis meeting at UN headquarters in New York.

On Friday, the presidents of Ethiopia, Kenya, Rwanda and Uganda are among the African officials attending Friday’s special session, along with ministers of Brazil, Britain, Canada, Egypt, France, Germany, India, and Norway, among others.

Sudan will be represented by its vice-president.

The meeting “will be an unprecedented show of will and unity”, Obama adviser Samantha Powar said.

US Secretary of State Hillary Clinton has called Sudan a “ticking time bomb, and Ban Ki-moon has called the country one of his “top priorities”.

Self-determination votes in southern Sudan and the small region of Abyei are slated for January 9. They are part of a 2005 peace accord that ended two decades of civil war in the south in which two million people died.

According to diplomats and UN officials, preparations are hopelessly behind schedule. Friday’s meeting will aim to pressure Sudan to get the vote back on track and to make it both peaceful and credible.

Voter registration has not started and may now not be ready on time for a January 9 vote, according to diplomatic sources. There is not even a north-south border.

“I came away from the last Security Council briefing very worried about what is going to happen,” one UN ambassador said this week, speaking on condition of anonymity.

The US, Britain and Norway last week sent a letter to Sudanese leaders urging them to make sure the referendum date is maintained.

The US has put a huge amount of diplomatic energy into its campaign.

Clinton met on Tuesday with Sudan’s Vice-President, Ali Osman Taha, in New York and the White House said Obama would send a “forceful message” to the Sudanese at Friday’s UN meeting.

The summit on Friday “is to encourage the north and south to work constructively together. They have had interactions but it needs to be more sustained”, State Department spokesperson Philip Crowley said.

Sudan’s key oil production, especially supplying China, its strategic position in Africa near Somalia and the Democratic Republic of Congo, the Darfur conflict in western Sudan, and the past North-South civil war has focused worries about the votes.

There are particular fears that the south’s Sudan People’s Liberation Movement could declare unilateral independence if the referendum is significantly delayed. — AFP