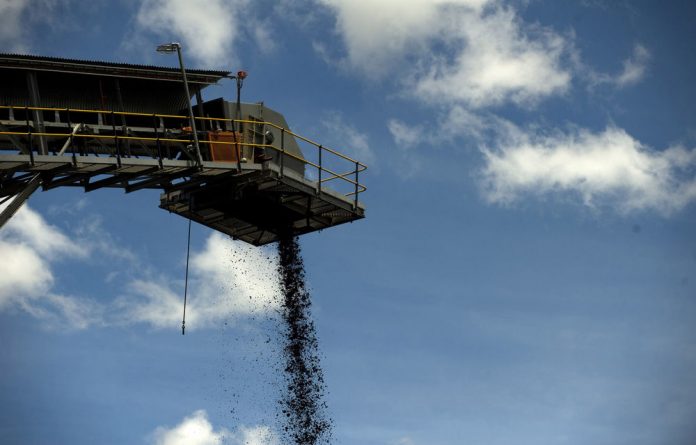 South Africa has more coal than it can ever burn, right? If you think this, as many of us do, think again.

Research by international and local scientists has shown that coal, like other resources, is finite and can be expected to comply with peak resources theory.

The theory shows that production in commodities such as oil grows until a peak is reached, whereafter production declines.

In the case of South African coal, the studies show production has already reached its peak, or soon will.

‘It is commonly believed that South Africa has abundant coal reserves which will last 200 years or more,” says Jeremy Wakeford, chair of the Association for the Study of Peak Oil (Aspo) in South Africa, in the organisation’s latest newsletter.

‘But recent research [from] three scientific journals suggests that usable reserves are much smaller than previously thought, and that annual production could reach a peak and begin to decline within a decade — or might even have peaked already.”

Wakeford says that ‘given the country’s overwhelming dependence on coal, this issue has huge ramifications for our future development path”.

Coal provides 70% of the country’s energy supply, supports 90% of electricity generation, is used to make a quarter of the country’s liquid fuels using the Sasol process and is a big earner of foreign exchange through exports to foreign users.

Geologist Chris Hartnady, in a paper to be published in the SA Journal of Science, has forecast peak production in 2020 at about 285-million tonnes a year.

Eskom’s current expansion programme could use an additional 50-million tonnes, and if the Sasol Mafutha project goes ahead it will need another 20-million tonnes annually, says Wakeford.

David Rutledge, a professor at the California Institute of Technology, has meanwhile forecast South African production to peak in 2011 at about 253-million tonnes a year.

This is supported by research by two American professors, says Wakeford, Tadeusz Patzek and Gregory Croft, published this year in the journal Energy.

‘They estimate that South Africa’s coal production from existing coal fields, when measured in energy units, peaked in 2007.

‘They further contend that future mines are unlikely to reverse the trend since the economics of mining dictates that most accessible reserves are mined earlier on, so that the net energy return from the coal mining declines while the production costs rise over time,” says Wakeford.

Eskom chief executive Brian Dames bemoaned the poor quality of coal Eskom is receiving in a briefing to parliamentarians earlier this month. Dames said that Eskom was losing 1 000 megawatts of power each day because of the low quality of coal it was being supplied.

He warned that the utility may have to start paying higher prices to improve the quality of its coal supplies and that these costs would be passed on to consumers.

Hartnady said that between 2003 and 2004 the then Department of Minerals and Energy downsized substantially South Africa’s coal reserves from about 50-billion tonnes to 30-billion tonnes.

Reserve data is so open to interpretation and, you could say, manipulation, that peak resource theorists typically base their analyses on actual production data rather than on claims of what is mineable.

Patzek and Croft in their article, which was published in May this year, said that world energy from coal production could peak as early as next year, leading to a spike in coal prices as demand continues to outstrip supply.

They predicted that production rates of coal internationally will decline after 2011, reaching 1990 levels by the year 2037.

They noted that Transnet has had difficulty in achieving the 70-million tonnes nameplate value for the Richard’s Bay Coal Terminal.

They quote acting chief executive Chris Wells, who said that undersupply problems from the mines had led to rail volumes falling over a three-year period.

Wakeford said that the implications of peak coal are stark. ‘The cost of coal is almost certainly going to maintain a rising trend — albeit with greater volatility — resulting in increasingly expensive electricity and steel.”

‘Domestic demand for coal could increasingly compete with exports, raising questions around how the country’s natural resources should best be utilised and the role and rights of privately owned mining companies. This is nothing new in the global energy context.”

Wakeford said that leaving aside social and environmental concerns around carbon dioxide emissions, water scarcity, pollution and health impacts, entrenching dependence on a depleting fossil fuel is taking the country down a cul-de-sac.

He said that the solution is to embark on an aggressive drive for energy conservation and efficiency while diversifying our energy mix away from coal as an imperative. ‘We should not wait until coal becomes too expensive or scarce, but invest now in renewable energy infrastructure and industries.

The Department of Energy and Eskom did not respond to an offer to comment on this story.