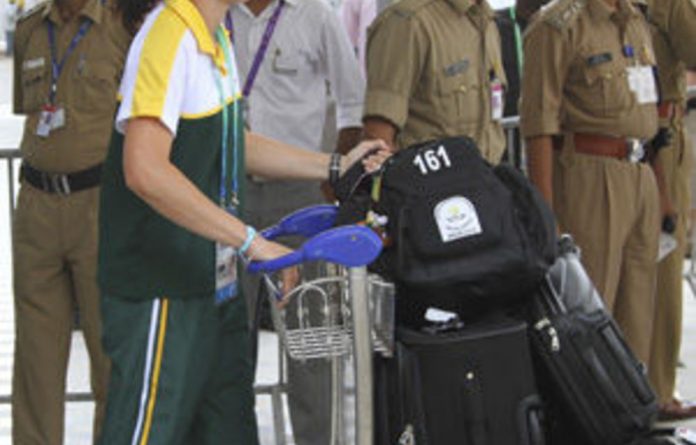 India promised to completely clean up the athletes’ housing for the Commonwealth Games by Wednesday, as authorities scrambled to fix one of the biggest hurdles facing the beleaguered event just days before it opens.

The Games were supposed to enhance India’s image as a rising power, but a last-minute rush to complete work, shoddy construction, dirty housing and security fears raised governance and accountability issues in Asia’s third largest economy.

Nearly all the 1 500 athletes who had arrived in Delhi by Monday were staying at the Games Village, the last major unfinished venue.

Many members of the more than 20 teams in Delhi have praised their facilities as spacious and spotless, but several other delegations have run into problems, including the Scotland team, whose chief said “standards were just not good enough”.

A snake was found in the room of a South African athlete and about 150 flats are still unhygienic, despite the weekend efforts of an army of workers who have failed to address an example of the infrastructure and other problems endemic to India.

The opening ceremony for the two-week sporting event, held every four years for former British colonies, is on October 3 and the Games Federation said all 71 nations will participate.

Delhi Chief Minister Sheila Dikshit said the Village, where 8 000 athletes will stay, would be ready on Wednesday. Last week, the federal interior minister had said Saturday.

“We inherited a very difficult situation but its improving almost by the hour,” she told reporters. “Everybody has been told to work double time and we will do it.”

About 20 athletes, including world champion sprinter Usain Bolt, have pulled out of the Games for various reasons, not all of them due to health and security fears.

Organisers say the absence of Bolt, an Olympic gold-medalist, and other high-profile athletes would not diminish the standards of competitions such as track and field.

In a boost for the Games, Isle of Man cyclist Mark Cavendish, a Tour de France stage winner and one of the world’s best sprinters, said he would compete in the road race.

But the lack of participation from some of the world’s top sports stars has dulled some of the shine from an event India had hoped to use to display its growing global economic and political influence, rivalling neighbour China which put on a spectacular 2008 Beijing Summer Olympics.

Woes mirror India’s
The chaos surrounding the Games has so far been a major embarrassment for the government and exposes how far India still needs to go in executing on the kind of major projects that help make China an economic powerhouse.

Inadequate supply of infrastructure was ranked by the World Economic Forum as the most problematic factor for doing business in a fast-modernising country plagued by frequent power cuts and choked, potholed roads.

A bridge collapse, a suspected militant attack on two foreign visitors and an outbreak of dengue fever have compounded worries about the event and produced a hail of international and domestic criticism of the government of Prime Minister Manmohan Singh.

Last week, Singh’s own spokesman appeared to criticise the government’s lack of vision, highlighting fissures within the ruling Congress party that may complicate policy on issues from economic reform to a separatist revolt in Kashmir.

The government had seven years to prepare for the Games, but only started work in earnest two years ago, a move the official in charge of the 2004 Athens Olympics said showed they had underestimated the size of the task.

Like Delhi, Athens had faced a frantic rush to complete venues which drew international censure and there were doubts the Olympics that year would even happen. The event, however, went ahead without any major glitches.

The Games were supposed to highlight the modern face of this ancient land: new highways, a metro extension, sports venues and a $2-billion international airport.

But the government is also spending a lot of time, money and effort trying to paper over many of the problems that have plagued the country for decades, and that range from child labour to the millions who live in abject poverty.

The Commonwealth Games, first held in Hamilton, Canada in 1930, are the most well known — and sometimes the only known — activity of the Commonwealth, according to a survey released in March by the Royal Commonwealth Society.

Analysts say if the Delhi Games turn out to be a fiasco, it may be hard to persuade sponsors, television companies, media and athletes that the Games deserve their attention in the future. – Reuters