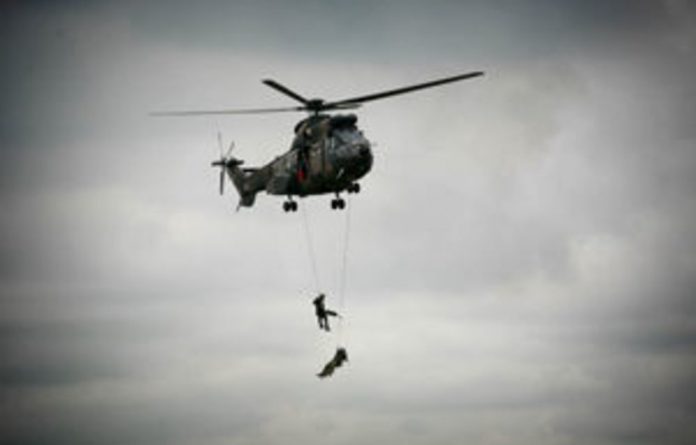 National carrier South African Airways’ (SAA’s) failure to increase the number of pilots from previously disadvantaged communities over the past 16 years shows that the aviation industry is far from reaching its transformation deadline.

Now the South African Air Force (SAAF) has stepped in to help the country produce more black African pilots. According to last year’s figures, 89% of SAA’s 789 pilots were white. SAA did not respond to the Mail & Guardian‘s questions about any improvement that may have occurred since then.

The SAAF now trains black African pilots for two years and releases them to the reserve force. They are then allowed to work for commercial airlines, but are still required to do national service. Major General Lucky Ngema, the air force’s chief director of policy and plans, said it took on about 60 trainee pilots every year.

After completing the required training, some are released to the reserve force and the SAAF keeps the number it needs for regular use. If the air force needs SAAF-trained pilots who are employed by commercial airlines, the pilots are released back to the force.

“They are allowed to work with commercial airlines, but serve a certain number of hours with the air force annually. They must find a balance between their job and serving the required hours in the air force,” Ngema said. Industry players warn that there will continue to be a shortage of black African pilots as long as there is no direct intervention from government.

To get a commercial pilot licence, they need to have clocked 250 hours of flying time, a requirement that requires thousands of rand to be pumped into flying, said Van Schalkwyk. Trainee pilots also can’t charge their passengers a flying fee, which means the trainees themselves have to foot the flying bill, including sometimes hiring an aircraft.

‘Until I have a commercial pilot licence, I cannot charge you a single cent. That means all the 250 flying hours are for free. You are looking at about half a million rand for that,” Van Schalkwyk says. The minimum entry requirement for flying a commercial airline is 1 500 hours of flying time.

But Van Schalkwyk said that the requirement had become even more stringent. “Because of safety issues, the majority of airlines will not take you before you have clocked 3 000 flying hours.” And getting financial assistance is not easy either, Van Schalkwyk said.

“It isn’t the sort of a thing that you can go to a bank and request a loan for. Banks would rather give you half a million rand to buy a house than have you use it for pilot training.” But the SAAF’s Ngema believes there is no political will to increase the number of black African pilots.

“Each time black Africans get the opportunity to be trained, they fail the course,” Ngema said. “We had situations in which we would put 30 black people on the training course and all of them would fail. I don’t believe black people are ‘untrainable’.” Ngema, himself a pilot, was trained in Nigeria between 1977 and 1980, together with 22 other ANC exiles. They all passed the course.

“Thirty-three years later we are still failing to transform the aviation industry. How come Nigeria trained 22 black pilots in three years?” Ngema asks. He flew commercial airlines in Zimbabwe, has clocked more than 4 000 flying hours and was instrumental in transforming Zimbabwe’s airforce.

There is a call in the aviation industry for the formation of a government-owned aviation school, which will be subsidised to give previously disadvantaged people access to training. Ngema further proposes that the academic requirements for acceptance as a trainee pilot be lowered and the actual training be improved to accommodate students with lower academic marks.

“The problem is that the people that we need to train come from schools that were disadvantaged by the legacy of apartheid. “The schools are not well resourced,” Ngema said. “We cannot continue to condemn them by demanding an ‘A’ or ‘B’ in maths and science.”

Ngema said he proposed lowering academic requirements to the industry and was met with “a lot of resistance”. SAA cancelled its cadet training programme in 2006, dealing a heavy blow to efforts to find pilots from previously disadvantaged groups.

The programme, which was aimed specifically at transforming the aviation industry, was cancelled because the airline could no longer afford to keep it operational. Cancelling the cadet training program saved SAA about R60-million a year, but set the national carrier back in terms of transformation and the production of pilots in general.

The number of new pilots who had received their licences dropped by 5% in the year ended March 2009. Recent figures for SAA’s pilots show the racial make-up as follows:

According to the figures, there are no black African woman pilots. Ngema, under the SAAF, is leading a countrywide awareness programme called Siyandiza (We are flying) that seeks to address the shortage of black pilots.

Siyandiza aims to attract high school pupils to aviation, with the focus on previously disadvantaged communities. Through Siyandiza, the air force visits schools to draw the students’ attention to possible careers in aviation. Its latest excursion was to the Reed Dance ceremony in KwaZulu-Natal to draw girls into the industry.