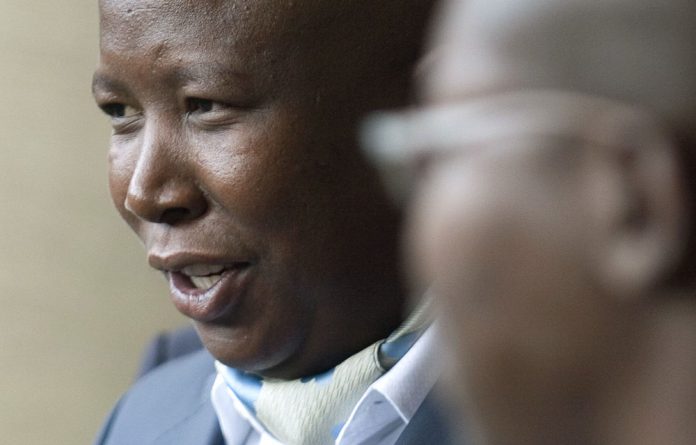 Like a child in a toyshop with his parents, the youth league had a long list of presents it wanted from the ANC’s national general council in Durban last week.

First on the wish list was the acceptance of nationalisation of the mines as a serious issue and for the subject to be debated. Then came the setting aside of the disciplinary sentence against league president Julius Malema , seen as unfairly treated and unnecessarily targeted.

Kids don’t like it when daddy makes an example of them in front of their friends.

Third came the “generational mix” in the ANC’s leadership echelons. But, as it became clear that the patience of the mother body was running thin, the list was trimmed down to a single issue — nationalisation.

At the start of the conference, the league’s secretary general, Vuyiswa Tulelo, spelled out the kind of position the league wanted from the NGC.

“They must say we’ll talk about it again at the policy conference [in mid-2012] and take a decision at [the national conference in] Mangaung,” she said in the lobby of Durban’s Hilton Hotel.

The nationalisation discussion was marked by booing and heckling, and leaders such as ANC secretary general Gwede Mantashe tried to shift the focus from mines by arguing that Postbank should be “nationalised” as a proper bank.

But in the end Deputy Public Enterprises Minister Enoch Godongwana and Planning Minister Trevor Manuel were brought out to explain the outcome of the discussion to the world’s media.

It was clear neither of them was happy to be there. And Godongwana claimed Malema had seen the light and become more pragmatic about the issue.

But the fact is that state ownership of the mining industry, a ghost from the past century, was firmly on the agenda.

Godongwana afterwards grudgingly admitted to journalists that “nationalisation got as far as it did” in the ANC’s cycle of debate because he, as chairperson of the economic transformation committee, had not done enough to counter the youth league’s discussion documents.

His and Manuel’s strenuous arguments about why nationalisation is a bad idea — it would cost R2,3-trillion, the state cannot even run Alexkor (the state-owned diamond company), and it already owns all mineral rights — failed to convince the delegates. In the end, the leadership was forced to include the word “nationalisation” in the final declaration.

For the ANC to claim that it has cornered Malema and won the battle on nationalisation is premature.

Malema and his fellow lobbyists managed to tie the ANC into a debate about the issue, which will continue over the next two years. Malema and his energetic foot soldiers plan to use this time to garner more support for the idea and keep it a part of any discussion about economic development in South Africa.

The ANC parents took the easy way out. Instead of putting their foot down over a petulant child’s unrealistic demands, they deferred the decision.

In effect, they promised their little dears, “Maybe next Christmas”.

Christmas will be in Mangaung in 2012, and it may not be a merry one.