Malema vows to fight for mine nationalisation 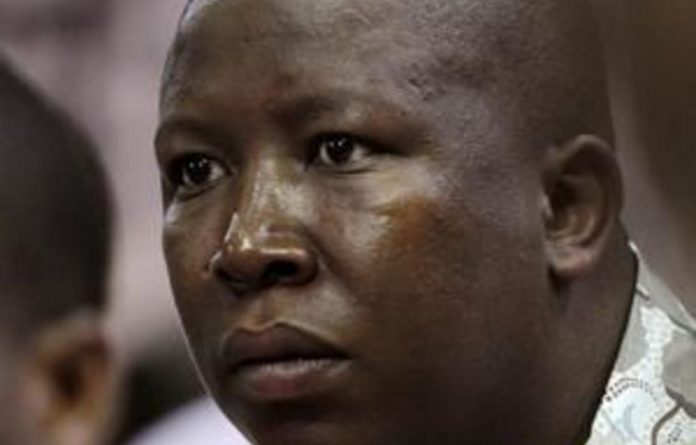 ANC Youth League leader Julius Malema has promised to ensure that ANC leaders who oppose his efforts to put the country’s mines in the state’s hands are removed, the Sunday Independent reported.

“Comrades we are not threatened … we will fight until we realise economic freedom in our lifetime. Political power without economic power is useless,” he said at the launch of the league’s nationalisation campaign in Maandagshoek, Limpopo.

If mining did not benefit the majority of South Africans, the league would ensure it didn’t benefit the minority of the country’s people either, he reportedly said.

He referred to mines in Limpopo as “daylight robbers”.

“The people who steal these resources play golf in London. They know nothing about your poverty. These mines [have] brought nothing but sickness.”

On the agenda
At the ruling party’s recent conference in Durban, the youth league succeeded in placing the nationalisation debate firmly on the agenda.

At the start of the conference, the league’s secretary general, Vuyiswa Tulelo, spelled out the kind of position the league wanted from the national general council.

“They must say we’ll talk about it again at the policy conference [in mid-2012] and take a decision at [the national conference in] Mangaung,” she said in the lobby of Durban’s Hilton Hotel.

The nationalisation discussion was marked by booing and heckling, and leaders such as ANC secretary general Gwede Mantashe tried to shift the focus from mines by arguing that Postbank should be “nationalised” as a proper bank.

In the end Deputy Public Enterprises Minister Enoch Godongwana and Planning Minister Trevor Manuel were brought out to explain the outcome of the discussion to the world’s media.

Godongwana afterwards grudgingly admitted to journalists that “nationalisation got as far as it did” in the ANC’s cycle of debate because he, as chairperson of the economic transformation committee, had not done enough to counter the youth league’s discussion documents.

His and Manuel’s strenuous arguments about why nationalisation is a bad idea — it would cost R2,3-trillion, the state cannot even run Alexkor (the state-owned diamond company), and it already owns all mineral rights — failed to convince the delegates. In the end, the leadership was forced to include the word “nationalisation” in the final declaration. – Sapa and staff reporter