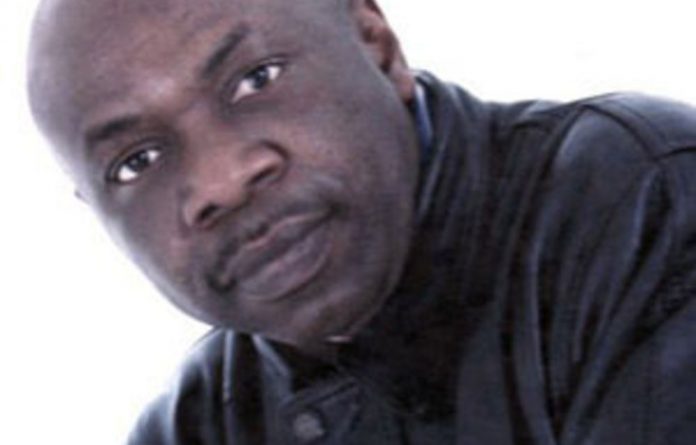 South African authorities have arrested an ex-leader of a militant group that claimed responsibility for a dual car bombing that killed 12 people in Nigeria, a Nigerian secret police spokesperson said.

The arrest of Henry Okah, a former leader of the Movement for the Emancipation of the Niger Delta, came as Nigeria’s secretive State Security Service acknowledged it received a warning about the impending attack long before the bombs exploded on Friday.

Nonetheless, the militant group was still able to detonate the explosives only a 10-minute walk away from a ceremony in Nigeria’s capital Abuja attended by the president and other dignitaries in the oil-rich nation.

“Unfortunately, there’s no way security can be 100% foolproof,” State Security Service spokesperson Marilyn Ogar told the Associated Press on Saturday. “We are happy all the same that the event went on smoothly and it wasn’t interrupted.”

Ogar said a “foreign partner” provided her agency with information of an impending attack on the 50th anniversary celebrations. That information apparently involved Okah, a former militant leader who left Nigeria for Johannesburg after being released from prison in July 2009 while facing treason and gun running charges.

Police seize laptop
A day before the bombings, security agencies in South Africa raided Okah’s home and seized a laptop.

“He is due to appear in court tomorrow. He has not been charged yet,” said Okah’s lawyer Piet du Plessis on Sunday.

“He was arrested on the allegation of contravening the Protection of Constitutional Democracy Against Terrorist and Related Activities Act.”

Du Plessis said Okah denied any involvement in the blasts.

“Although Mr Okah, a Nigerian citizen, is a known sympathiser of the fate of people of the Niger Delta, he denies having made himself guilty of any crime in the RSA [Republic of South Africa] or anywhere else,” Du Plessis added in a statement.

“Our instructions are that his arrest is totally unwarranted and only an ill-advised attempt to please the Nigerian authorities.”

SA police spokesperson Tumi Shai said police would have no comment on the matter for now, and referred queries to the Nigerian government. Saul Molobi, a spokesperson for the foreign affairs ministry, also refused to comment.

Ogar declined to elaborate on what evidence her agency had, saying officers continued to investigate the bombings.

The Movement for the Emancipation of the Niger Delta, also known by the acronym Mend, issued a warning to journalists about an hour before the attacks on Friday, telling people to stay away from festivities at Eagle Square in Abuja. It blamed Nigeria’s government for doing nothing to end the unceasing poverty in the delta as the nation receives billions of dollars from oil revenue.

Regrets over loss of life
A third, smaller explosion struck inside Eagle Square during the ceremony, apparently injuring one security officer. However, Mend has denied placing any explosives inside the venue.

In a statement on Saturday night to the AP, Mend said it “deeply regrets the avoidable loss of lives”. It also said Nigerian authorities “were given five days prior notice” to the attack. The group did not explain how officials received that notice.

“Okah has never been involved in any Mend operations but has always been blamed for every attack which is strange to us,” the Mend statement read.

On Saturday, Nigeria’s President Goodluck Jonathan visited a hospital where doctors cared for some of those injured in the blasts. Jonathan, who himself is from the oil-rich and restive southern delta, told gathered reporters that he went to school only a few kilometres away from where Royal Dutch Shell drilled the nation’s first oil well. He criticised the bombers for using the struggles of his homeland to “camouflage criminality”.

“This is the first time somebody from the Niger Delta has the opportunity to be president of this country. … You have your own here, you should have hope,” Jonathan said. “Good things don’t happen overnight.”

‘Security lapses’
Jonathan also acknowledged that there were “security lapses” that allowed the bombing, but declined to offer any specific plan to overhaul security agencies in the nation of 150-million people.

Mend has destroyed oil pipelines, kidnapped petroleum company workers and fought government troops since 2006. Violence in the delta drastically subsided after a government-sponsored amnesty deal last year provided cash for fighters and the promise of job training. However, many ex-fighters now complain that the government has failed to fulfill its promises.

The militant group appeared to splinter over the amnesty program, though it proved its operational abilities in March when it detonated two car bombs near a government building in the Niger Delta where officials were discussing the deal. The blasts wounded two people in an attack heard live on television. The group also used car bombs in several attacks in 2006 that killed at least two people.

Nigeria, which is vying with Angola to be Africa’s top supplier of crude oil, is a major supplier to the US. Violence in the delta can increase global oil prices drastically. – Sapa-AP, AFP