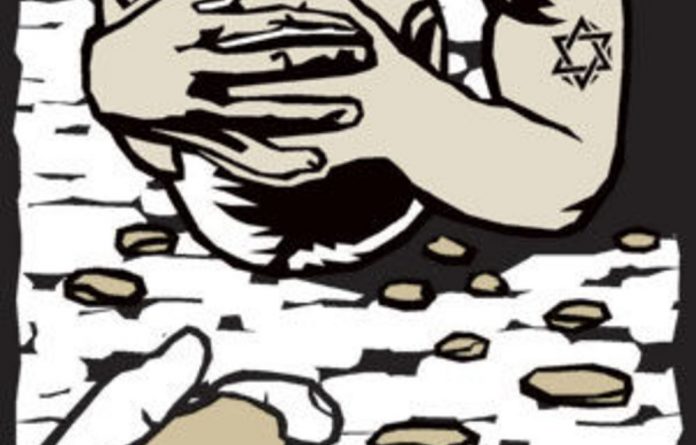 Archbishop Desmond Tutu shines a torch of social justice in places where many politicians fear to tread. He was one of the leaders of the fight against apartheid and remains a critical voice in the new South Africa. On the Israel-Palestine question, however, I should like the opportunity to express my disagreement with him.

In support of a boycott of Israeli academic institutions, Tutu asks: “Are we willing to speak out for justice when the moral choice that we make for an oppressed community may invite phone calls from the powerful or when possible research funding will be withdrawn from us?”

Now there is every reason for Tutu to shine the torch of justice on injustices in other nations as well as his own and every reason to explore injustices taking place in Israel and Palestine. I have no argument with him on this. However, his formulation of the problem is to my mind ill considered.

First, the “they” Tutu refers to — those who threaten to withdraw research funding from those who speak out for justice, those who have forgotten their own experience of humiliation, those who do not care about the downtrodden — are defined as “our Jewish sisters and brothers”. If he reflects about what he has written, he may share the discomfort I have in reading this characterisation of Jews.

Why only Israel?
Second, the question of why he singles out Israel and Israeli academic institutions is not explained. Why not a host of other countries that repress their own inhabitants or occupy foreign lands, or a host of other universities that are equally implicated in policies of state? My own country, Britain, has after all been engaged in two bloody wars with casualties that far outnumber anything that has involved Israel. Why not boycott British academics?

The academic boycott campaign he supports looks to the exclusion of Israeli Jews — and only Israeli Jews — from the scholarly life of humanity. This seems to me discriminatory.

Third, Tutu corrodes a fundamental distinction in political thought, that between civil society and the state, when he asserts without qualification that “Israeli universities are an intimate part of the Israeli regime”. This is a half truth. Universities are also an important forum of dissent. The relation between civil society and the state needs to be addressed more seriously if we are not to hold a people responsible for the human rights abuses of their government. In other cases of international solidarity we support democratic forces in societies that are suffering under or struggling against oppressive states or movements.

Fourth, Tutu is careful not to demonise Israel but he does not take responsibility for the possible consequences of his support for an academic boycott of Israel. This campaign opens the door to the deployment of ever wilder claims to justify the special treatment of Israeli Jewish academics — for example, that Israel is inherently ethnic cleansing, genocidal or akin to Nazism. To justify discrimination against certain academics by virtue of their nationality, there is a tangible risk of slippage from political criticism to the vilification of a whole people.

Fifth, Tutu offers one particular account of the Israel-Palestine conflict in which Palestinians exist mainly as victims and Israelis mainly as victimisers. His boycott proposal, however, does not afford recognition of the fact that there is a plurality of discourses concerning the complex origins and responsibilities of this conflict. One of the ill effects of an academic boycott would be to reduce this plurality of narratives to just one hegemonic version of events. Surely Tutu would agree that no understanding can come from refusing to hear alternative points of view.

The problem is that we no longer quite hear even our own words. It has become almost common sense to say Israel is a uniquely illegitimate state, Zionism a uniquely noxious ideology, supporters of Israel a uniquely powerful lobby, and memory of the Holocaust a uniquely self-serving reference to the past. This discourse is shared by a range of parties — not only sections of liberal and radical political opinion committed to universal moral values, but also fundamentalist and ultra-nationalist parties with no such commitments.

Victim expectations
The liberal left continues to avow universal anti-racist principles but does not expect the same of the victims of racism. For the victims it accepts and sometimes advocates nationalist or fundamentalist forms of resistance that are anything but universal. The nightmare scenario is that otherwise conflicting political forces might unite around hatred of Israel, just as in the past opposing political forces united around hatred of Jews.

Just a few years ago the basic left-liberal commitment was to see itself bound together by signs and symbols of a terrible past. It was to teach afresh to each passing generation what crimes were committed in the name of enlightenment against black people in the non-Western world and Jews within Europe. Today, by contrast, we find a more chauvinistic narrative, one that recreates a moral division of the world between us and them — “we” in the West who are civilised, postnationalist and anti­racist; “they” who believe in the purity of their nation and act with corresponding barbarity.
Israel plays a symbolic role in this new consciousness.

It is cast as the incarnation of the negative properties the West is alleged to have thrown off. “Israel” in this narrative serves not as a real country embroiled in real conflicts but as a vessel into which we can project all that is wrong in our own history and preserve the good for ourselves. I wonder if something similar is occurring both in the new Europe and the new South Africa that impels us to find our demons in this resonant receptacle.

We must resist the temptation to commit a mere reversal of terms. If ultra-nationalists in Israel racialise Arabs and turn them into a unitary “otherised” category, as they do, one response is to treat “Zionists” as an equally “otherised” category and place Palestinians in a single identity script as victims of Israel. The deeper the compassion for the victims, the more passionate can become the hatred of the victimisers. We trap ourselves in a cycle of despair.

In short, the danger of a boycotting response is to heap on “Israel” absolute culpability. It does not meet our real political need, which is to understand a conflict, to help find a peace between the parties, and support those in each nation who oppose bigotry, racism, violence and despair. Justice should be viewed in a more relative, interactive and comparative way.

Robert Fine is professor of sociology at the University of Warwick.