Is SA ready to exploit telemedicine? 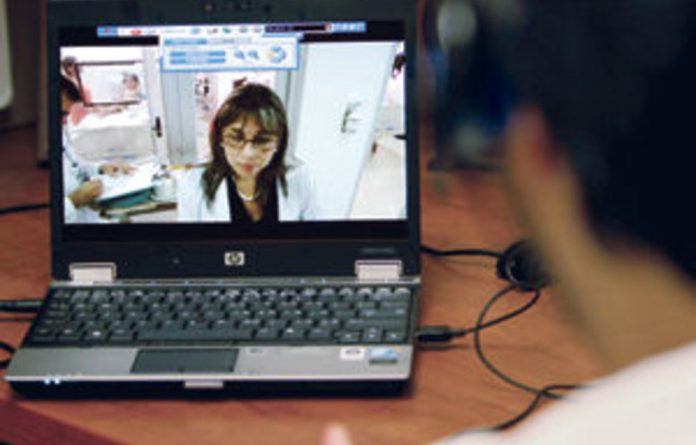 David Bayever, who is a research director in telemedicine at the Wits Hub under the Medical Research Council initiative — the National Medical Device Innovation Platform — talks to the Mail & Guardian.

Is it overly optimistic to expect telemedicine to be widely used in a country like South Africa?
Innovation is about developing solutions that will allow an established need to be addressed, and in this case in the most cost-effective manner. There is no doubt that this is an essential tool for any developing country to embrace as a solution for supplying support to remote and rural medical facilities. In South Africa it will expand access to quality healthcare, using the limited expertise and resources available. If the cost of connectivity is the stumbling block, then that is an area to be addressed.

It will ensure the cost-effective, highly beneficial use of available technology that promotes the delivery of healthcare to all. The National Health Act makes it mandatory for the minister to make resources available at all levels aligned to the constitutional rights of people. Therefore, attention must be paid to the integration of available technology to provide an affordable and efficient service to under-serviced areas.

How could technology like this really benefit those who need it most: the poor?
The use of telemedicine wi th advanced, high-definition imaging will allow people in remote areas to be accessed by specialists and academics remote from rural areas. Clearly, there is no incentive for these experts to travel distances to see such cases and that would certainly not be cost-effective. Using the available technology will address the poverty-stricken who are denied access because of circumstances.

It will also strengthen the referral system and eliminate unnecessary travel to major centres. Prohibitive cost denies the poorer class quality healthcare. Telemedicine uses information and communication technology to provide healthcare services, access and education when service providers and patients are separated by distance. Also, with the continued outflow of skilled people from the country, the available expertise will be able to extend its reach and benefit the poorer classes and under-serviced areas.

How widely is telemedicine used in South Africa at present?
It isn’t widely used, but is certainly an enabling technology. Telemedicine could gain traction in South Africa by complementing government’s proposed National Health Insurance (NHI) strategy. In this regard, it may be of high value in the following areas: It would be of benefit to clinical informatics, that is, the collation, storage, tracking, management and availability of all relevant data (such as disease research, patient backgrounds, statistics and treatment plans) in the health system pertaining to the efficient roll-out and continuing management of the NHI plan in the rural medical setting.

This would facilitate a remote interface between the healthcare professional and the patient. This would also involve information technology, computer science and biomedical informatics that could enable us to engage with key commercial stakeholders such as IBM for infrastructure roll-out. It would also help to reduce the cost burden of the NHI by using telemedical testing to cut unnecessary hospital admissions for the symptoms of common diseases.

Has there been a growth in the users of this technology?
It is used in other countries such as China.

Telemedicine cannot replace a doctor, so what are its optimal uses?
The idea is not to replace the doctor but to use him or her in areas that he or she would otherwise not be able to reach. What we already have is a number of well-established healthcare facilities with competent staff who can be trained further, if necessary, in the use of these diagnostic tools. For example, community pharmacies have a huge footprint throughout the country.

The pharmacist (or nurse) working in those facilities could support a patient using the expertise of a specialist physician who would direct the treatment and allow the monitoring to take place at the facility. The patient would otherwise have been denied the expertise of the doctor because of the prohibitive cost of transport and maybe even accommodation. Telemedicine extends the reach of the doctor rather than replacing him or her.

Setting the stage for innovation
In February 2008 representatives from the medical device community (academia, government and industry) in South Africa, with delegates from the United States and the United Kingdom, conceived a department of science and technology-supported event entitled “The Medical Device Innovation Summit”. Following further deliberations, the National Medical Device Innovation Platform (NMDIP) was born. In March 2010 a decision was taken by the Medical Research Council (MRC) to nurture a “Call for Proposals” to establish an MRC/University NMDIP in collaboration with suitable higher education institutions in South Africa.

Three research groups at Wits responded to this important call in order to realise the establishment of an MRC/NMDIP Hub at Wits as part of the “hub and spoke” model planned by the MRC. These are the Wits Drug Delivery Platform, the Biomedical Engineering Research Group, and the Molecular Research Diagnostic Group. The substantial research expertise, in terms of continued innovation in science, growth in research outputs, supervising the next cohort of new scientists in the field and the combined research infrastructure demonstrated by these research groups, Wits was awarded a NMDIP Hub among five other higher education institutions with feeder institutions as “spokes”.

The MRC-Wits Hub of the NMDIP is focused on several areas of research into the development of novel technologies under the institutional directorship of professor Viness Pillay. One such area is telemedicine, with myself as the research director at Wits Medical School based within the department of pharmacy and pharmacology. — David Bayever