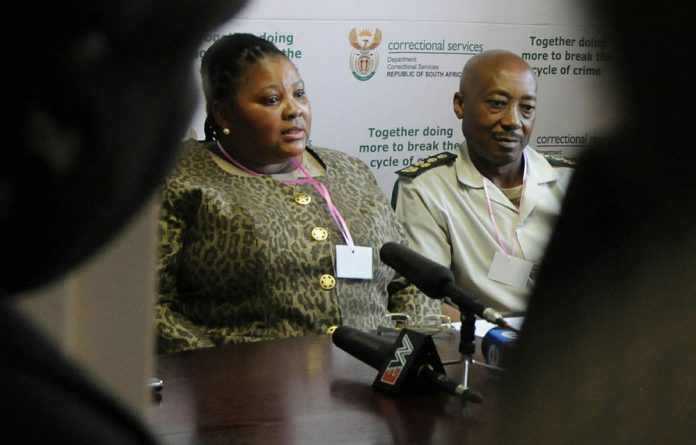 New prisons boss Tom Moyane has reversed a decision by his predecessor that could have negatively affected controversial services firm Bosasa Operations.

Moyane has decided to fight a court bid by a rival firm that aims to block the awarding of a catering contract worth almost R1-billion to Bosasa, which is under investigation for alleged corruption.

The Mail & Guardian has learned that just two weeks after his appointment, Moyane decided that the Correctional Services Department would fight the court application by catering firm Royal Sechaba and fire the top lawyers who had been advising the government on the case.

Moyane’s predecessor, Sibeko, had previously indicated that she would not be defending the application.

Bosasa was appointed in January 2009 to provide catering services to 31 prisons nationwide. This was the same tender the company had won in 2004.

At the time the M&G reported that the department had awarded the new tender to Bosasa knowing that it was under investigation for corruption and tender fraud by the Special Investigating Unit (SIU).

This included the two communicating the tender specifications by email before they were publicly advertised.

In November last year SIU head Willie Hofmeyr reported to Parliament that the unit had evidence Bosasa had paid Gillingham and that he had received gifts for himself and his family.

The unit also traced payments by Bosasa to an architect who was designing a house for former prisons boss Linda Mti.

The SIU’s report was passed to the National Prosecuting Authority, which relayed it to the Hawks for further investigation.

According to an application in the North Gauteng High Court, the department had disqualified Royal Sechaba from the tender process for not submitting bank guarantees.

In its application Royal Sechaba attached the guarantees submitted to the department and claimed that an anonymous correctional services employee had informed it that its tender bid was being “tampered with”.

It claims that the department had not responded when the company asked for confirmation that all its bid documents were in order.

Royal Sechaba is asking the court to set aside the award to Bosasa and readjudicate the tender.

The department, under Sibeko’s leadership, initially decided not to defend the matter after obtaining legal opinion from advocates Wim Trengove and Matthew Chaskalson.

The M&G has not seen the opinion, but Sibeko’s approach strongly suggests that she was advised that Royal Sechaba has a strong case and that the department would save money by not defending the matter.

But after Sibeko’s departure, and Moyane’s appointment in May, the department changed tack, informing Royal Sechaba that it would defend Bosasa’s appointment.

Asked why Moyane had reversed the decision, the department’s spokesperson, Manelisi Wolela, declined to comment, saying the reasons formed part of the department’s defence and he was not at liberty to disclose them.

Asked why the department had decided to reject Trengove and Chaskalson’s opinion, Wolela also cited the “sub judice rule”.

He would not disclose how much the department had spent on the legal opinion that Moyane had chosen to ignore and said that Mapisa-Nqakula had nothing to do with the change of brief.

“It is a decision taken at the level of the
administration.”

Royal Sechaba chief executive Tseliso Pitikoe told the M&G that he suspected the change of tactics was related to the “change of leadership” at the department.

Pitikoe said he was confident his company would win the court case.

At the time of Sibeko’s dismissal, her sympathisers claimed that she was removed because she opposed the extension of Bosasa’s contract and supported the SIU’s probe into the company’s dealings with the department.

The extension of Bosasa’s catering contract also led to the departure of Sibeko’s predecessor, Vernie Petersen, from the prisons department.

Petersen had opposed Balfour and Gillingham, who had both favoured the extension of Bosasa’s contract.