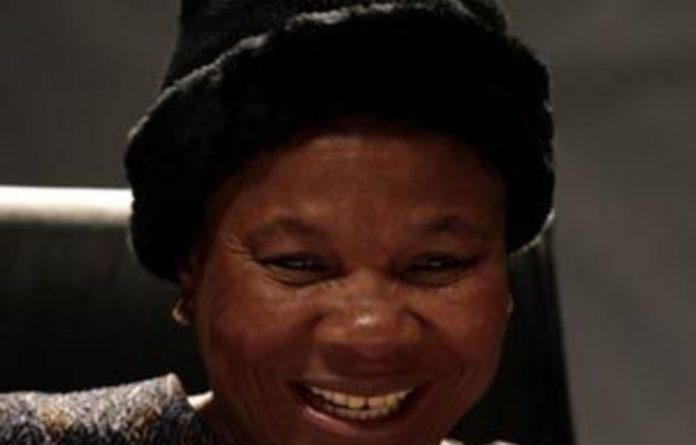 There is little doubt, according to the opposition Democratic Alliance (DA), that the African National Congress (ANC) is trying to advance its agenda of nationalisation by stealth.

Hendrik Schmidt, the party spokesperson on mining, pointed out on Monday that a state-owned mining company, the African Exploration Mining and Finance Corporation (AEMFC), which lay dormant for 63 years, has been reinvigorated, given a new mission in life and now been given mining and prospecting rights.

The Mining Minister, Susan Shabangu, said in a written answer to a parliamentary question that the company has been awarded one mining right and 27 prospecting rights.

“This is deeply significant,” Schmidt said. “It means the government now runs two state-owned mines: the diamond mine, Alexkor, and now the AEMFC.

“The creation of a mining company that is owned by the state, given its licences by the state [in a seemingly biased and untransparent process] and then operates on state business suggests the worst form of cynicism.

Financial loss
Schmidt said that the company, like Alexkor, has been running at a substantial financial loss (R14-million for the 2009/10 year and R10-million rand for the previous year).

He noted that according to the AEMFC’s annual report, its “principal activity” is to “acquire, hold, exploit, develop and engage in mining operations”. The report says, among other things, the entity’s long-term strategy is to “diversify into non-strategic mineral resources” (compared to its current mandate, which is to assist Eskom and PetroSA in ensuring a secure supply of feedstock) and to “enter in regional markets [Botswana, Swaziland, Mozambique and Zimbabwe]”.

The reply to the parliamentary question “suggests that its transition from an empty shell to a fully second state-owned mine is now near completion”, Schmidt said, “and with it, the ANC government’s obsession with increasing its control over mining in South Africa.”

He added that in the past five years there has been substantial growth in the mining sector in other parts of the world, while South African mines have seen a lack of investment. “This has partially been a repercussion of this sector of the economy being used as a vehicle to achieve short-sighted, economically misguided, political agendas,” he said. — I-Net Bridge