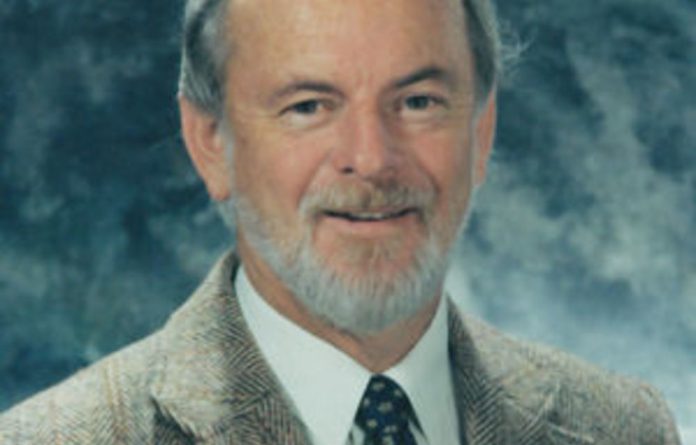 Schools and university attended: Cambridge Primary, Junior and High schools, East London, and Rhodes University.
Science is great because … it provides never-ending fascination, as we will never know everything, and allows me to retain my childlike curiosity.

From an early age, Mike Bruton took a curious liking to goggas such as ants and bees — and animal skulls. But it was during a fishing outing on the Nahoon River in East London that his innate interest in the world of natural science took firm root. So, when he enrolled with Rhodes University, he signed on for ichthyology (the study of fishes) as his area of focus. Today he is a revered scientist and expert in this field of study.

Bruton is an imagineering director at MTE Studios, Dubai and Cape Town. His primary task is to conceptualise, research, design and prepare signage for travelling exhibitions at science centres and museums including the MTN Sciencentre in Cape Town.

What sparked your interest in science?
Fishing at the Nahoon River in East London with my uncles, and travelling through the Transkei and Karoo with my parents.

Was there a particular event or person that persuaded you to pursue a career in your specific field?
Meeting Dr Marjorie Courtenay-Latimer as a child, and then Professor JLB Smith as a student, persuaded me to study fishes [ichthyology]. My initial interests lay in insects [entomology] and reptiles [herpetology].

What is your field of science all about?
I have worked and published in several fields of science. In ichthyology, I worked mainly on the ecology and life histories of freshwater fishes, and on the biology and conservation of the coelacanth. In herpetology, I dealt with the distribution and behaviour of reptiles. In conservation ecology, the development of conservation procedures based on the interrelationships of plants and animals was my focus. In museology, I worked on the design and impact of museums and science centres.

How can young people get involved in your area of specialisation?
Take an early interest in the natural environment and in biodiversity, go on expeditions, collect, classify, analyse, study, form conclusions about things that you see. Join the school’s science or natural history club. If there isn’t one, form one. Volunteer to work at your local museum or science centre and take part in their activities. Read widely on natural history. Befriend a real scientist and go on trips with him or her. Limit your time on the internet in favour of real-life experiences.

Tell us something about your experience in designing museums and science laboratories and centres.
First you have to find out what the target audience will be — for instance, schoolchildren, families, the general public or special interest groups. Then find out what topics will be covered in the museum. Find out whether the museum’s displays will rely mainly on real cultural or natural history objects (artefacts) or on interactive displays, or a combination of both. Do a broad plan of the space available to decide where the displays will go and how much space you need for people, the colour codes [and] what lighting, sound effects and textures you will use. Then you do research on the topics to be covered, write the labels for the displays and the contents of the touch screens and other digital displays. Then you design, make and install the displays.

Of all the science labs or museums you have designed so far, which one stands out and why?
The first science centre I did, the MTN Sciencentre in Cape Town, is the best and it has become a popular destination in Cape Town. The Museum of Science and Technology in Islam, which MTE Studios designed and built in Saudi Arabia, has also received very positive reviews.

Describe the general reaction of learners to some of the exhibitions or displays you have designed?
I always knew that the reaction of South African learners, with their multiple languages and educational imbalances, would be very positive to our language-free, interactive methods of teaching and learning, and this has been the case. The response has been very positive.

What do you do when you are not working?
I enjoy cycling, hiking, canoeing, golf, reading, music, travelling, meeting other scientists and science educators and interacting with young people. I enjoy reading mostly about science and technology, especially inventions and discoveries. I also enjoy giving public lectures that demystify science and technology.

Your message to science teachers and learners?
Make maximum use of the outdoor classroom at your school. Do a census of the plants and animals on your school grounds. Record the seasonal events that take place in your school gardens and fields — for instance, when flowers bloom and leaves appear, when different insects fly, when different birds visit. Attract wildlife into your school grounds. Do a water audit at your school.
Eradicate alien plants and replace them with indigenous plants. Arrange excursions to places of scientific, technological and natural history interest, such as museums, science centres and botanical gardens. Participate in competitive science events, such as maths, science and computer Olympiads, the Expo for Young Scientists, the First Lego League interschool robotics competition, bridge-building competitions and photographic competitions.