Delhi overcomes challenges to close on a high 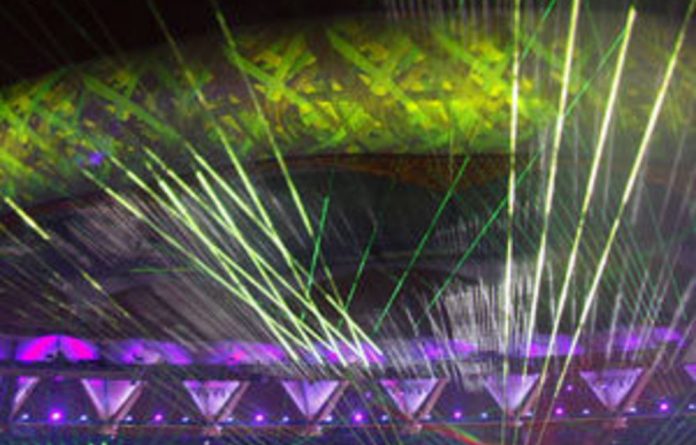 Delhi put on a second flawless spectacle of song and dance on Thursday to close the Commonwealth Games on a high after at one stage threatening to become a national embarrassment to India.

The $6-billion Games started in crisis and struggled through a first week of organisational blunders before finally getting into its stride to leave athletes happy and a host nation proud of its best ever showing in the sporting arena.

Chief local organiser Suresh Kalmadi, who bore the brunt of public anger and was jeered at the closing ceremony as he had been at the opening, paid tribute to the spirit the city had shown in bringing the Games back from crisis.

“A month ago questions were being asked about whether the Games would be held at all,” he said. “We knew it was about India’s ability to stand up and show the world what we are capable of and we can achieve in the face of adversity. We did just that.”

India’s hope was that the Games would display its ability to put on a world class multi-sport gathering but chaotic preparations and a series of organisational blunders turned it into a public relations disaster.

India is proud of being the “jugaadu” — the Hindi word for “making do” — nation, however, and the filthy athletes’ village was quickly made fit for habitation, a collapsed footbridge was reconstructed by the army and security was effective.

“The organisation of this Games has been characterised by many challenges and [they] have overcome those obstacles to deliver a truly outstanding event,” Games Federation chief Michael Fennell told the 60 000 crowd at the Jawaharlal Nehru Stadium.

Earlier, India’s badminton queen Saina Nehwal clawed her way back from match point down to claim a 38th gold for the hosts and ensure second place on the medal table, their best ever finish.

Australia topped the table for the sixth successive Games with 74 gold medals with England (37) just edged into third ahead of Canada (26). South Africa, Kenya and Malaysia won 12 golds.

The centre of Indian capital was again locked down on Thursday with reports in the British media of a specific threat to the closing ceremony a reminder of security concerns which caused some athletes to stay away from Delhi.

Rajan Bhagat, a spokesman for Delhi police, ruled out any new threat and said the 100 000 police and military who have been guarding Delhi and the various Games venues were not reinforced.

“There is adequate security and there is no change in the levels of threat perception,” he said.

After marching bands and the handover of the Games flag to the 2014 host city Glasgow, the David Dixon award for the Athlete of the Games went to Jamaica’s Trecia Smith, who successfully defended her triple jump title.

Passionate fans
It was India’s success in the sporting arena, however, that helped turn the event around with crowds flocking to venues that had been virtually empty at the beginning of the 12-day event.

“This is not the end but the beginning,” Kalmadi, who is also president of the Indian Olympic Association, added. “For the athletes this was a life-changing experience. For India it was a new beginning in sports. For the world, it was what India can do.”

Nehwal showed what she could do when she beat Singapore’s Mew Choo Wong in front of a delirious packed house at the Siri Fort complex.

“The crowd was really important,” Nehwal said. “I’ve never been match point down before so I was under pressure. I think it was the toughest match of my career.”

Kenya won both men’s and women’s gold in the marathon, which kicked off the final day, to complete its domination of the athletics with 11 golds.

Few spectators braved the security barriers and morning heat but the city’s wildlife was again out in force with police chasing stray dogs and using sticks to clear monkeys from the course.

Despite the Delhi belly stomach complaints and the security that kept them mostly locked up in the village, athletes were mostly positive about their Delhi experience.

“There were spectacular venues and really caring people ensured all our needs were met,” said Canada’s chef de mission Martha Deacon. “The Games are an incredible success. We had a great two weeks in Delhi.” – Reuters