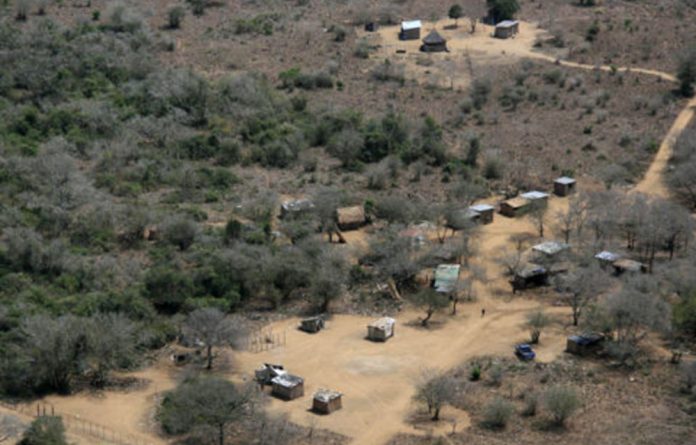 Environmentalists are holding their breath to see if order can be restored to the world-renowned Ndumo Game Reserve in northern KwaZulu-Natal after the provincial government called in police reinforcements in response to worsening anarchy there.

Ndumo was attacked by a mob at the end of last month, which destroyed a guard outpost and swing bridge close to the camp and threatened tourists and game rangers.

As a result, the KwaZulu-Natal agriculture and environmental affairs department called in troops.

The attack by the 70-strong mob is the latest crisis in the reserve since the wetland and birding area was hit by a land invasion by neighbouring communities two years ago, intended to “liberate” it for agriculture.

The invading Bhekabantu and eMbangweni communities cut down 12km of the park’s fence, demanding that they be allowed to farm inside the park.

They have since gone on to occupy 16 20ha or 14% of the reserve, which includes the most ecological sensitive section of the park.

But despite the presence of troops, including the defence force patrolling the border, the land invaders continue to practise slash-and-burn cultivation, destroying large areas of mature riverine fig forest.

The Mail & Guardian understands the mob attack occurred after the provincial environmental portfolio committee met local leaders from the Mbangweni Corridor and Ezemvelo staff members on September 21 and 22.

The police intervened after the swing bridge was destroyed and a large section of mature forest felled with a chain saw.

The violence and illegal intrusion into the reserve from the Mbangweni Corridor threatens the Lubombo Ndumo-Tembe-Futi Transfrontier Conservation and Resource Area, created through a protocol signed by the governments of South Africa, Mozambique and Swaziland.

The initiative has the potential to contribute not only towards conservation, but also to bring socioeconomic benefits to an area characterised by poverty and unemployment.

The secretariat of the international Ramsar Wetlands convention in Switzerland has asked for a progress report on Ndumo.

The M&G has seen graphic game rangers’ reports of the extensive damage to the reserve.

Even more damaging is the rampant poaching and illegal fishing. Poaching of fauna, including the use of cable snares, has already killed one white rhino and seriously injured another, the reports show.

An environmentalist who was formerly in charge of Ndumo Game Reserve, Paul Dutton, said he believed influential tribal leader Prince Russell Thembe was key to resolving the crisis.

“Thembe is the key person to mediate for a win-win solution to the current impasse as he is an influential and respected leader within local community structures,” Dutton said.

He said he had flown over the reserve and Mbangweni Corridor last Sunday and detected neither police activity nor cultivators in the reserve.

“The corridor is a hotbed of crime that the police has to stamp out otherwise the problems faced by Ndumo will escalate to the advantage of the miscreants,” he said.

Dutton believes the invasion of the reserve was motivated by criminal elements who wish to maintain freedom of activity in one of South Africa’s most crime-ridden border areas.

Thembe did not respond to messages left on his phone.

Minister of Water and Environment Affairs Buyelwa Sonjica has constantly passed this hot potato on to provincial minister Lydia Johnson to resolve, but Johnson has been accused of dragging her feet on the issue in spite of promises.

The police monitored land-invasion activity, while the defence force was responsible for controlling the border, Mafunda said, insisting the police were in control of the situation.

“Short-term plans are under way involving fencing a piece of land allocated for subsistence food production.”

Long-term plans include involving local communities in conservation management. “The strategy has not failed; the department is working hard to resolve this complicated matter,” Mafunda said.