Sprightly enough to get around rash cyclists 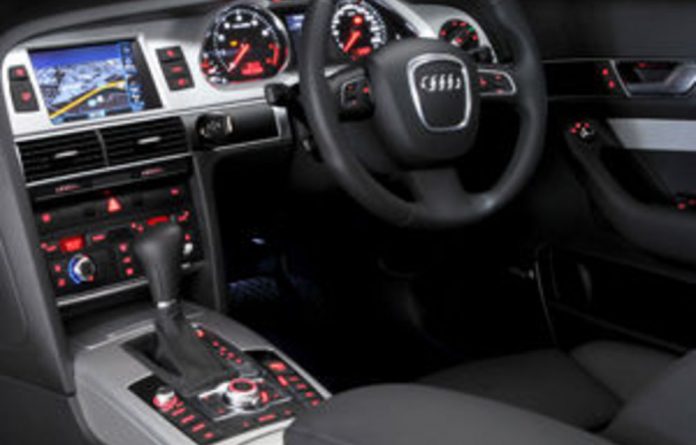 If nothing else, this country of ours, which we sometimes love to hate, is an unwitting study in how quickly the oppressed becomes the oppressor.

The proposed Protection of Information Bill and the ever-looming threat of the media appeals tribunal are perfect examples of how the ANC is rapidly turning into apartheid-era Nats, trying to muzzle the media.

But this sentiment is echoed even microcosmically, as I discovered recently while having the displeasure of sharing our streets with early-morning cyclists.

Two-wheelers, in general, are constantly harassed on our roads by everyone from bus drivers to truck drivers, with even regular vehicle owners not giving them much of a chance to pedal around.

I’m especially aware of their travails because I have a number of friends and family who are avid cyclists and bikers, so I wish we could give them dedicated lanes and be done with it.

And I still wish this despite experiencing that tyrannical dawn cyclists are about as accommodating as minibus taxi drivers in rush-hour traffic.

Consider this: I’m leaving my house at sparrow’s fart, rubbing the sleep out of my eyes, struggling to find a song that isn’t going to put me back to sleep and I come across a group of cyclists that stretches all the way across my lane. No worries. I’ll wait till there are no cars in the oncoming lane and I’ll overtake.

But cyclists in the oncoming lane are riding with the same lack of logic as those in my lane, so I’m forced into a dangerous over-taking manoeuvre uncomfortably close to cyclists on either side of me.

After one or two days of this, I decide to take a different route to boot camp, but it’s spring and vacuous cyclists are everywhere so irrespective of my routes I always encounter them.

It’s at this time of the morning when my usually limitless patience becomes as skinny as a supermodel on a diet of crack and a car such as the Audi A6 3.0-litre quattro tiptronic with its turbocharged V6 engine ensures not just my safety, but that of the devil-may-care two-wheel fans as well.

When the gaps in traffic are slim, the terrain twisty, the sky dark and fleshy obstacles pop up all around you like tenderpreneurs at an ANC conference, you will appreciate the burst of energy that pushes you back in your seat to ensure that you’re able to negotiate this situation without incident.

The not-so-insignificant growl from the 3.0-litre engine (with 213kW of power) also serves to warn cyclists that there are others who also need to use the road and that we should all accommodate one another as opposed to riding or driving as though the roads belong to us alone.

I appreciate the A6’s power and agility because I’ve had to drive in this situation in a variety of cars and the smaller-engined vehicles just aren’t able to make use of the gaps in the bicycle traffic as easily as the A6 does.

And when I’m done with the push-ups, sit-ups, squats, tricep dips, bicep curls, jogging and crunching, I flop into its leathery confines and am most thankful that all I have to do is steer and muster up a little energy in my big toe to accelerate or brake.

The A6 comes with a lively tiptronic transmission with flappy paddles on either side of the steering wheel so when you feel the need for speed, all you have to do is move the gear-shifter into sport mode and you can let those revs climb all the way to the red line, though given the A6’s sprightly disposition, you might find that allowing the revs to climb in this manner means you’re going to have to keep a keen eye on the speedo because, despite its girth, the A6 sprints from 0 to 100kph in 5.9s.

The interior fit and finishings on most Audis are generally said to be class-leading and the A6 is no different — you will have to spend a great deal of time staring at the stitching and running your fingers slowly over the instrument binnacle to find fault with the workmanship.

For R622 405, the only competition — other than a few other luxury saloons — would be the Audi S5 Sportback, which is my favourite car for now alongside Honda’s first hybrid to hit our shores, the CR-Z.

But the Honda hybrid is a hatch so it wouldn’t do the job of transporting a family in supreme comfort, although the S5 Sportback might just pull this task off.

The only drawback is, of course, the fuel consumption.

I didn’t get around to doing much long-distance driving but for the town driving I averaged just under 16 litres per 100km. But when I did cruise at 120kph on the highway, the rev needle hovered around the 1700rpm mark and that’s a good indication that long distances would return impressive consumption because the engine wasn’t at all stressed out even at 120kph.

After some time with the A6 I’m left feeling a little envious of those among us who can afford a car like this, which is a rather strange feeling for me because if I had the bucks, I always thought my car of choice would be a sporty hatchback or something similar, but now that an executive car has won me over, does this mean I’m in danger of finally growing up?

Maybe I am, because to avoid the inevitability of a cyclist-shaped hood ornament I’ve now decided to attend the evening boot camp class, though I do hope cyclists realise soon that they’ve turned into the very bullies they despise so fervently.

Audi A1 will put you in the red

Unlike many cars in the compact-SUV segment, the Audi Q3 isn’t a gimmick. But living up to its name comes with a hefty price tag
Read more
Business

A reality show reveals the high life of those who trade in foreign currencies, but is it all it’s cracked up to be?
Read more
Environment

The charges are linked to over 434 000 Volkswagen, Audi and Porsche cars fitted with "defeat devices" to fool regulators' emissions tests
Read more
Motoring

It's big but powerful, luxurious and sporty
Read more
World

Tuesday's fine comes on top of total costs in fines, buybacks and refits of more than 27 billion euros that Volkswagen has had to pay
Read more
Advertising
Continue to the category
Politics