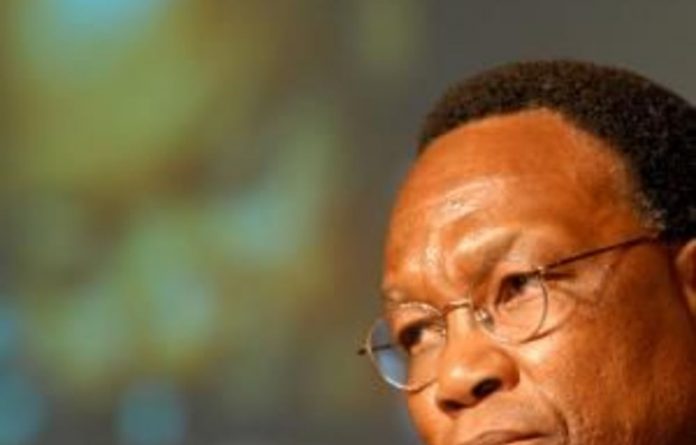 The current review of the media’s self-regulatory mechanism, the Press Ombudsman, would influence whether there was a need for a Media Appeals Tribunal, Deputy President Kgalema Motlanthe said on Saturday.

“If the process of reviewing the self-regulatory mechanisms produces mechanisms that can address the concerns about its shortcomings, we see no difficulty in accepting that right product, whatever it is so, we are in a sense allowing the space for the media to attend to that challenge,” Motlanthe said.

He was speaking after a meeting between government and the SA National Editors’ Forum (Sanef) in Magaliesburg.

The Press Council is currently undertaking a review of its constitution to help strengthen the body, which has been criticised by the ruling ANC as being “toothless”.

“…A lot depends on how the concerns would be addressed, for instance if there is an inaccurate article in a newspaper, what is the turnaround time of printing a correction?

“Those are some of the key questions that the media itself would have to address and if those are addressed, it will remove the basis for the concerns.”

No commitment on MAT
The issue of the MAT was raised frequently during the two-day meeting, however, because it was still an ANC matter, government could not make any commitments on it.

Motlanthe’s response to questioning about the MAT was in his role as deputy president of the ANC.

He said self-regulation was not unique to the print media and many other sectors self-regulated such as lawyers.

He said the ANC resolution on the MAT referred to an investigation into the “desirability” of establishing a tribunal.

“Now, since the media itself has set in motion processes of reviewing its own constitution, the press council, the press ombudsman’s office, we believe it is only reasonable to allow that process.

“… Media adverts inviting inputs are still open and the ANC is free to make its submission if it so feels.”

Press council review
The press council’s review team was due to make recommendations in November, after the review concluded. It would be conducted by: the council’s deputy chair Bewyn Petersen; The Star’s editor Moegsien Williams; University of the Witwatersrand journalism Professor Franz Kruger; and businessman and Press Appeals Panel (PAP) public representative Simon Mantel.

The ANC resolved that Parliament would look into the form and viability of a MAT at its national general council in Durban last month.

A decision on the tribunal was taken at the ANC’s 52nd National Conference in Polokwane in 2007.

The MAT and the Protection of Information Bill sent shock waves through the media fraternity and civil society, as they were seen as a bid to clamp down on media freedom in South Africa.

The meeting between government and Sanef was hailed as “constructive” and while no concrete decisions emerged, both sides agreed that they had to keep talking.

Annual meetings would take place between the State and the country’s editors, Motlanthe said.

Concerns
Concerns raised by government included redress for “inaccurate”, “salacious” reporting while editors expressed concern about government communication officials acting as gatekeepers instead of merely facilitating the relationship between journalists and government.

Government also raised concerns about diversity of media ownership, the quality and integrity of reporting and the “need for the dissemination of information in ways that would support help the country realise the vision contained in the Constitution.”

The former Sunday Times editor said the meeting was significant as it “lessened the level of distrust” between government and Sanef.

Sanef call on members of the public, corporates, donors and government to support the media industry and journalism during this critical time
Read more
Business

Ramaphosa says recession announcement is ‘not a surprise’

Just over a year ago, veteran radio presenter Xolani Gwala’s cancer was in remission. He spoke to the Mail & Guardian once he was back on air.
Read more
Advertising
Continue to the category
National