‘Why Israel only’ is tired and hypocritical 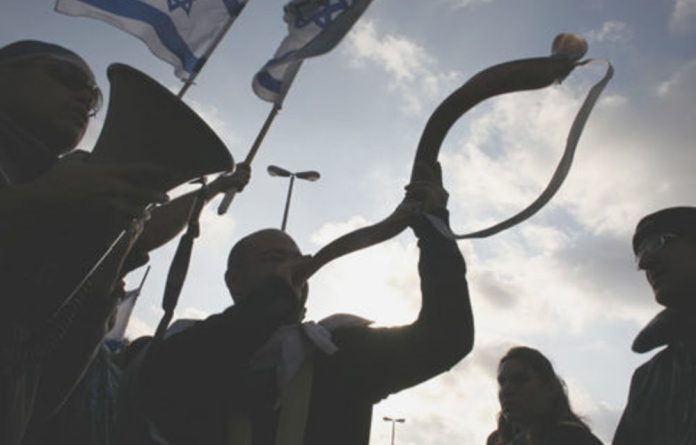 Robert Fine’s piece “Blame Game won’t lead us to peace” (October 8), commenting on the rather tepid University of Jo’burg senate resolution to the call by (now more than 270) South African academics, including the vice-chancellors of three South African universities to end its apartheid-era relationship with Ben Gurion University, raises some interesting points.

Desmond Tutu is indirectly, but not so subtly, accused of anti-Semitism because he warns that those who support the severance of ties may lose research funding and, at the same time, urges Jews not to forget their own past as victims of discrimination.

Tutu does not say who might withdraw research funding, so he is not trotting out some canard about “Jewish money power”.

He is making the (clearly accurate) statement that opposition to Israeli policies is not popular among those who dole out research money (mostly in Europe and the United States) and that people critical of Israel can be, and often are, penalised. Those who do the penalising are not necessarily Jewish — most are probably not.

And to ask Jews to remember their past is hardly anti-Semitic. Jewish activists do this all the time.

During apartheid, it was common for liberal Jews to say that their fellow Jews should empathise with the oppressed because Jews had the same experience: no one except the right-wing fringe accused them of being anti-Semitic or “self-hating”.

Reasons Israel is singled out
Why single out Israel? Because Israel is the only serial human rights abuser that enjoys consistent and enthusiastic support by all the liberal democracies of the North.

This support gives the Israeli state an impunity that Iran, Sudan, Zimbabwe or Burma, to name but four, do not enjoy because their human rights abuses are all — rightly and however unprincipled — attacked by the major powers.

There is a difference between academic institutions that may have a relationship with states involved in human rights abuses and those that actively support a military establishment, the activity of which is, by definition, an abuse of human rights.

Israeli universities actively support a military, the recruitment criteria of which is racially discriminatory and which has as its entire raison d’être the support of an occupation regime that violates international law.

Military involvement
Any other university that routinely suspends normal academic criteria to bestow degrees on military personnel engaged in an illegal occupation or to provide material rewards for students who engage in illegal military actions should be boycotted too.

The argument that Israeli universities are not an integral part of the Israeli state because there may be individual voices of dissent within them entirely misses the point. Of course, some Israeli academics are dissenters, but in what way are Israeli institutions, as institutions, forums of dissent?

The tired complaint that only Israeli abuses are discussed and not those of Palestinians totally misrepresents the conflict as one between two sides that are presumably competing on equal terms.

To claim a moral equivalence between the power-holder and the victim is to provide a blank cheque to all abusers.

Did Fine agree with those apartheid apologists who insisted that the problem under (South African) apartheid was a clash between whites and blacks who had equal moral claims? Or does he agree with us that it was a system in which the minority used power to deny rights to the majority?

Does he think there is a moral equivalence between the Iranian or Burmese regimes and those they oppress? Why are Israeli abusers of human rights, in Fine’s book, entitled to a moral sympathy no other abusers enjoy? Why the double standards?

Fine ends with what appears to be an innovative left-wing insight but which turns out to be another familiar Israeli establishment apologetic in a new guise.

He claims that the West casts Israel “as the incarnation of the negative properties the West is alleged to have thrown off” and makes it serve “as a vessel into which we can project all that is wrong in our own history and preserve the good for ourselves”.

This is a well-rehearsed bully tactic repeatedly used by Israel-supporters to buttress existing Western prejudices and to manufacture sympathy for the Israeli state, whatever abuses it commits.

The intent is clear: to portray any and all criticism of Israeli actions as a symptom of irrational prejudice and thus to silence all and any criticism.

That Fine has, in effect, endorsed this position places him squarely in the camp of those for whom only uncritical support for the Israeli state is evidence of moral good faith.

That an academic who claims to support free inquiry and open debate could endorse such a position is deeply shameful.

Who will shake SA Jewry’s faith in Israel?

‘Goldstone was bullied into recanting’