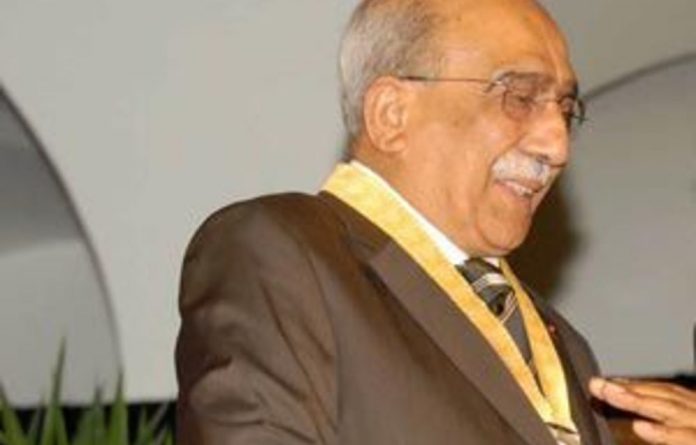 “… Self-censorship and the forces that conspire to ensure its evolution are equally dangerous,” Asmal said in a speech prepared for delivery at the University of the Witwatersrand to mark Black Wednesday.

Asmal noted weekend reports that the ANC’s proposed media appeals tribunal (MAT) may be sidelined in favour of a more “proactive approach” to self-regulation by the media themselves.

ANC deputy president Kgalema Motlanthe on Saturday said if the media got its house it order, there would be no need for the highly contentious MAT.

He was speaking after a meeting between the South African National Editors’ Forum (Sanef) and government ministers.

Asmal asked: “When does self-regulation degenerate into self-censorship?”

He said this approach would be “consistent” with the ANC’s decision to move the debate over the MAT to Parliament — as was decided at its national general council in Durban last month.

“… A robust discussion on self-regulation may be more apposite than a brow-beating session about the prospect of an MAT.

“However, the issue highlights a broader tension and discourse … It is the tacit discourse of fear and self-censorship which stalks all these debates about media behaviour and possible control mechanisms, whether they are to be in the private [self-regulation] or public [MAT prospect] realm.”

Wa Afrika, he said, was “questionably arrested” and was subjected to a “dubious prosecution”, which was summarily dismissed, and “unconstitutional treatment” during his arrest and detention.

“Subsequently Mr Wa Afrika could easily have self-censored his activities, having been brow-beaten by a rather hair-raising experience or he could simply step right back into his journalistic ethos and continue to pursue the truth.

“He chose to do the latter and produced another headline about the dubious circumstances surrounding the death of Mpumalanga politician James Nkambule, who may have been poisoned.”

Asmal said this was the “nature of the tension when intimidatory tactics breed an atmosphere of fear of persecution in one form or another, which results in self-censorship which may be more effective than … actual censorship”.

“It is this very prospect of a ‘fear instrument of persecution’ [the putative MAT] which would clearly result in self-censorship which makes debates on responsible self-regulation all the more crucial in the aftermath of Sanef’s meeting with government.”

Asmal said it was worrying that South Africa’s press was downgraded from “free” to “partly free” in the Freedom House annual report for 2010.

Worrying trends in the country included “hostile government rhetoric” toward the media, “increasing political interference” in the SABC, using “gag orders” to limit reporting, and concentration of ownership in the print and broadcast sectors.

The report was released before the ANC NGC’s resolution on the MAT and before the “draconian” Protection of Information Bill and the arrest of Wa Afrika.

Asmal said it was worth asking who was responsible for protecting free speech in South Africa. “It is my contention, and it is partly bolstered by observing this weekend’s meeting between Sanef and the government, that it is our collective responsibility, but note that the Bill of Rights states that it is the duty of the government to protect these rights, not to minimise them.”

‘We cannot allow denigration of these core beliefs’
He added that self-regulation must not “surrender” the “core element of a free press”, which was “its right to determine its own opinions and to record the facts”.

“Neither must there be a continuing element of those who have changed to self-regulation to meet the needs or prejudices of economic or political power.

The country, he said, managed through sacrifice to secure a new dispensation that placed free speech and access to information as a “lodestar” of the new order.

“We cannot and must not allow any denigration of these core beliefs that were so dearly won.”

He warned that societies who failed to ensure that their citizens engaged freely, were living “on borrowed time”.

“We would do well to remember that as we recall Black Wednesday and the system which it symbolised.”