The mother of the Holocaust 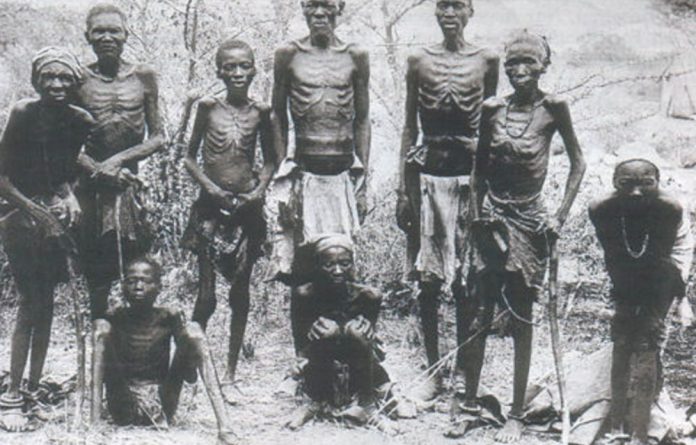 THE KAISER’S HOLOCAUST: GERMANY’S FORGOTTEN GENOCIDE AND THE COLONIAL ROOTS OF NAZISM by David Olusoga and Casper Erichsen (Faber and Faber)

The book industry has a way of looking after its own — this may explain why drab titles are routinely described as unputdownable and a must-read. But, The Kaiser’s Holocaust is richly deserving of the superlatives — “rivetingly written” and “most compelling” — that have been thrown its way.

It is a thoughtful work of history linking the horrors committed by Adolf Hitler and his Nazi acolytes in the 19 30s and 19 40s with Germany’s colonial adventures of the late 19th and early 20th centuries under Kaiser Wilhelm II.

What happened in the colonies is viewed against the developments in the metropolis, be it the kaiser’s valedictory speech to the soldiers about to be dispatched as part of the eight-nation alliance “to put down the Boxer Rebellion” in China, the racist scholarship that was in vogue or other wars of conquest in East Africa.

The speeches, correspondence and diary entries of the main actors — the colonial authorities, generals, soldiers and others — are interrogated.

For centuries the native inhabitants of the place we now know as Namibia had been able to pursue their lives unmolested because what they occupied was “unwanted real estate”.

Their land had no “thriving coastal populations to trade with or enslave — no gold, spices or precious stones”.

It’s particularly significant that Namibia was the first territory Germany laid claim to in 18 83, for what happened in this desert outpost would, in many ways, provide the blueprint for some of the Nazis’ excesses. Namibia’s centuries of seclusion abruptly ended when a German trader named Heinrich Vogelsang arrived.

The young German went to see Joseph Fredericks, the kaptein of the Bethany Namas. They were part of the Nama nation, comprising 12 clans, offspring of the union of Khoisan and Dutch settlers. Worldwise and adaptable, the Namas were also good at “the gun and the horse”.

Unlike other territories where conquest had been relatively swift, Namibia’s colonisation was protracted. The imperial commissioner of the new colony, Heinrich Göring (father of Herman Göring, who would become commander-in-chief of the Luftwaffe, the German air orce), admitted in a report to chancellor Otto von Bismarck that the “situation in Namaland was not very encouraging”.

Although other chiefs were deceived into signing treaties, Hendrik (chief of the Witbooi Namas) was perceptive enough to see the lies contained in the documents. Once, when asked to sign a protection treaty, he asked a German emissary: “What are we being protected against?”

The massacre of the Witbooi at Hoornkrans would set the template for future wars against so-called “inferior races”. The forces indiscriminately fired at any living thing — the old, women and children. The report by Witbooi’s child is especially touching: “We thought the men might be killed but not women.”
The war dead from this first war would be eight old men, two young boys and 78 women and children.

Some of the intellectual inspiration that fed these massacres and the more egregious ones that were to follow was a theory called Lebensraum, the German word for “living space”, coined by a scholar, Friedrich Ratzel. A mixture of Social Darwinism, expansionism and a wistful desire for peasantry, the theory’s central proposition was that in the battle for survival “the world’s strongest nations would have no choice but to fight wars against indigenous peoples in a ‘struggle for space'”.

It was a theory that was warmly embraced by the colony’s commissioner for settlement, Paul Rohrbach. As a good student, he found ways of taking the doctrine to its logical conclusion. “To secure the peaceful white settlement against the bad, culturally inept and predatory native tribe,” Rohrbach argued, “it is possible that its actual eradication may become necessary under certain conditions.”

This theory was to be tested in the war with the Herero at Waterberg. A German soldier keeping a diary wrote: “We had been explicitly told beforehand that what we were dealing with was the extermination of the whole tribe, nothing living was to be spared.”

After their conquest, 80% of the “Herero nation had been killed or driven out of the colony”. The defeated Herero, those who had survived the battle at Waterberg, were forced into the Omaheke (Kalahari) desert, where most would die from hunger and thirst.

Still, Lothar von Trotha, the head of the force, wasn’t mollified by the conquest. He wanted the world to be rid of the Herero problem once and for all. To this end he wrote what came to be known as the extermination order, a copy of which can be found in the National Archives of Botswana.

“The Herero people must leave the land,” the infamous order begins, “If they do not this I will force them with the Groot Rohr [cannon]. Within the German borders every Herero, with or without a gun — will be shot.”

One of the more remarkable things about The Kaiser’s Holocaust is how readable and entertaining it is. Had it been about a lighter subject, one would go through its 360 pages quickly, but its heavy subject matter means you have to read it in small doses.

What is striking is the links the authors make with Nazi Germany. Some of the excesses of the Nazis had been visited on the hapless Hereros and Namas. Concentration camps, labour camps, biological racism and racial genocide were practised by the German colonialists in Namibia.

The authors argue that the philosophies and science that inspired the war against the Namas and the Hereros were amalgamated into the Nazi doctrine and then fired up by Hitler’s rhetoric. Even soldiers whose careers began in South West Africa (as Namibia was known then), Togo and the Cameroon “were to play leading roles in the Nazi tragedy”. In fact, the brown shirts worn by the Nazi storm troopers had been used as uniforms in Namibia.

If the prosecutors at the Nuremberg trials had been more attentive to the evidence that was at hand, the two authors argue, “they might have recognised a continuity in German history and understood that Nazism was anything but unique”.

The Kaiser’s Holocaust is a detailed and brilliant book, sympathetic yet unsentimental, a must-read for scholars of history and anyone with an interest in Africa and humanity.