Behind the New Age meltdown 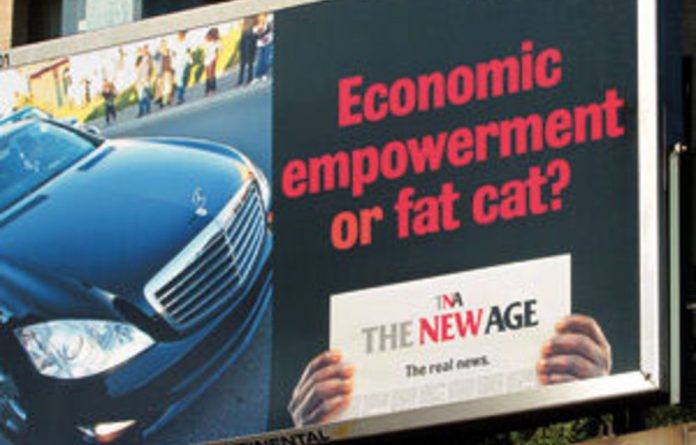 A showdown over the launch date and a crippling lack of resources appear to have been what prompted the five most senior ­editors at the New Age newspaper to resign this week.

The launch has been postponed until further notice, though managing editor Gary Naidoo said in a statement that management and staff “remained fully committed and are assured that this project will be a success”.

Mvoko and his colleagues have so far resisted disclosing reasons for their decision, but it appears driven by the tight-fisted approach and authoritarian management style of the Guptas, the controversial family close to President Jacob Zuma that is funding the project.

“I am not prepared to talk about what happened at the New Age,” he told the Mail & Guardian on Thursday. “We owe that to the people we left behind, who have jobs and families to look after. We said to them, we are not going to go outside and rubbish the project. The project is worth preserving. We did explain to people there what our reasons were … but they know why, they know what is happening, they are experiencing stuff on a daily basis.”

Mvoko denied speculation that the five might be negotiating a return.

“At a personal level, no,” he told the M&G. “But some of the staff have asked for mediation. I don’t know what is happening about that.”

Other staff members have told the M&G the main reason for the departures was a difference with the owners over the state of readiness to launch. Said one senior staffer: “It’s bad. We kept telling these people we are not ready and [Atul] Gupta just would not budge, insisting we produce because he ‘promised the market’. We hope he has learned his lesson from this. I am considering my position.”

Said another with insight into the situation: “It was an operational thing … they were pushing to have the launch date put off” as they felt New Age was not yet ready to publish sustainably. There were capacity constraints, including some resources promised by the owners but not delivered.

The source said Atul Gupta, representing the owners, “did not listen” to the concerns and seemed pre-occupied with how the “market would perceive” another postponement. At some stage during the negotiations Ajay Gupta also reportedly came in, “with [Essop] Pahad in tow, which did not help”.

A senior staff member dismissed speculation that the five resigned over differences about editorial direction.

“It’s not true. We all signed up to the editorial policy, which is broadly supportive of government but allows for constructive criticism. The issue was that we felt from an editorial perspective that we were not ready. Most people will be joining us only from the beginning of November because they are serving notice with their current employers. Capacity wise, we were going to struggle because each department still has vacancies to fill.”

Another source, who has been in regular communication with some of those who have resigned, was blunt: “Basically, there is no business plan; the IT system doesn’t work properly. [The staff members] have been warning for a while that [the newspaper] can’t come out. Postponement is not going to sort out the key problems, they’re not willing to spend money.

“They don’t even have a real advertising sales office. I don’t know how they expect to generate revenue, even from government. They seem to be expecting government to come to them. These are the worst proprietors that I have ever come across.”

The source also said managing editor Naidoo, who handled public relations at Sahara, the Gupta family computer company, before joining New Age, “knows nothing about newspapers. He’s just there to control the money. Everything is on the cheap. It’s like: ‘We need 12 cars. OK, you can have three’.”

The source also raised questions about the continued commitment of the Times of India, touted as a heavy-weight partner by the New Age‘s proprietor, TNA Media. “They seem to have left,” said the source.

However, Mohit Jain, a director of the Times of India Group and the manager of its interest in TNA, told the M&G: “It is sad what has happened, but these things arise from time to time and we remain committed to the partnership.”

Jain disclosed that the Times Group had a “double digit” shareholding in TNA Media, the directors of which are Atul Gupta, Lazarus Zim and Essop Pahad.

Jain said they had not yet nominated anyone from the Times Group to the board.

Rahul Kansal, the chief marketing officer for the Times of India, said that four to five teams had been sent for stints in South Africa, but there were no staff based here permanently.

He said the Indian media group “remained closely involved” as a technical adviser.

There has been speculation that part of the pressure for a launch date has been the desire to get the paper up and running ahead of local government elections next year.

While the paper’s owners are regarded as close to the ANC and are personally close to President Jacob Zuma and his family, Mvoko had been insistent that he would maintain an independent editorial line, albeit broadly sympathetic to the ANC-led government.

The pressure appears still to be on. Night editor Jeremy Shepherd-Smith has been appointed acting editor and a day after the five resigned the paper advertised their positions on its website.

Management also called staff to a meeting and assured them that their jobs were safe and that it was proceeding with the launch of the paper.

Said one staffer: “The mood is not good, but the owners are saying they are not looking backwards. They are forging ahead with the launch, though it seems like they will not rush it this time around.”

Many among the editorial staff are said to be worried about their futures as they were recruited by the editor and his deputy, who have now left.