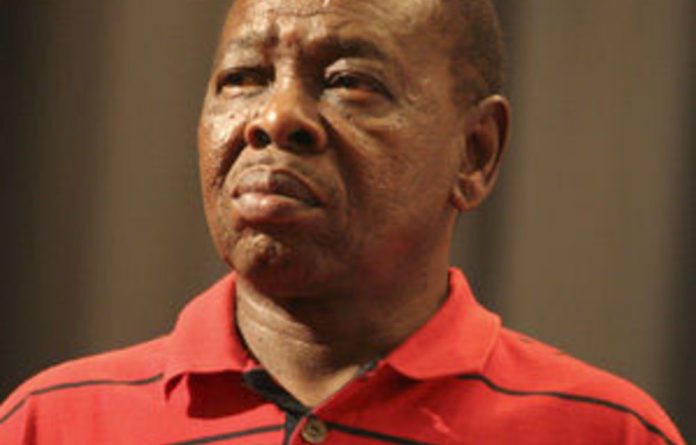 Higher Education Minister Blade Nzimande’s apparent belief that his officials are ganging up on him has claimed a second victim to director general Mary Metcalfe, whose sudden departure caused shock waves this week.

Long-time Nzimande ally Ranjeni Munusamy, his ministry’s head of communications, is also leaving amid what the Mail & Guardian understands is a worsening climate of fear in the higher education and training department.

Munusamy was a key player in “the dream team” some political observers said Nzimande assembled when he was appointed to the newly created ministry after last year’s general election.

“I am discussing with the minister and his advisers the terms of the premature termination of my contract, but I can’t now say why,” Munusamy told the M&G on Thursday.

Munusamy’s association with ­Nzimande has been long and close. She first met him as a journalist when she was reporting on political violence in KwaZulu-Natal in the early 1990s.

Their association continued after she left journalism and became the public face of the Friends of Jacob Zuma Trust.

Her appointment as Nzimande’s chief media liaison officer when he became a national minister surprised many in education circles because she had had no marked involvement in the field.

Her appointment was viewed as “a political reward”, an educationist with extensive knowledge of the sector, both in and out of government, said this week.

Preferring not to be named, he said that she nevertheless turned out to be highly effective in the role.

A number of observers told the M&G they were deeply puzzled by Nzimande’s sudden hostility towards Munusamy, citing the long history of trust between them and her ­accomplished execution of her departmental duties.

The same observers said that, while shocked at Metcalfe’s ousting, they were not surprised that her and Nzimande’s temperaments had clashed. Metcalfe’s bureaucratic caution must have been frustrating to Nzimande “in his now increased revolutionary mode”, said one.

“You can’t see Mary leading the workers over the parapets: she’s not an out-of-the-box thinker.”

One said that “many of us were surprised Nzimande even appointed her, given that he’d been on record about the need to take management positions away from whites”. But the same observers said his ostracising of Munusamy was inexplicable and her departure deepened the mystery now shrouding Nzimande’s behaviour.

Earlier this week Nzimande’s adviser, Gwebs Qonde, flatly denied the story in the City Press on Sunday that Metcalfe had resigned or would do so. The newspaper reported that the director general was on her way out because Nzimande no longer trusted her and was forcing her to quit.

On Monday Qonde issued a “joint statement” by Nzimande and Metcalfe, saying the two had “agreed” she would leave “before the end of April 2011”.

The statement “dismiss[ed] media speculation … of allegations of impropriety” on the part of either. It said Metcalfe “had been asked to establish the [higher education and training department] and a solid foundation in this regard has been laid”.

The M&G understands that tensions between Nzimande and his senior officials had been building for months before matters came to a head over the trip to Cuba that City Press reported Metcalfe had objected to on the grounds of unnecessary expenditure.

Information from departmental insiders and from sources who have interacted professionally with the department suggests a steady escalation over several weeks of the same pattern: when officials queried or disagreed with Nzimande, he reacted angrily, as if betrayed. One insider spoke of “a huge purge coming”, saying rumours that Nzimande feared a “cabal” was out to get him were true. “He suspects everyone now,” the source said.

The same source also said Nzimande’s clash with Metcalfe over the Cuba trip was “the tipping point”, when long-simmering tensions boiled over into ministerial behaviour that “lacked any logical reason”.

Insiders have often referred to the difficulties Nzimande’s personal behaviour has posed for polishing his public image, from his purchase of a R1,1-million BMW 750i on his elevation to Cabinet last year, to his well-publicised 15 days at Cape Town’s Mount Nelson Hotel during June and October 2009, which cost more than R40 000.

With ministerial discounts, the stay worked out at R2 711 a night, the ministry claimed in his defence at the time.

But his personal behaviour has also posed difficulties for the department’s internal operations, the M&G was told.

It is said he was particularly fond of a junior staffer, who flaunted before senior staff the authority she apparently felt that the minister’s favour had bestowed on her.

Metcalfe, the M&G was told, warned Nzimande about the disruption this was causing in the office, but the minister took it as a further sign of betrayal and opposition from senior staff.

The junior staff member, whose name is known to the M&G, eventually resigned from the department, said a well-placed insider.

The M&G could contact neither the staffer in question nor Metcalfe on Thursday.

Nzimande has been a strident and controversial advocate of a statutory media tribunal and is said to have interpreted Munusamy’s opposition to the idea as a betrayal.

Munusamy has publicly attempted to mediate between newspaper editors and the minister on the issue. The M&G has learned that tensions have escalated in recent weeks.

It understands that Nzimande’s trip to Cuba was a South African Communist Party affair and that Metcalfe objected to his expectation that the department would pay for it.

Nzimande is SACP general secretary and has previously combined state visits — to Russia and China, for instance — in his capacity as education minister with SACP-related work.

SACP spokesperson Malesela Maleka did not deny that the SACP had recently sent members on a trip to Cuba, but when questioned on its purpose said: “We do not discuss party business like that. I am uncomfortable giving you answers to your questions because I don’t know what you are doing with that information. It’s none of anyone’s business what the SACP delegation went to do in Cuba.”

On rumours of a further possible purge of the higher education department, sources repeatedly named two senior officials as being next in line for the axe. The officials concerned could not be contacted.

The official response
Gwebs Qonde, adviser to Nzimande, responded to M&G questions by saying Monday’s joint statement by the minister and Metcalfe “captures everything in relation to what’s happened in the DHET”.

When the M&G pointed out that its questions mostly referred to matters not alluded to in Monday’s statement, Qonde said: “Talk to your sources. All other things don’t arise. I’m in a meeting, there’s nothing more.”

Twenty minutes later he called back, saying he had re-examined the M&G‘s questions and there “is no truth in them over and above what we have articulated in the statement”.

Asked whether Munusamy was leaving the department, he said: “There’s no truth in saying she’s going because that’s still under discussion, and how it will turn out is a different issue altogether.”

Pressed on whether Nzimande had seen the M&G’s questions, Qonde said: “I’m handling the issue.”

Where to now for universities and skills?
“We need to keep our heads in the face of the unravelling of the department,” said Peter Vale, a ­fellow at the Stellenbosch Institute for Advanced Study, in response to Minister Blade Nzimande’s purge of senior officials in the higher education and training department.

He said the universities summit held by Nzimande in April looked like “the beginning … of a mode of doing things ­differently. If life under previous ministerial regimes was intervention and interference, under Nzimande’s set-up, this has been minimal, if nonexistent,” he said.

He hailed Nzimande’s “opening up to the humanities”, which had long played second fiddle to the government’s prioritising of science and technology, as “important not only for the sector but for the country”.

Commenting on the department’s skills development initiatives, an educationist who did not want to be named but is familiar with the department, said that the concern must now be that the department “does not get anally retentive and focus on these internal issues”. He said he was “struggling even to begin to think who could be right as new director general”. The department was already “hugely under-resourced in senior management”.

Vale said: “This is a delicate sector. What is happening is not good, but we must try not to make it worse.”