Virgo is a born star 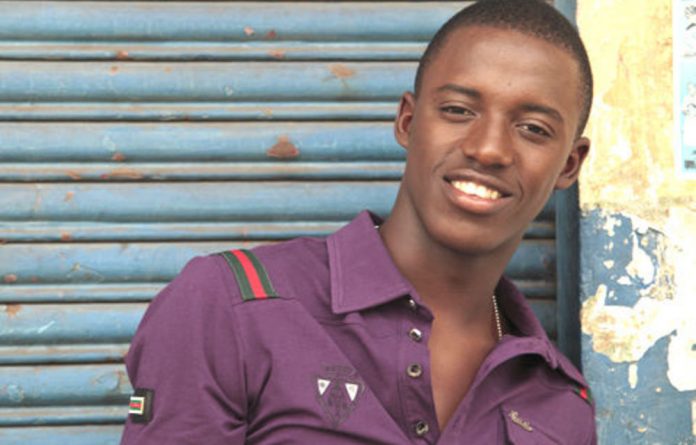 Dancehall music occasionally throws up a prodigy who emerges fully grown, beard and all, ready to take on the world.

Romain Virgo, the latest Jamaican sensation, is one.

Virgo came to the attention of his fellow islanders in 20 07 when he became the youngest contestant ever, at 17, to win the Digicel Rising Stars, a Jamaican music talent contest. He has followed this success with a debut CD, eponymously titled, which was released by VP Records a few months ago.

He was raised by a religious mother and grandmother who, according to a report in Fader magazine, were naturally perturbed that Virgo was going to be a dancehall musician. He doesn’t show much inclination for religion — organised or otherwise.

What this baby-faced 20-year-old with closely cropped hair does show is a streetwise credo and an awareness of the world inhabited by his hard-up compatriots. On Who Feels It Knows It, featuring Etana, Virgo sings about the barbers and the vendors, who lead rough city lives: “You think it easy fi barba stand up inna di shop whole day and nuttin nah gwaan —”

Most of the tracks on the album (10 out of 15) were produced by Donovan Germain of Penthouse Records, the man behind perennial reggae favourites such as Delroy Wilson, Freddie McGregor, Buju Banton, Morgan Heritage and Beres Hammond.

Virgo sings in the style of other singjays (singer DJs), combining clear, accented vocals with a mellifluous tone. He’s one of those musicians who could be as accomplished both as a singer, in the style of, say, Hammond, or a great DJ.

Talking about great DJs, a decade ago Beenie Man (who was in Harare last weekend for a concert) put out a song called Foundation. It was a track that paid tribute to Sly Dunbar and Robbie Shakespeare, two of the most accomplished producers of old who are still active.

Over the years Dunbar and Shakespeare have been working with diverse musicians, a number of them from other genres. A few years ago it was with soul crooner Amp Fiddler, and their recent offering, Made in Jamaica, is a collaborative effort with French house producer and DJ Bob Sinclar.

The 13-track album features musicians such as ragga DJ Shaggy, singjay Queen Ifrica and Sahara, a Russian pop artist. In an interview earlier this year, he said: “What I’m doing is anti-club. I’m a DJ and I’m passionate about dance music, but I wanted to try to open it up to a different style.”

Made in Jamaica is a varied album, by turns slow and meditative and fast and groovy. The use of a motley selection of musicians means it was always going to be a different offering. A few weeks ago the Mail & Guardian spoke to Shakespeare, one half of the famous partnership, who said they “don’t play with ragga musicians”.

I asked him whether he had problems with how they play. “No, I have no problem with anybody.” Perhaps, having played with all the major names in reggae and ragga over the decades, they are looking for a different crossover sound.

On Made in Jamaica you feel that they are reaching out to a new audience. Even though most of the songs are suffused with a pop appeal, the unmistakeable reggae sound of Sly and Robbie is evident — the insistent drum beat and the resonant strum of the bass.

Perhaps this is why the CD is titled Made in Jamaica. Notable tracks include I Wanna, the pop hit Love Generation remade in a rub-a-dub style, World Hold On and Rainbow of Life.

“Reggae album of the year!” one of my friends enthused. Perhaps not, but it’s not very far off the mark.