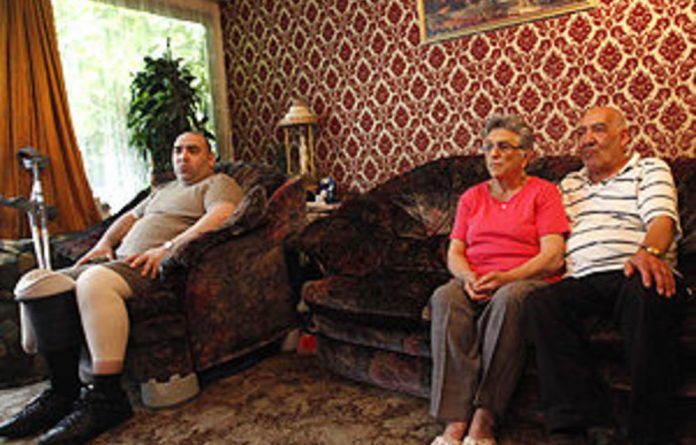 There was acute embarrassment for the British government this week as treasury chief secretary Danny Alexander allowed himself to be photographed with a briefing paper showing that the government accepted that 490 000 public sector jobs would be lost by 2014-15 as a result of the deepest public spending cuts in the UK since World War II.

The cuts, which were finally outlined by Chancellor of the Exchequer George Osborne on Wednesday, will take Britain into uncharted social and economic territory as Osborne announced £83-billion of spending cuts over the next four years.

The cuts will involve massive reductions in university funding, wholesale reform of public housing and further cuts to the welfare budget.

The coalition will also announce that the state retirement age is to be raised to 66 in 2016, 10 years earlier than previously planned and liable to save billions of pounds in the medium term.

It is also expected that there will be big cuts to the budget for sport in schools and the specialist school network will be abolished.

Some departments, including the justice ministry, the department of communities and local government and the culture department, will experience cuts of 30%, involving multibillion-pound reductions in the prison programme and in legal aid.

As many as 10 000 national offender management jobs will be lost. Haggling over the spending reductions also culminated in the BBC being forced to accept a 16% budget cut that will result in its licence fee being frozen for six years and the corporation taking over the funding of the World Service from the Foreign Office.

The result of negotiations left the BBC stunned, with insiders claiming that a licence-fee settlement that would normally take years to thrash out had been imposed in three days. The extra financial burdens imposed are equivalent to the cost of running the BBC’s five national radio stations.

The treasury finally backed off plans to remove child benefits from 17 and 18-year-olds, but went ahead with plans to cut the means-tested education maintenance allowance aimed at largely the same age group.

The document Alexander was photographed with warns that the cuts will “inevitably have an impact” on workers because the pay bill in Whitehall accounts for about half of all departmental spending.

It said that everything would be done to mitigate the impact of redundancies by creating conditions for private sector growth, encouraging pay restraint and reduced hours and supporting redundant employees.

In perhaps the single most radical public service reform to be announced families stuck on council house waiting lists are to be offered a new form of shorter-term tenure at near-market rents as a way of freeing up social housing and filling an almost £4-billion cut in the social housing budget.

The governing coalition hopes the new form of tenure, dubbed “affordable rent” and involving less exacting accommodation, will make it easier to build more social housing, as tenants will be asked to pay up to 80% of the market rent, well above current levels.

Nick Clegg, the deputy prime minister and Liberal Democrat leader, urged his MPs to rally to the standard in the face of what is likely to be a storm of protest at his party’s “collaboration” in the spending cuts, saying it was the right thing to do “to build a fairer and more liberal Britain”. —

Amid the overnight, worldwide crash of the air travel industry, a group of retrenched SA Express employees have an ambitious plan to raise R250-million in seed funding to buy the cash-strapped airline.
Read more
Coronavirus

The ban on alcohol sales does not only affect liquor companies — it ripples lethally through other related businesses such as the bottle and packaging industry, which, if it closed, would mean job losses
Read more
Business