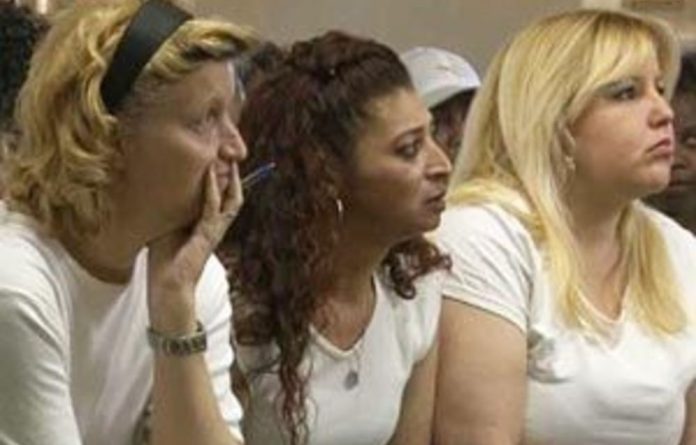 A waning United States cocaine market and growing European market are some of the reasons why South American cocaine traffickers are turning to Africa as a drug-trafficking transit area, says a United Nations Office on Drugs and Crime report, released in November 2008.

According to the report, West African organised crime networks — particularly Nigerian groups — are active in drug markets around the world while South Africa, as the wealthiest African country, offers a huge market for these drugs to be sold.

Cwele and co-accused Frank Nabolisa are on trial in the Pietermaritzburg High Court on one count of dealing in dangerous dependence-creating drugs or conspiring to do so, and two counts of incitement to dealing in dangerous dependence-creating drugs. The latter charge relates to the state’s attempt to prove that the duo had attempted to recruit Tessa Beetge and Charmaine Moss as drug mules in 2008.

Last week the Mail & Guardian spoke to three South African women who are serving time at a Johannesburg female prison after they were arrested for drug smuggling.

All the women claimed they were lured into becoming drug mules, for various reasons, before being set up by the very people they came to trust.

Promise of quick cash
Elhen Dingaan (36) says desperation for money made her agree to smuggle drugs.

Dingaan has been at a Johannesburg prison serving her sentence since January 21 2005.

“I had a problem. I was living with someone and he up and left me. He dumped me and I couldn’t afford rent, the kids, so I approached a friend who approached Nigerian guys. I accepted the offer and went to Brazil.”

According to David Bayever, vice-chairperson of the Central Drug Authority, drug mules from South Africa often travel to South America to get the drugs.

“We know that there is lots of coke-trafficking from South America, São Paulo, other parts of Africa and Europe.”

And more and more methamphetamine is being smuggled from parts of Asia, Bayever says.

Dingaan swallowed 1,5kg of cocaine in Brazil. She was placed in a hotel room where she was tested to see if she could swallow the plastic-covered and Sellotaped thumb-sized “bullets” [bags] of coke.

“The day before they had given me the things [drugs], and the next day I was in South Africa and arrested. Life as I knew it was over.

“While in the queue [on arrival] at OR Tambo Airport someone just called me out of the queue and searched me, but they couldn’t find anything in my hand luggage and suitcase. Then they took me to hospital where they took me for an X-ray.”

Dingaan says to this day she can’t figure out what made her so “brave”.

“At the time I thought I was doing it for my kids, but they might have just lost me. The thing could have busted in my stomach.”

Dingaan says she agreed to swallow and transport the drugs for R20 000, something she now realises was “such a small amount of money for such a big risk”.

Being set up
Dingaan is convinced that the friend who introduced her to the drug lord set her up.

Margo Gouws (27), also an inmate, says this is often the case.

Gouws says there is often more than one drug mule on a flight; however, the mules may not know this.

In her opinion, who gets to get away with it all comes down to who is carrying the largest drug consignment.

“I was the one who had the least amount so I was captured to let the bigger packages go through,” she tells the M&G.

The first time Gouws transported drugs she got away with it.

She went to Brazil where she collected the drugs and carried them around her person as a “body package” before bringing them to South Africa.

“I had a contact at OR Tambo, but was set up after being used as a mule,” Gouws says.

The fist time Gouws was successful she made R20 000 and was promised R25 000 on the last trip, when she was caught.

Gouws says she was friends with one of the drug traffickers who organised the trip to Brazil, but her friend had further connections with what she calls the “important people” in the drug-trafficking game.

Bayever says people are often lured because of the large amounts of money promised, but there are many other reasons why people do it. Sometimes, he says, “these people are users themselves and the drug dealer will lure them into the system by promising to provide them with drugs if they do this”.

Unwilling participants
According to Bayever, some people become victims without even knowing, when drugs are planted in their luggage.

However, Bayever says there are ways to guard against this, such as wrapping your luggage at the airport and continuously checking your bags to make sure that they haven’t been tampered with.

Doreen* was arrested on January 28 last year and was sentenced to 15 years in prison.

“I had a friend who owned a clothing shop. At the time I was struggling financially so my friend said he could pay me if I went to Brazil to buy some clothes for his shop. But when I arrived in Brazil it was a different story.”

According to Doreen, she understood she was to meet people in Brazil to help her buy the clothes, but the people, it turned out, were more interested in her swallowing “bullets of coke”.

She arrived in Brazil in October 2008 and was only scheduled to be there for two weeks but she ended up staying for close to three months.

“I didn’t know anyone in Brazil and I couldn’t buy myself a ticket so I eventually gave in.”

Doreen says she wasn’t nervous when she was called to the side by an anonymous woman on her arrival at OR Tambo’s customs because she knew there was a woman she had to meet at the airport.

Little did she know this would be her arresting officer.

Doreen says she swallowed about 120 bullets, but when she appeared in court most of what she had swallowed was missing.

She says she is sure” the officials at customs took some of it”.

* Doreen chooses not to use her real name.

Hope dwindles for women imprisoned in Thailand for drug trafficking

On the road with heroin smugglers