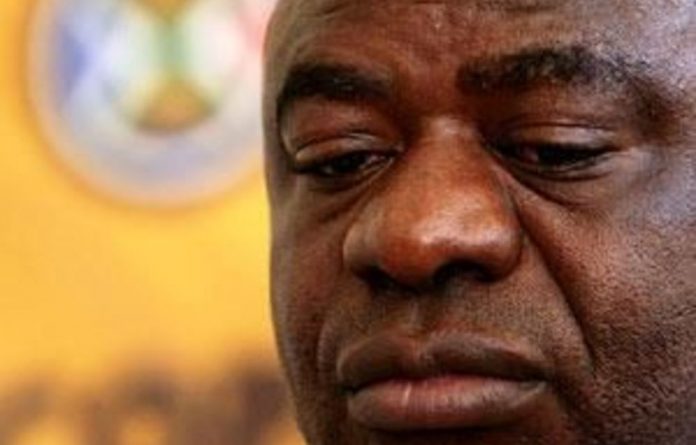 The Congress of the People (Cope) goes to this weekend’s congress national committee (CNC) with a possibility of a split, as the two opposing factions accuse each other of drafting “divorce papers”.

The disagreement on the proposal to delay the conference again to December and the suspension of three senior leaders including deputy president Mbhazima Shilowa, are likely to split the party.

Shilowa’s supporters were this week confident they could survive as a splinter party, but leaders supporting President Mosiuoa Lekota planned to expel them before they could formalize the split.

Party leaders aligned to Shilowa insist that the party is ready to hold an elective congress from Friday November 5, while president Mosiuoa Lekota’s allies are pushing hard for a postponement.

The tensions have divided the party so much that the Lekota group is ready to expel anyone who attends next week’s congress in Bloemfontein.

“If these people go ahead with the conference on November 5 we are going to expel all of them. The suspended leaders are not allowed to participate in anything related to the party,” said a CNC member aligned to Lekota.

Branch audits incomplete
National spokesperson Phillip Dexter said the party was still not ready to hold an elective conference because the branch audits were incomplete. “The fact that there is no membership database, which is the responsibility of an organizing committee, is a problem. We have been promised over and over again that the issue was being resolved but nothing has been done”.

Eastern Cape provincial secretary Archie Ralo said the CNC decision of 13 September to hold the congress next week still stands and his province was doing the final touches for the event. “Our view is that anyone who does not go to the congress on November 5 is an enemy of Cope. They will be colluding with people who said Cope would not survive beyond October of 2009,” said Ralo.

A Gauteng provincial leader told the Mail & Guardian that Shilowa’s backers were aware of plans to kick the deputy president out of the party. “Since Terror and his cronies realized that after derailing the St George’s May conference they still do not have support in the party, their best bet is to split,” he said.

“What they do not realize is that congress is the highest decision making structure of the party and in the likely event that even after suspending Shilowa the people still have faith in him, congress can decide to overturn the decision”.

Dramatic events
It is expected that this weekend’s meeting will be dramatic with Lekota’s group pushing to ratify the congress working committee’s proposal to suspend Shilowa, national organizer Mluleki George and parliamentary administrative head Lolo Mashiane.

M&G sources said the audit report investigating allegations that Shilowa misused the party’s funds is likely to be tabled, in what will be seen as the final nail by Lekota and his allies to end Shilowa’s ambitions to become Cope’s president.