Corruption ‘a serious impediment to transformation’ 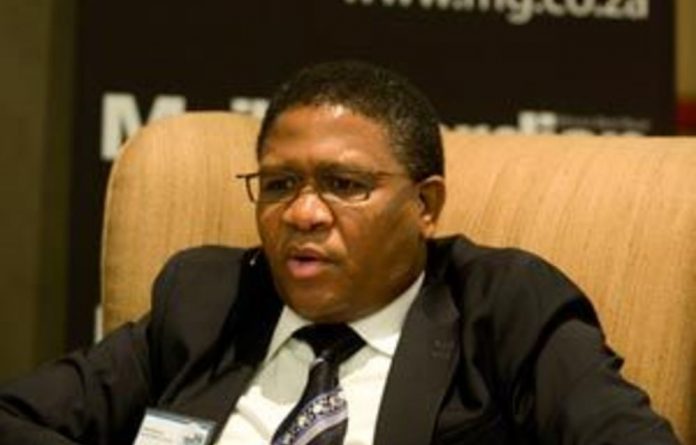 Fikile Mbalula, the Deputy Minister of Police, says there is nothing wrong with wealth but there is “everything wrong” with what he terms “wealth exhibition”.

The recent M&G transformation in focus breakfast debate brought Deputy Minister of Police Fikile Mbalula and Chief Sango Holomisa together to engage on the topic of corruption. In Part 1 they offer their opening statements in response to the central question, “is corruption counter-revolutionary?”

“Can I as a politician in government have the luxury of driving a Ferrari in the streets of Soweto? What am I saying to our people?” Mbalula rhetorically asked civil society, business leaders and government members present at the Mail & Guardian‘s Transformation in Focus breakfast discussion on Wednesday.

The discussion held at Liliesleaf Farm in Johannesburg, which focused on corruption in South Africa, provoked heated debate on what was identified as “a serious impediment to true transformation”.

When asked if the politician driving his or her Ferrari in the streets of Soweto was an indicator of the economic gap that existed between those in power and those who vote for those in power, Mbalula was less clear.

“When we talk about wealth exhibition it goes back to the issue of revolutionary morality and the question of values. It does not mean that you are fake; you have a Ferrari parked at home and when you go to Soweto you go with a Corolla because you are a politician. The fundamental question starts with what guides you consciously as a person.”

He further explained that preconceived ideas of the country’s battle against corruption — such as that it only happens in the public sector — would have to change. Further, “it does not mean that those among wealth, in particular black and African, are corrupt by definition. In fact, blacks in this country in the stock exchange account for less than 5%, if not 5%, of wealth and this economy is still white-male dominated,” he said.

Mbalula added that it wasn’t wrong for ANC members “to partake in tendering for government”, but that it was wrong for anybody in the tendering process to do a shoddy job, “then take cover in the name of the ANC and the revolution. That is corruption and corruption knows no colour.”

A member of the audience commented that the ANC hadn’t taken decisive measures to deal with the motives of some of its own members. “Since 1990 many people have joined the ANC to get jobs and tenders. They are not joining the ANC for revolution, democratic revolution. They have no idea what you are talking about,” the audience member pointed out.

‘Colonialism the father of corruption’
Chief Sango Holomisa, chairperson of the Joint Constitutional Review Committee, agreed with the discussion topic that “corruption was counter-revolutionary”, adding that it in no way advanced South Africa’s “struggle for liberation”.

Holomisa said colonialism was the “father of corruption” in the country.

“The programmes and polices that we have in place are a result of allowing a few of our people, who were deprived over a number of years, to become part of the order that was created by the colonisers.”

In the third and final part of our “Corruption is counter-revolutionary” series, Deputy minister of police Fikile Mbalula fields some tough questions from the audience about government tenders, the ANC’s position on lifestyle audits and more.

He added that for many ordinary South Africans it remained a mystery as to how these few new elite had acquired the wealth that they suddenly now have, “seen in the number of cars, quality of cars and number of big houses they occupy”.

“It’s a mystery and so lends itself to all kinds of speculation like the media often shows,” he added.

Moderator Xolani Gwala then asked about the reasons behind the closing of the arms-deal investigation and whether corruption did not inform the decision taken.

Mbalula responded that the decision to close the arms-deal investigation was made by all countries involved and had nothing to do with protecting politicians.

South Africa 54th least corrupt country in the world
Meanwhile, South Africa was this week ranked 54th out of 178 countries on Transparency International’s 2010 Corruption Perceptions Index (CPI), improving one place from 55th in 2009.

The index, which measures the perceived levels of public-sector corruption, shows that nearly three-quarters of the countries in the index scored below five, on a scale from 10 (highly clean) to 0 (highly corrupt).

South Africa’s score of 4,5 was largely better than its neighbouring African countries but lower than Botswana, which scored highest on the continent at 5,8.

Denmark, New Zealand and Singapore were ranked first, scoring 9,3 on the scale.