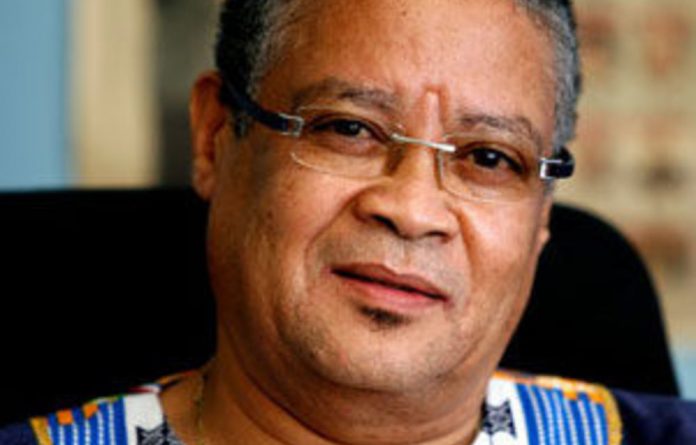 Former Sanef deputy chair Henry Jeffreys was announced as the new editor of The New Age newspaper on Thursday, following the controversial walkout of the fledgling newspaper’s top five editors.

His appointment will come into effect from December 1, taking over from Jeremy Shepherd Smith, the acting editor, who ran the newspaper in the tumultuous days since the former editor left.

Thursday’s announcement caused a flurry of comments on Twitter. Jeffreys is well-respected as the former editor of Cape Town daily Die Burger, and former deputy and political editor of the Johannesburg daily Beeld, where he started his career in the 1980s.

In 2004 he was awarded the prestigious Nieman Fellowship and spent a year at Harvard University in the US.

“I believe The New Age does have a unique and independent view to offer daily newspaper readers and I’m excited about joining the paper,” Jeffreys said in a statement released by TNA.

Close ties with Zuma
The newspaper is funded by the Gupta family who have close links to President Jacob Zuma. It aims to be broadly supportive of government but has only released one preview issue before the walkout delayed the launch date. “The editorial team at TNA is eager to forge ahead and I’m pleased to be an integral member of this new venture,” said Jeffreys.

The group declined to comment about the reasons for their resignation but reports and leaks pointed to a dispute with management about whether the paper was ready to launch, following tight controls of the budget.

“I am very passionate about the journalistic media. It is a cornerstone of our constitutional democracy and a custodian of the right to freedom of speech — in my view the most basic and important of entrenched rights we enjoy as citizens. It gives a voice to millions of citizens who are often ignored by the influential and powerful elites.

“The New Age will generate excitement, as it brings a new voice to a new audience. Much has been said about the end of the printed newspaper but in emerging markets like South Africa, the newspaper is very much alive and kicking,” said Jeffreys. “The New Age is bound to unlock new audiences, giving consumers a new and fresh voice to consider thereby promoting the much needed diversification of the media market. It will also enrich the public discourse.”

Afrikaans background
While his background is in editing Afrikaans newspapers, Jeffreys said in the press release that editing an English newspaper “will not be a problem because there are editorial and publication processes which are universal”.

“To distinguish your publication from the crowd you have to do certain things differently through your stories and articles and the manner in which you present and package them,” he said, “and different newspapers cater for different audiences with specific information needs, even between same language newspapers”.

Managing editor Gary Naidoo was unavailable for comment when the Mail & Guardian tried to contact him but said in the press release: “Henry has over 30 years of editorial and other experience behind him and we are certain he will bring his own unique voice and style to the paper. Watch this space; we’ll have more announcements soon!”

Following the walkout, the newspaper immediately advertised the vacant posts.

“Henry has a lot of experience having come from the Media24 stable, where he played his part in Afrikaans news. So clearly he brings that experience to the table and is someone who understands the challenges the media faces and has played a part in Sanef interventions in those kinds of areas.”

Papayya added that it was always Jeffreys’ intention to come back to the mainstream media.

“Any media entry into the market must be welcomed and him leading is a good opportunity given the [delayed] launch of the paper.”

Papayya says she is sure he was brought on board because the publication “needed someone and fast”.