Africa must choose its own path 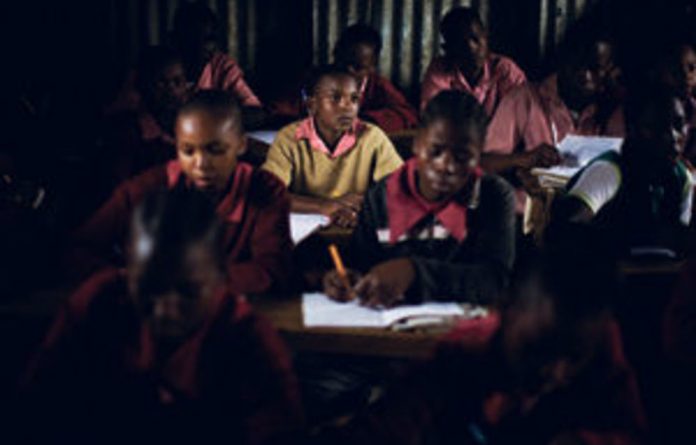 Ambiguous education policies in many African countries to a large extent undermine development aspirations in the continent.

Education policymakers in sub-Saharan Africa, like their counterparts in other parts of the world, are attracted by the possibility of using policy design and implementation as tools for changing and directing people’s attitudes to development. It is often assumed that education policies can be used to drive economic growth in Africa. Unfortunately, many of the policies that are put in place do not reflect the unique nature and challenges of Africa — they are alien as they are often largely imported from the West.

The situation can be likened to transplanting an exotic plant to a different environment — while most die in their new alien environment, a few flourish and push out the indigenous plants. Equally, alien policy initiatives often push aside notions of indigenous knowledge and practices, which are better suited to our environment.

It is a sad fact that many policymakers on our continent merely adopt policies that were designed in and for other parts of the world. These remain underdeveloped and the policy implementers often struggle to interpret them in an African context. In this way, many education policies turn out to be little more than burial caskets in the development experiences of African countries.

Are education policies able to influence the direction and speed of African development? Or are schools (which policies are meant for) and their management more influenced by the global political economy and external models of policy design and implementation?

Many African countries attempt to tackle their development challenges using policy designs and implementation strategies described by educationist Jonathan Jansen as “political symbolism”. This practice fails to consider that the bulk of the population is ill equipped to contribute meaningfully and effectively to the ascribed development status using those policies.

Immediately after independence most African countries believed that policies could deliver nation-building, rural development and education for all, among other aspirations. These education policies are often developed with many unrealistic expectations — to provide universal and equal access to education, to reduce unemployment and poverty, to impress donors, to comply politically with the demands of globalisation, to show the importance of particular political groups and to propagate the sometimes profane aspirations of a select few powerful individuals in the society. The list goes on.

Now let us return to the central concerns of policy studies and raise a question about culture. What is the place of culture in policy design and implementation strategies in Africa? We agree that Africa is inseparable from her culture. One expects that education policies in Africa should at least be able to respond to Africa’s unique challenges, needs and demands. We all know that the global society is increasingly putting pressure on Africa (which is regarded as underdeveloped). How far should the continent go in conceding to external pressure without permanently ­damaging its prospects for true development?

My worry about using education policies to contribute to the transformation of African society extends to the “education for all” and “girl child education” policies, which are increasingly recognised as national and global responsibilities.

The World Bank’s Fast Tracking Initiative, which was designed to help countries achieve the millennium development goals of universal primary education and gender equity by 2015, has significantly expanded enrolment figures in primary schools in Africa, but it has been under-resourced, has promised more than it has delivered and has had unfortunate consequences for quality teaching and learning in many primary schools.

Most scholars assume the positive contributions of the Western model of education to development in Africa. However, the influences and overall development value of specific Western policy preferences on education in the unique African context has not received sufficient attention. The complications in this regard are not easily appreciated by outsiders because it is the one that wears the shoe who knows where it pinches.

What I am arguing for is that we must address important aspects of external policies that have influenced African development.

African societies have unique challenges, perceptions, attitudes, environments and practices that are mostly influenced by our cultural capital, which in turn is often ignored by legislation and policy designs.

African education policies should aspire to include practical and strategic measures that take into consideration the cultural experience and capital evident across the continent and so be able to deal with our uniquely African challenges. Until we diagnose our problems as Africans, and honestly confront them to the best of our abilities, we may continue designing alien policies that perpetuate a state of underdevelopment.

The possible explanation for this situation could be that education policymakers, eager to design what they consider to be in the best interest of developing Africans, borrow from the West without looking critically at the unique challenges and conditions of the continent. I believe that this tendency has been driven, at least in part, by a desire to be seen as “modern” and so escape from the pejorative label of “a backward continent”. As globalisation deepens, this tendency is likely to get worse if it is not consciously checked.

In their current forms the existing education policies in many African countries are weak as catalysts for meaningful development. As long as policymakers continue to perceive the functions and strategies of these policies merely as a way of identifying with global trends, instead of a means to effect decisive influences on African development, policies will remain alien and therefore will bury Africa’s development potential.

The state is expected to request a 16 week-long trial, as delays stymie progress in the saga.
Advertising