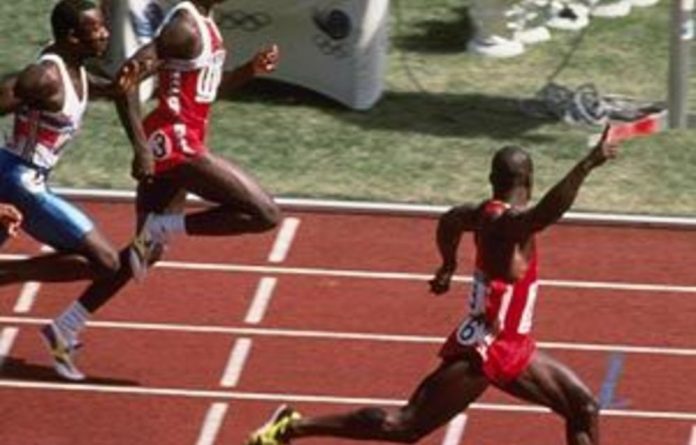 Twenty-nine years ago, in late September 1981, the most infamous story of corruption in world sport began.

Ben Johnson, a shy and stuttering 19-year-old Jamaican sprinter who was still battling to adapt to a strange new life in Canada, listened in puzzlement to the coach he revered. He had weighed only 44kg when he first met Charlie Francis, but Johnson had been transformed into a sprinting powerhouse by his coach’s rigorous training regime.

Francis’s boundless ambition, however, encouraged him to introduce a subject that changed Johnson’s life forever. The older man spoke slowly and carefully as he steered his athlete down a path that, eventually, would end in shame. In 1988 Johnson became a disgraced Olympic 100m champion who is still branded the most notorious cheat in sporting history.

Now, early on a Sunday morning in late 2010, Johnson says softly that it is time to examine the story again. He will publish his autobiography, Seoul to Soul, this month and, in the leafy surrounds of Richmond Hill on the outskirts of Toronto, the 48-year-old speaks without the stammer that once scarred him. He describes how Francis, who had been like a second father to him, sold the idea of doping with murky logic.

“Charlie said over a few conversations,” Johnson remembers, “that you cheat only if you’re the only one doing it. This means if the other guys are doing it, and you start doing the same thing, it’s not cheating. It took me a while to follow his advice. I took it home and I didn’t share it with my mother.”

Johnson, citing his own emotional immaturity and intense vulnerability, makes it sound as if Francis was redefining the truth of cheating to a child.

“I said to myself, ‘why should I do this clean when everybody else is cheating? That’s unfair.’ I chewed it over in my mind for about three weeks and then I said, ‘Charlie, I’m OK with it. Let’s go.'”

Seven years later, and after a systematic doping programme, Johnson smashed the world record in 9,79 seconds as he won the 100m final at the Seoul Olympics. He was soon stripped of his gold medal and sent home to Toronto in near hysterical humiliation after a drugs test revealed the presence of an anabolic steroid, stanozolol, in his system.

A further five sprinters in that 100m final, now described as the most corrupt race ever run, have since been tarnished by varying doping controversies. But Johnson remains the symbolic figurehead of all that went rotten in sport. The guilt left him ostracised and depressed.

Seeking redemption
Johnson is now seeking some kind of redemption. “A lot of people will criticise me because they don’t want the truth to come out. They’ve buried me so deep, it took me 22 years to get out of the hole. But I’m finally coming out of this hole, by the grace of God, and it’s time to tell my story.”

The book has yet to be seen by anyone outside his circle at a small independent publisher, but Johnson believes it will shock the sporting world. Beyond his admission of doping, Johnson suggests his drink in Seoul was spiked with a drug he had always avoided.

“I stopped taking steroids six weeks before the Games. I wouldn’t be that dumb to take anything so close to an Olympic final. And the amount of steroids found in my system could have killed a normal man. I tested positive for stanozolol, but I was using other steroids.”

A confessed doper becoming the victim of a drug smear is a complicated story, which Johnson says was suddenly simplified when the person who supposedly tampered with his drink, someone he calls “The Mystery Man”, approached him. “He made contact and I met him. My drink was spiked. I can’t go into too much detail here, but it helped me to hear what happened. I have a witness who was with me and he revealed everything. He explained how it happened and what he did and it all made sense. The world will be shocked by these revelations but, at the same time, lots of people have said there was some sort of problem in 1988 and I was set up. It was a mystery for 22 years but the mystery will soon be over.”

Why would Johnson have been set up? “The reason why is sponsors. That’s the main reason. I don’t want to say too much here, but it’s all in the book.”

The implication is that corporate forces paid the “Mystery Man” to frame Johnson because they did not want him to win Olympic gold. Without seeing his evidence, scrutiny of Johnson’s charge will have to wait. But the trauma can still be seen in his face and heard in his voice.

“When they got me and I tested positive, I called my mother. I said, ‘Don’t worry, mom. No one died. It’s going to be a tough journey but I will survive it.’ But it was much tougher than I ever expected. I wouldn’t expect another human being to go through what I did — especially the first year.”

The sprinter was in a dark depression when, three years ago, he was introduced to Bryan Farnum, now his closest adviser and friend.

“I took a call from another friend who knew Bryan and he said, ‘This person can help you.’ He was right. My depression healed, as did my anxiety. But I actually had depression at 17. I had to take care of my niece, nephew and mother. I took on that responsibility as a young boy.

“It’s been painful looking back, but Bryan said I must forgive myself before I forgive others. It is now the biggest fight of my life, to tell the truth about myself and what really happened.”

Johnson has been a perennial outsider since, at the age of 14, he left Jamaica with his mother. His stutter and accent isolated him in Canada. “It was very tough because my language wasn’t good. In Jamaica we speak patois so people here couldn’t understand me. I didn’t come across very well.”

Did loneliness fuel his desire to succeed as a sprinter? “Yes. I was not accepted by my classmates. They mimicked me. But I knew God had given me a talent and this was the life I needed to live. I was driven by many things and Charlie Francis played the part of a father figure. I looked up to Charlie for guidance and it’s just too bad he left us early because he was a brilliant man when it came to sprinting.”

Johnson’s refusal to blame Francis for his downfall is so steadfast that, earlier this year, he acted as a pallbearer at his coach’s funeral. “Charlie did a lot for me. No one can ever replace him.” Yet Johnson also says: “I put a lot of trust in lots of people all my life. My mom said, ‘Don’t trust nobody.’ But I did. That’s always been my weakness.”

Bitterness
Olympic sprinter Carl Lewis, however, has not been trusted or liked by Johnson for decades.

“He wanted all the glory and he didn’t want anyone to share the title of the world’s fastest man. When he won four gold medals at the 1984 Olympics, I was happy for him. I had no animosity for Carl Lewis. But when my time came to shine, it was a big problem for him. He couldn’t accept it.”

Lewis’s reputation has suffered, and he has also been hounded by doping allegations. “He’s a little bit hostile now and a little bit in remorse,” Johnson says. “But we will see how things play out after the book is published.”

The bitterness between them runs deep and Johnson admits he still watches races where he beat Lewis — particularly the 1988 Olympic final. “Sometimes I watch it or it’s shown on television again. I think, ‘Wow, I was really, really fast then!'”

Johnson argues that, rather than making him run faster, the steroids worked primarily as a placebo. But surely they helped him train harder and recover quicker? “It’s more a psychological boost. It doesn’t make you faster. If athletes just use what is naturally inside them, I believe they can achieve their goals.”

He has intimated before that 40% of professional athletes could be involved in doping today. He says: “I’ve just seen an old friend who is an agent on the circuit. He said, ‘Ben, you can’t even imagine what’s going on out there these days.’ I said, ‘I know what’s happening.’ He said, ‘Ben, it’s a joke. It’s nonsense.’ I don’t want to go into too many details, but nothing has changed.”

Johnson laughs, suggesting he could have run faster than Bolt’s 9,58 seconds if he had raced on modern tracks, free of steroid abuse. He is also convinced he will soon feel cleansed.

“It’s going to be a new life for me. When I was racing, it was like I was blindfolded. But I can see now. I wouldn’t have gone that route if I could see what I see now. I would have taken another road.” –