Govt to apply ideology to adspend 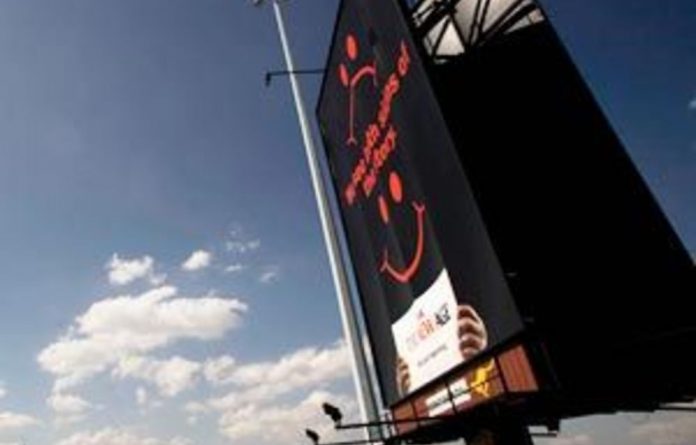 Government is centralising control of its R1,7-billion annual advertising expenditure in a move said to be designed to shift money towards “patriotic” media outlets such as the SABC and the The New Age newspaper.

The Government Communication and Information Service (GCIS) last month issued a tender for a media agency that specified a 12-month contract to provide strategic advice and “a transfer of skills” to the GCIS after which “the entire media buying process will be brought in-house”.

One advertising source familiar with thinking at the GCIS said there was talk of allocating 60% of spending to the SABC and about 30% to the The New Age. Though the GCIS does not control all state departments’ decisions on where to place adverts, it is an important conduit for big advertisers such as the departments of water affairs, health, labour and human settlements.

Themba Maseko, the chief executive of the GCIS, confirmed to the Mail & Guardian that the GCIS was reviewing its communication strategy. “This includes how much we spend, where the audience is, what messages we need to put where, and whether at the end of the day, government gets value for taxpayers’ money,” he said. “Whether and how we change the adspend will be informed by this review.”

Asked specifically if 60% of the GCIS’s adspend would be channelled to the SABC, Maseko said this would depend on the review.

He said the GCIS had decided to move its media-buying capacity in-house after a review showed an external agency was unable to save government money because “we have to pay agencies from the same budgets”.

“Also it is not totally in-house, the strategy and planning element will still be outsourced,” he said.

Government adspend is substantial: it grew from R927-million in 2004 to R1,7-billion last year — an increase 26% higher than the growth in private-sector advertising.

About 52% of government’s advertising budget goes on TV and radio and 41% on print.

“They want to break the camel’s back, which is Avusa,” the advertising source told the M&G.

Tokyo Sexwale’s Mvelaphanda group has a significant shareholding in Avusa, which could contribute to making it a target of those opposed to Sexwale’s political ambitions.

The M&G was informed that The New Age‘s owners, the Gupta group, took legal advice on the question of government advertising even before the newspaper was set up. The Guptas are close to President Jacob Zuma and his family.

Suggestions of significant government advertising plans for The New Age are backed up by a staff member at the paper. Asking not to be identified, The New Age staffer said: “The word among the advertising department was that more than 30% of government’s adspend would be coming to The New Age. There was no other money and very limited income from other sources.”

The same staffer said that 60% of the advertisements for special Heritage Day edition of The New Age came from government. “And if you examine that edition closely, you’ll see the other advertisements are also closely linked to the Guptas and their business interests, specifically Sahara. Those ads were traded on Gupta business connections.”

Maseko said: “The New Age is not yet in the marketplace. We do not know what its circulation will be and what segments of the market it will reach. Depending on answers to these questions, it will certainly be considered in our media mix.”

‘Impressed with its business model’

One national departmental official was allegedly so desperate to be included in the Heritage Day edition, he told the paper the cost of ads was no object because his job was on the line.

Three Free State provincial government departments had a direct order from the province’s premier, Ace Magashule, to advertise in the edition, according to The New Age source.

The provincial government took out two full-page ads in the Heritage edition of the paper and placed an insert.

Magashule’s spokesperson, Wisani wa ka Ngobeni, told the M&G that The New Age had approached the department. “We were impressed with its business model,” he said. “There was a lot of interest and it was an exciting initiative. The paper improves media diversity in South Africa and has to be supported,” Wa ka Ngobeni said.

The Free State provincial government placed ads in other papers as well: “We’ll support any publication as long as we are convinced it adds value,” he said, pointing out that the paper’s focus on the provinces was a clincher.

Wa ka Ngobeni denied that the premier was involved in the decision, saying it had been taken by the communications team. He said the Free State provincial government used its own locally based media-buying company, not the GCIS.

The new GCIS media strategy is spearheaded by Thoko Modise, appointed chief director of the Communication Service Agency (CSA) in November 2009. The CSA is responsible for bulk media buying and media production on behalf of government and for managing government’s “corporate identity”.

Modise, previously a general manager at SABC3, took the GCIS’s media strategy in a direction that apparently led to conflict with the organisation’s then-media agency, Mercury Media. But Maseko said Modise did not have the power to dictate where departments should spend their money.

Mercury’s contract was not renewed and expired on August 31. The M&G understands that the GCIS still owes Mercury about R5-million and that, as a result, Mercury has had problems paying some of its creditors, such as the SABC and Media24.

About 80% of Mercury’s business came from government, the M&G has been told. Sipho James, the business director of Mercury, did not want to comment on the GCIS’s decision to terminate its contract. “We are restructuring now and focusing more on strategy and planning. Media-buying is only one part of our business.”

SABC spokesperson Kaizer Kganyago was unwilling to disclose the broadcaster’s strategy for attracting more government revenue and whether it was eyeing 60% of state spending. “We fight for revenue like anyone else,” he said.