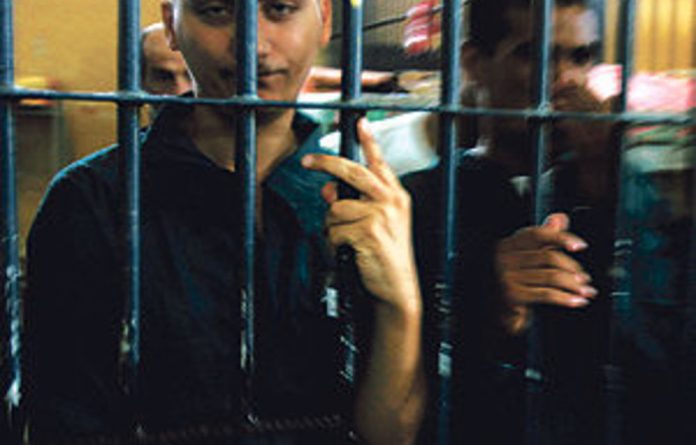 The British military has been training interrogators in techniques that include threats, sensory deprivation and enforced nakedness in an apparent breach of the Geneva Conventions.

Secretly drafted training materials, leaked to the Guardian, tell interrogators they should aim to provoke humiliation, insecurity, disorientation, exhaustion, anxiety and fear in the prisoners they are questioning and suggest ways in which this can be achieved.

One PowerPoint training aid created in September 2005 tells trainee military interrogators that prisoners should be stripped before they are questioned.

“Get them naked,” it says. “Keep them naked if they do not follow commands.” Another manual prepared about the same time advises the use of blindfolds to put prisoners under pressure.

A manual prepared in April 2008 suggests that “Cpers” (captured personnel) should be kept in conditions of physical discomfort and intimidated. Sensory deprivation is lawful, it adds, if there are “valid operational reasons”. It also urges enforced nakedness.

It also suggests that interrogators tell prisoners they will be held incommunicado unless they answer questions.

The 1949 Geneva Conventions prohibit any “physical or moral coercion”, in particular any coercion employed to obtain information.

All the British classified training material was produced after the death of Baha Mousa, the Iraqi hotel receptionist tortured to death by British troops in Basra in September 2003.

Some of it was created after a United Kingdom army inquiry into the abuse of Iraqi civilians concluded, in January 2008, that, although a number of cases had been a cause for “professional humility”, ill-treatment had not been endemic.

Last month the Guardian reported that British soldiers and airmen have been suspected of responsibility for the murder and manslaughter of Iraqi civilians in addition to Mousa.

The victims include a man who was allegedly kicked to death on board a Royal Air Force helicopter, another who was shot by a soldier of the Black Watch after being involved in a traffic incident and a 19-year-old who drowned after allegedly being pushed into a river by soldiers serving with the Royal Engineers.

Next month, at the High Court in London, lawyers representing more than 100 Iraqis who were held and interrogated by British forces between the March 2003 invasion and April 2007 will argue that there is compelling evidence that they were systematically tortured.

The abuse, documented by a team of lawyers led by Birmingham attorney Phil Shiner, includes 59 allegations of detainees being hooded, 11 of electric shocks, 122 of sound deprivation through the use of earmuffs, 52 of sleep deprivation, 131 of sight deprivation using blackened goggles, 39 of enforced nakedness and 18 allegations that detainees were kept awake by pornographic DVDs played on laptops.

At a preliminary hearing, a High Court judge said it appeared to be accepted by the UK ministry of defence that there were “arguable cases of ill-treatment” and added: “It appears also to be accepted that there is an arguable case of something ­systemic.” The court is not thought to be aware of the recent training material seen by the Guardian. —

President Barack Obama has vowed that the US will never waver in its fight against terrorism as Americans mark the 10th anniversary of 9/11 attacks.
Read more
Advertising
Continue to the category
Politics