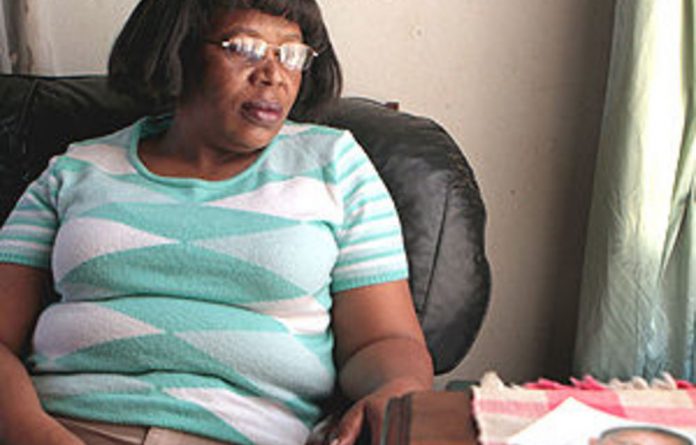 Did 14-year-old Leon Booysen take his own life, hanging himself by his trousers in a cell at the Heidelberg police station?

Were the injuries discovered on his body, particularly around his anus, evidence of a terrible crime committed on the boy before he died? Or were they incurred during the post-mortem or subsequent toxicological examination?

Last Friday, October 22, was the fourth anniversary of Booysen’s death. Yet, in spite of ongoing attempts by the family’s lawyer, no inquest was ordered until the Mail & Guardian readied this story for print.

On Tuesday afternoon, after several attempts to get official comment, the family received confirmation that formal inquest proceedings would finally begin on November 23.

Questions
It has been an extremely rough four years for Booysen’s aunt, Sylvia Minies, an Eersterust spaza shop owner. Booysen was the child of Minies’s brother, but she brought up the boy from the age of two. When he was 14, he was made a ward of the state and sent to Emmasdal High School in Heidelberg.

Minies has been consumed by the need to find answers to the questions continually reeling through her mind about his death. Why was she not told of his arrest until seven hours after his death? What happened in the Heidelberg police cells? If he hanged himself, why were there no marks on his neck? And who wrote the English suicide message in toilet paper on the floor of his cell, because he spoke Afrikaans?

‘It is a matter of grave concern when a child dies in police custody,” said Morgan Courtenay, an attorney at the University of Pretoria’s Centre for Child Law, who is acting for Minies.

‘Since April this year, I’ve logged more than 40 phone calls to various people concerned with this matter — the prosecutor, the inquest clerk, the investigating officer and others — to try to ascertain where this case is going. We waited three-and-a-half years for a toxicology report because of an alleged backlog in the state laboratories dating back to 2005.

Because an inquest is pending, many of those involved in the case won’t discuss details on the record. Repeated attempts to reach Tlali Tlali, the department of justice and constitutional development spokesperson, by phone, email and SMS failed. As matters stand, the main hold-up appears to be the delayed toxicology report.

All that Minies knows about the case is what she was told by Superintendent Balaraman Govansamy, the officer now commanding the Heidelberg police station: that Booysen was arrested for stealing bread from the hostel kitchen at the school, where he was a boarder.

According to a reliable source at the school, deputy headmaster Ewert Pistorius was on duty that Friday night. Booysen was reported missing in the afternoon and it was assumed he had absconded and gone home for the weekend. At about eight o’clock, two teachers reported that the boy had broken into a hostel kitchen and that ‘some articles” were missing.

Pistorius, who did not live on the property, was telephoned and instructed the teachers to call the police, who then took the boy to the Heidelberg police station. On Sunday, the school was informed that Booysen had taken his own life.

Nowhere to go
Govansamy said: ‘We told the school to fetch the boy that Friday night because it was his guardian. They said he was a problem child and they didn’t want him. We had no alternative but to keep him because all the places of safety were full.

‘Everyone liked Leon, the teachers and the children,” said another senior source from the school. ‘Not one teacher could believe he committed suicide. Nor any of the boys. In my 40 years of teaching, I’ve seen many children with those kinds of tendencies. Leon was never like that.”

Minies first heard of Leon’s imprisonment at 5pm on Sunday night, seven hours after his body was discovered. ‘It was an inspector. He said: ‘Leon is dead.’ Just like that,” Minies recalled. ‘Then he asked me to come to Heidelberg to identify his body. I asked him to please not move his body until I got there.”

The following morning, when Minies, accompanied by two friends, arrived at the police station, she said she was told by Govansamy that Booysen’s body had been moved elsewhere, just 10 minutes before their arrival. ‘[Govansamy] told me he thought the body had been sent to Germiston, but he wasn’t sure. They also told me I wasn’t allowed to see his body because I would interfere with evidence.

‘I asked for his clothes and was told the pants were being kept as evidence. They said there was nothing else except a pair of shoes.”

Shocking discovery
Minies asked to see the cell where Booysen was found. ‘What we saw in that cell was truly unbelievable,” she said. ‘There was a message on the floor made from letters cut out of toilet paper. It was stuck to the floor with bakseep [soap scum] and read, ‘I am dead. I hang myself. Beware!’

‘The note was in English, but Leon’s language was Afrikaans. He never spoke English, never mind wrote it. We wanted to take photographs but they wouldn’t allow us to.”

Ten days later, at Minies’s insistence, her own undertakers took Booysen’s body from the Germiston state mortuary to Eersterust, where she wanted her nephew buried. She wanted to wash his body herself to prepare him for burial.
But what she discovered gave her nightmares every night for more than a year, especially the injuries around his anus.

Sun Lai, the undertaker who helped to prepare the body for burial, said: ‘I was disturbed for days and days. In all my years as an undertaker, I’d never seen anything like this.”

‘If I hadn’t insisted on undressing him and washing him, we would never have known,” said Minies, who photographed the injuries and trauma on the boy’s body.

Minies laid a complaint at the Eersterust police station on November 7 2006, which was submitted to the SA Human Rights Commission (SAHRC), about her treatment by the Heidelberg police.

Responding to the commission on December 27 2006, Govansamy said: ‘It is not true that no details could be given to Mrs Minnies [sic] or that her request was refused to view the body of her nephew. The post-mortem was to be conducted in Germiston and she had been advised to go there. An inquest was conducted. The report has not been received as yet.”

‘I showed her the cell where the boy had written a message, but she said I wasn’t cooperative. I went out of my way to help her. I personally visited her at her home in Eersterust and updated her about the investigation. I told her the post-mortem report showed the boy’s injuries were consistent with hanging and also personally phoned her about the toxicology report this year.”

Although Minies confirmed that Govansamy had visited her in December 2006, she said it wasn’t good enough: ‘He promised me the case would be properly investigated and he would update me regularly. I haven’t seen his face or heard from him since.”

Meanwhile, a grieving family waits for answers and is still struggling to come to terms with the child’s death.

‘I need to know what happened to Leon, for this never-ending story to end,” said Minies. ‘In my quiet moments, I still hear him screaming for help.
‘It is so painful for me when Leon’s brother and sister, Brandon and Michelle, ask me all the time, ‘Why? What happened to Leon?’”

Carolyn Raphaely is a member of the Wits Journalism Justice Project, which investigates alleged miscarriages of justice