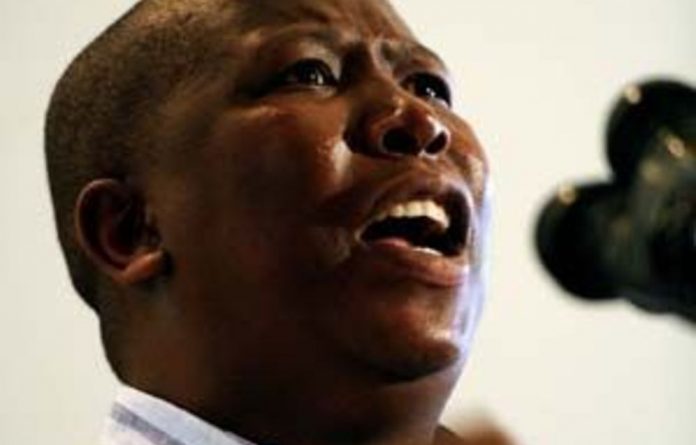 Julius Malema on Saturday told ANC Youth League supporters in Stellenbosch that Western Cape premier, Helen Zille, was a cockroach and must be voted out of power.

“We have no respect for Helen Zille. Why are we asked to respect a person who built open toilets. Helen Zille is a representative of apartheid,” Malema told a crowd of about 3 000 people in Cloetesville outside Stellenbosch at a rally marking the 66th birthday of the youth league.

Malema was referring to ongoing dispute over provision of toilets in the Makhaza area of Khayelitsha.

“If Zille had her way, she would declare the Western Cape an independent republic. You have put a cockroach in Cabinet and we need to remove that cockroach by voting the ANC into power,” he said.

Malema was followed on stage by President Jacob Zuma who said the ANC remained determined to establish a media appeals tribunal.

Exploration of need for tribunal
Zuma said the ruling party would not allow the media to undermine the right of the poor.

“That is why the ANC in its wisdom called for the exploration of the need for a media tribunal.

“The organisation will continue processing the resolutions of both Polokwane and the NGC [national general council] in Durban in this regard,” he said.

“We resent the lectures we are given currently that the ANC is suddenly hell-bent on curtailing the media.”

Zuma said South Africans must have a debate on how to define media freedom in the context of their society.

Zuma also called on voters in the Western Cape to return the ANC to power in the province, before breaking into his trademark song Umshini wami.

“There must be no part of South Africa where the ANC does not lead our people to a better life.”

The rally appeared to kick off the ANC’s election campaign in the province for municipal polls next year and marked the first time Zuma and Malema jointly addressed supporters after months of tension. – Sapa