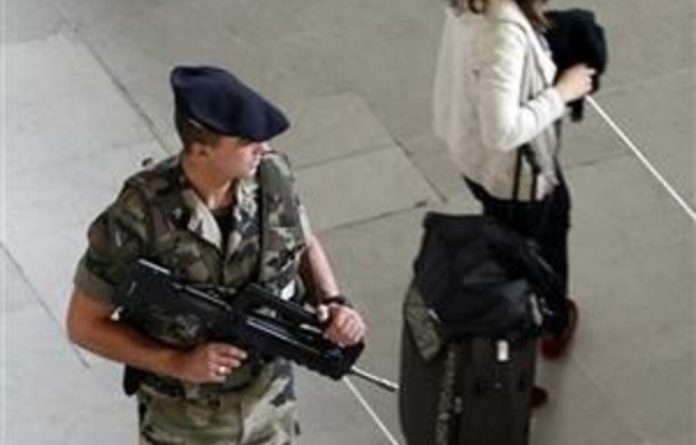 Yemeni security forces were on Sunday searching for suspects who posted bombs on two US-bound flights after arresting a woman over an alleged al-Qaeda plot that sparked a global air cargo alert.

The woman was detained on Saturday after being tracked down through a cellphone number written on the explosives-filled packages, which were found on freighter jets in Britain and Dubai the day before, Yemeni officials said.

In the United States, counterterrorism chief John Brennan said on Sunday there was no intelligence indicating there were any additional parcel bombs from Yemen, although he refused to rule out the possibility.

“I think we have to presume that there might be and therefore we have to take these measures but right now we do not have indications that there are others that are out there,” Brennan told NBC’s Meet the Press news show.

“We are trying to get a better handle on what else might be out there, that’s why we’ve taken exceptionally prudent measures in my mind as far as preventing packages coming in to the United States from Yemen.”

Meanwhile in Yemen, where officials had said they were examining 26 other seized packages, hundreds of students rallied at Sanaa University calling for the release of the woman a rights group identified as Hanan al-Samawi (22).

The Hood rights group’s Abdul Rahman Barman earlier said he doubted Samawi was behind the plot as she had no known Islamist links and al-Qaeda was unlikely to have left behind an incriminating phone number.

Barman said his group received information that “all employees” from the Sanaa offices of FedEx and UPS — the services on which the packages were reportedly posted — had also been detained for questioning on Saturday.

Stringent measures
The arrested woman, a medicine student at Sanaa university whose father is a petroleum engineer, was held with her mother, said a Yemeni security official.

Security forces had closed the offices of the US firms on Saturday, while setting up barricades in most areas of the Yemeni capital, checking the identification of car passengers.

Stringent measures were also imposed around the world as British Prime Minister David Cameron said the bomb found in his country was apparently designed to blow the aircraft out of the sky.

US officials have said the two intercepted packages were addressed to synagogues in Chicago.

US President Barack Obama has made it clear he suspects the involvement of al-Qaeda in the Arabian Peninsula (AQAP) — the Yemen-based branch of Osama bin Laden’s extremist network — and vowed to wipe out the organisation.

Cameron said of the bomb discovered at East Midlands airport in central England that authorities believed “the device was designed to go off on the airplane”, possibly over British soil.

Dubai police said the parcel bomb found there bore the “hallmarks of al-Qaeda”. It involved the high explosive PETN hidden inside a computer printer with a circuit board and cellphone SIM card attached.

Asiri’s brother Abdullah attempted to kill the Saudi deputy interior minister in August 2009 in a suicide attack that reportedly involved explosives concealed inside his own body.

PETN, or Pentaerythritol tetranitrate, was used in that attempt by would-be “underpants bomber” Farouk Abdulmutallab and also in 2001 by attempted shoe-bomber Richard Reid.

The New York Times reported that investigators said the bombs intercepted on Friday were expertly constructed.

The one discovered at Dubai airport was concealed in a Hewlett-Packard desktop printer, with high explosives packed into a printer cartridge to avoid detection by scanners, it said.

The bomb discovered in Britain was also hidden in a printer cartridge, the report said.

The cargo scare presented a new twist as Western authorities have usually focused on dangers to passenger jets following the September 11 2001 attacks, when al-Qaeda hijacked planes and struck targets in New York and Washington. – AFP