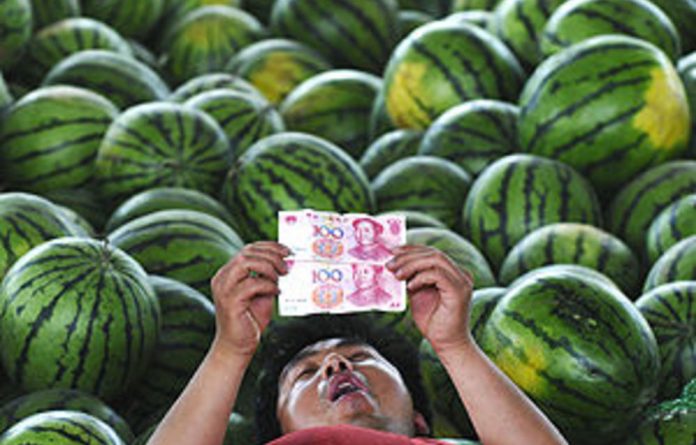 Timothy Geithner, the United States treasury secretary, said he believed China was now committed to allowing its currency to rise in value, when he attended hastily arranged talks with officials in the port city of Qingdao.

The unscheduled meeting with Chinese Vice-Premier Wang Qishan to discuss the rising economic tension between the two countries followed a G20 finance ministers’ meeting in South Korea at which officials pledged to avoid currency manipulation, although they stopped short of setting targets for trade imbalances.

The Qingdao meeting came against the backdrop of the Obama administration struggling to contain the domestic political fallout over its battered economy.

The US deficit, much of it incurred with China, is seen as one important factor behind unemployment rates sticking at a historic high of 9,6%.

No details of the meeting were given, beyond the bland statement that the two finance leaders “exchanged views on US-China economic relations”.

But the invitation from Wang for Geithner to visit China signals a degree of willingness on Beijing’s behalf at least to talk about the intensifying US complaint that it is artificially holding down its currency.

Risk of currency war
The World Bank has warned that unless leading nations find a way of reaching agreement, there is a risk of a full-scale currency war.

The yuan is widely seen as being at least 20% undervalued, which drives up Chinese exports but has also amassed a US trade deficit with China of $227-billion last year.

Geithner said there were promising indications that Beijing was prepared to allow the yuan to rise beyond its recent gradual appreciation.

“They’re an independent country, a large economy, they need the flexibility to run their policies in a way that makes sense for China,” he said. “That requires that their exchange rate move up over time as they’re now doing, and we want to see that continue. They’ve got a way to go, but I think they are committed to do that. I think you’re going to see them continue to move.”

Geithner has been steadily raising the pressure on China to get it to show more flexibility in its monetary policy. He has been rolling out his proposal that surpluses and deficits on countries’ current accounts should be capped at roughly 4% of GDP.

G20 meeting
He recently presented a letter to the G20 meeting of finance leaders from the industrial and developing nations in Gyeongju, South Korea, in which he laid out his vision of how the widening global economic ­imbalance could be reduced.

Countries with persistent deficits — notably the US and other industrialised countries — should move to encourage greater savings and boost exports, whereas those with sustained surpluses, such as China and Germany, should shift their exchange rates to encourage increased ­domestic spending.

In a thinly veiled attack on China, the letter called on G20 countries to “refrain from exchange rate policies designed to achieve competitive advantage by either weakening their currency or preventing appreciation of an undervalued currency”.

The G20 finance ministers agreed to a joint position in which they would “pursue the full range of policies conducive to reducing excessive imbalances and maintaining current account imbalances at sustainable levels”.

The mere fact that such a statement could be made, and that China was even prepared to discuss currency imbalances within the G20 framework, was being seen as a sign of movement on Beijing’s part.

The ragged state of the US economy looks certain to deliver to the Obama administration a drubbing in the upcoming mid-term elections. —